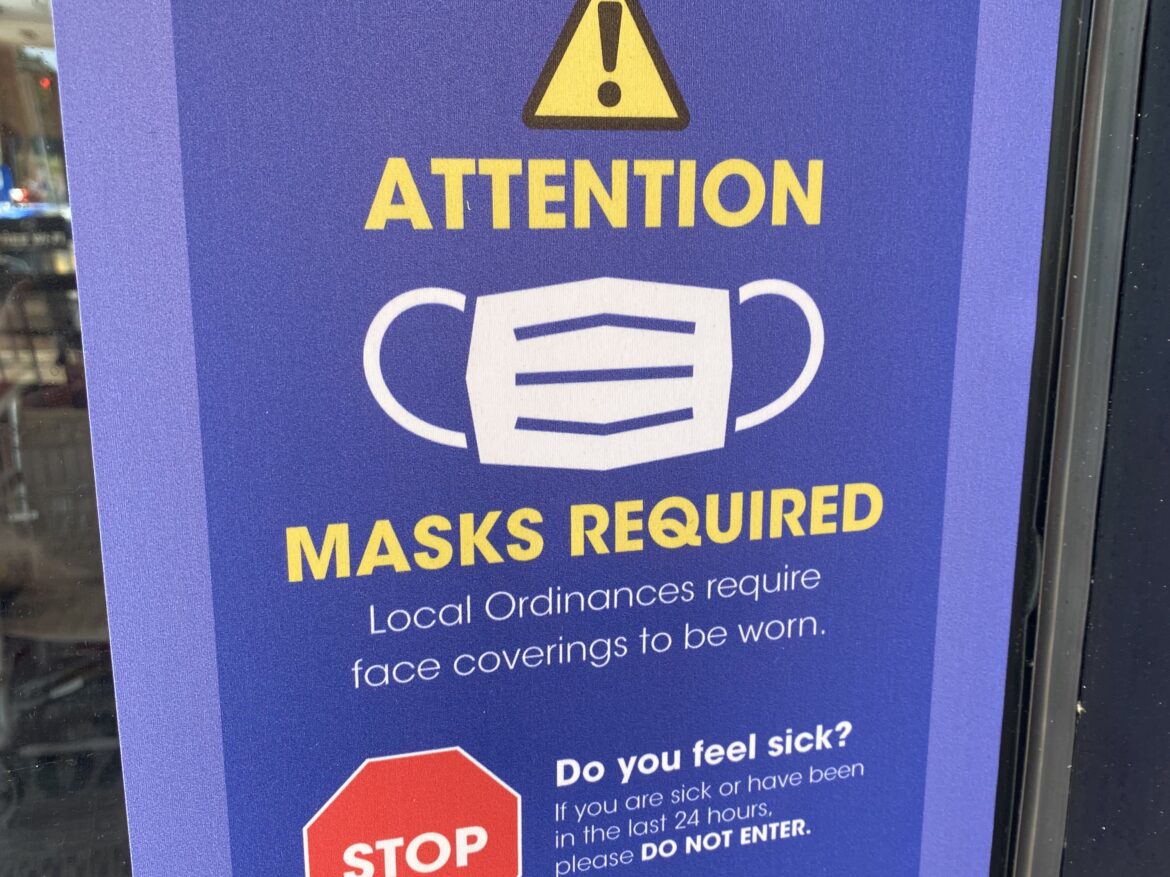 Following a 10-to-1 vote by City Council, Toledo Mayor Wade Kapszukiewicz has signed a required mask ordinance into effect. Signage such a this can be seen posted on storefronts around the city.

TOLEDO — No mask, no service is now the new normal in Toledo.

“Businesses are required to ask people to cover up,” said Toledo City Council President Matt Cherry. “If those individuals choose not to comply, then the business owner has the every right to say ‘no mask, no shirt, no shoes, no service’ and to ask them kindly to leave.”

Ten out of the 11 present council members voted to approve the new citywide mandate which went into effect on July 14 following July 13’s special council meeting and Mayor Wade Kapszukiewicz’s signature of approval. Violators of the new ordinance face a $150 fine.

“Is there anything legally to do if you assault an individual as a result of them asking you to wear a mask in a particular facility?” said councilman Larry Sykes. “How can we keep them outside?”

“It would be the same thing as if you didn’t want them coming in because they were causing trouble with something else,” said council member Nick Komives. “If they would not leave, you would call the police.”

Sykes and fellow councilmen Tyrone Riley and Gary Johnson were all in attendance on July 13 despite recently being charged with bribery and extortion; the remaining charged council member, Yvonne Harper, has not made a public appearance since being initially arrested on June 30.

The now effective mask mandate requires proper face covering for all indoor public places of business as well as anywhere outdoors where social distancing cannot be practiced. For restaurants, patrons are required to wear a mask while walking to and from the table, but not while seated. Other exemptions include all children 6 and under as well as anyone who cannot wear a mask due to a conflicting health condition.

“It’s simply about us. You put the mask on and the other people put the mask on, because it’s about all of us.” said councilman Sam Melden. “I’m at this moment lately in life where I feel I have to state the obvious over and over and over. We’re all in this together.”

The only council member to vote “No” on the ordinance was the council’s sole republican, Rob Ludeman. Ludeman said he has not received the most recent updates on the legislation, which included new language exempting schools from the mandate.

“Keep in mind,” said Cherry, “most schools in our area already have social distancing guidelines put in place.”

As Toledo citizens grapple with the new normal of mandated masks, the city council must grapple with working with its accused members pending their requested suspension from the Ohio Attorney General David Yost.

Kapszukiewicz along with Cherry, co-wrote Yost a letter July 13 asking for the immediate suspension of all four council members charged with bribery and extortion. So far, Yost has made no public response.

The next city council meeting is scheduled for July 28.