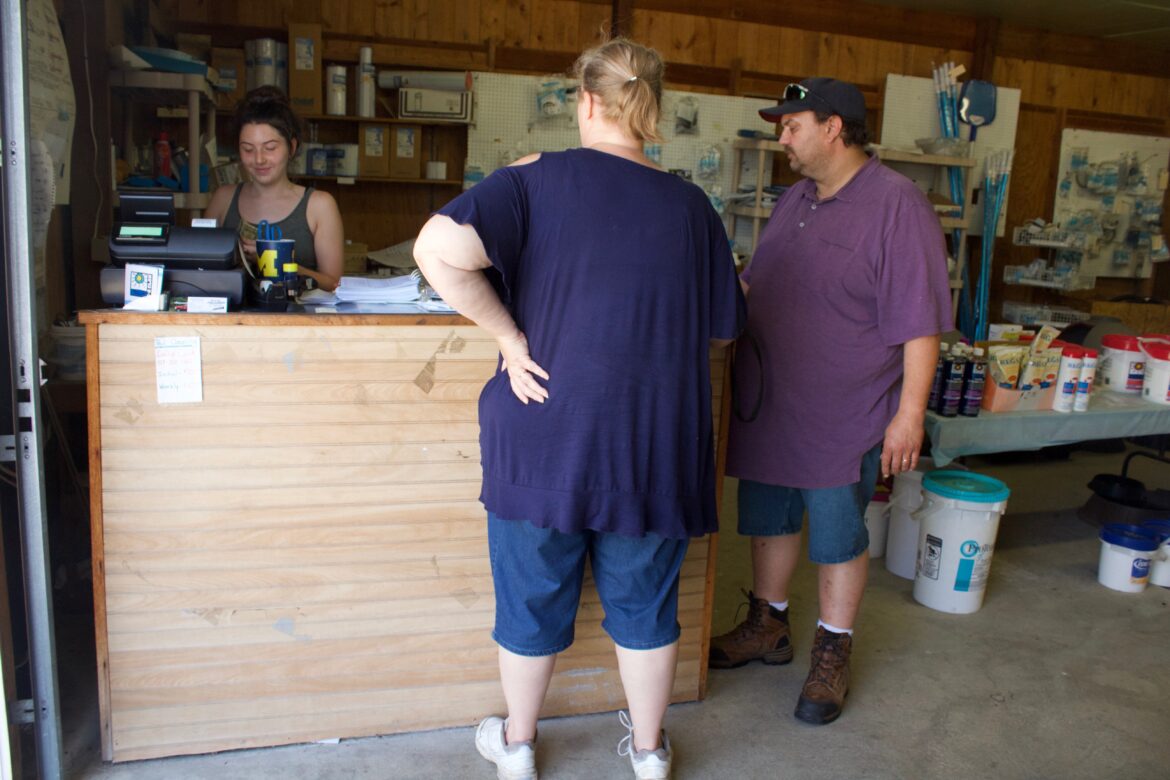 COVID-19 might have taken the splash out of summer as a record setting heatwave moved across the state in early July.

When temps stayed in the 90s for more a week, residents in Hillsdale County were struggling to find above-ground pools and, once full, pool supply warehouses are starting to look like graveyards.

Manufacturing has slowed down drastically and prices of supplies have increased as a result of the shutdown, as one business co-owner described it.

Lynette Clark, 54 of Camden, said she was searching Facebook Marketplace for an above-ground for her two grandchildren to use.

“It has been crazy,” said Clark. “You can’t order a pool at this point.  We’ve been looking at marketplace and we bought a used pool, which didn’t go well for us, so we bought another used pool.”

She said the first used pool she bought along with a new liner had some rust and only held water for four days before it blew out.

She said, “I think so many people are stuck at home that they decided to put in pools because what else are you going to do?”

Clark said she noticed used pools on the marketplace, that people had not set up yet, selling for nearly double what the stores sold them for.

Burt Frank, co-owner of Franks Pool located in Osseo, with 44 years in the pool business said; “It has been terrible. You can’t get parts. You can’t get anything.”

Today, Frank said he operates behind the scenes more and handles the paperwork side of things alongside Jennifer Cook and her husband Brian.

“My most outstanding year was in 1988, her husband was working for me then, and we put in 22 in grounds and 48 above grounds,” said Frank.

Frank said he doesn’t believe his business will ever surpass the success he had in 1988, even without manufacturing issues this year, due to increased manufacturing from China.

Jennifer Cook, 52 of North Adams, whose husband has worked with Burt for 30 years and currently co-owns Franks Pool, said she believes people are trading in money saved for vacation to purchase a pool, however manufacturing setbacks have limited their in-store stock.

Cook said, “There is a demand for a lot of above grounds because people aren’t going on vacation, so they want to spend their vacation money on above grounds, however we haven’t gotten any above grounds in going on six weeks.”

She said their suppliers once had fully stocked warehouses that our now empty.

“We order from suppliers that have warehouses,” said Cook.  “They were full at the beginning of the season and then once their supply was dispersed out to all the pool stores, now they say their warehouses look like graveyards.”

Algae 90, a chemical that Cook found out from her supplier is no longer in production, is used to keep algae from growing in pools, something that grows more easily under warmer temperatures.

In an attempt to stock up before fall Cook said, “They are so behind on all their chemicals that they quit producing Algae 90 and so we are trying to order what we think we will need for the rest of the season in the fall, before we can’t get it.”

She said the suppliers raised the prices of chemicals at the beginning of the season, but Franks Pool has not increased the price aside from that.

“Pricing went up at the beginning of the season just because our suppliers have gone up,” said Cook.

Cook said her and her husband have had a tough time getting chemicals, filter systems pumps liners and in ground pools, but she is thankful very few customers have been upset with them.

“A lot of the customers that have come into the store have been understanding because it’s happening everywhere,” said Cook.