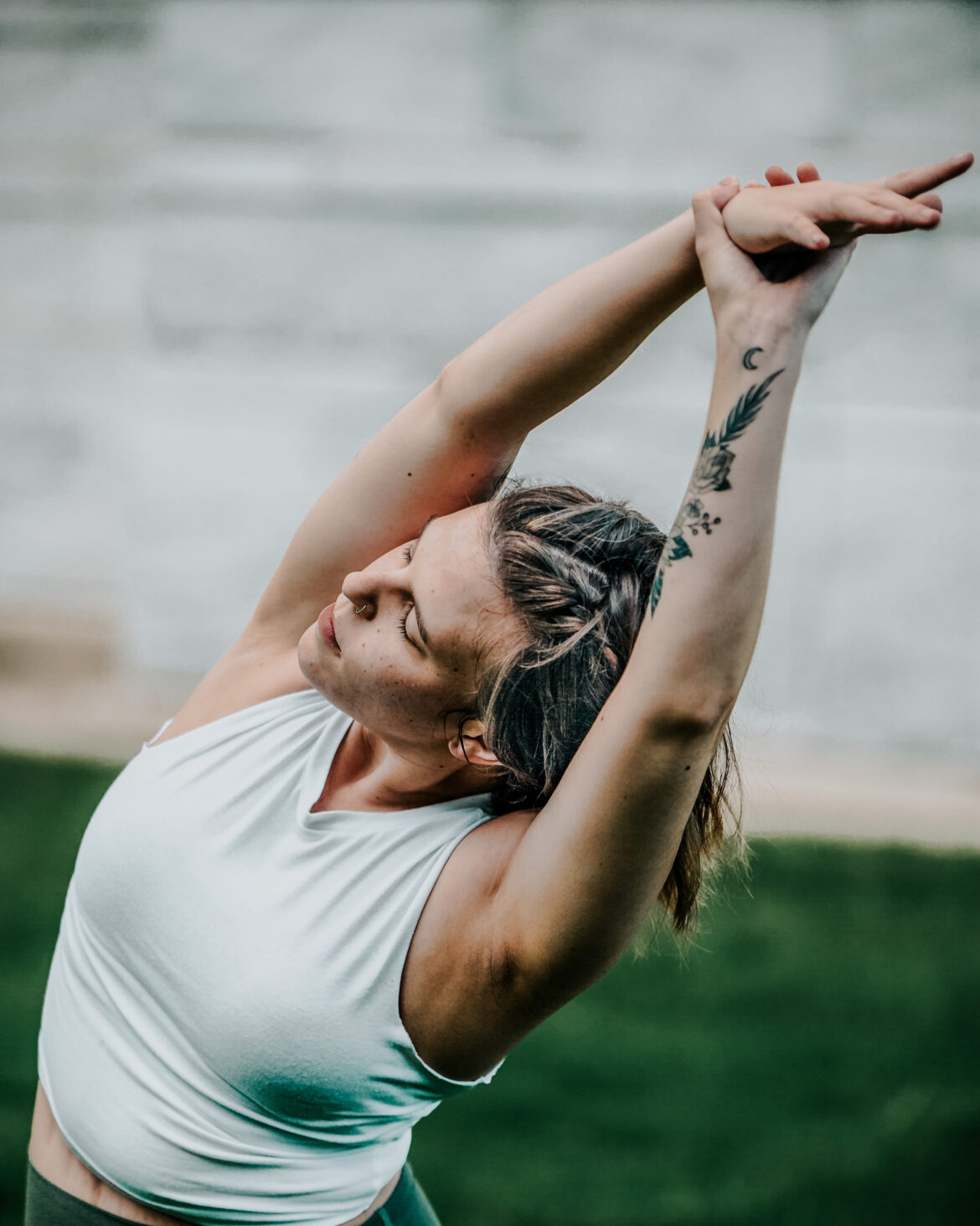 Lindsey Yoakum stretches during an outside yoga class

“Yoga has saved me,” is a common expression stated by yoga teachers and practitioners alike.

“I’m a different person [because of it],” said Daniel Johnson, yoga practitioner. “I have this whole thread of joy that I never had before.”

Due to COVID-19 shutting down exercise facilities such as gyms and yoga studios, there is now a greater demand for different methods of exercise. That is why Citizen Yoga has curated alternative ways for yoga practitioners to enjoy an hour’s worth of peace and quiet with their Zoom classes and new, free outdoor yoga at Grand Circus Park in Detroit. The summer classes began June 21 and take place every Sunday at 7 p.m. through Aug. 30.

Lindsey Yoakum, yoga teacher for Citizen Yoga Detroit’s summer community classes, is one of the people that teaches in Grand Circus Park. She said the outdoor classes were started to provide accessible yoga to people who cannot make it to an online yoga class during the week.

“I think because it’s in a park and it’s in more of a community setting, people who have never tried yoga before are more drawn to the park classes because there’s not really pressure to be in a studio with other people who have practiced for x amount of years,” said Yoakum. “I feel like there’s less pressure, so people are more prone to show up.”

The benefits of yoga extend much farther than just physical health. It aligns people with their energetic bodies and their minds, said Laruen Laudani, a yoga instructor teaching outdoor classes at Citizen Yoga’s Royal Oak location.

“To actually feel energetically present with other humans is a transformative thing, and it’s felt like a completely different energy in a really positive way, being able to teach outside in physical proximity to other humans,” said Laudani.

Laudani said that the response to the outdoor classes has been overwhelmingly positive.

“I think it’s great seeing how many people are showing up for themselves,” said Yoakum. “There has even been quite a few little kids who have shown up and they are just so excited to move their bodies and laugh, and it’s been a lot of fun.”

Laudani has also noticed a great response from her students, to the point that it had even gotten emotional because everyone missed being around one another and being in other human beings’ presences.

“The fact that we’ve just been able to be outside, fresh air, cool breeze on your skin, seeing the sky, and then being able to look in one another’s eyes even though we’re six feet apart, still, just having your mat near another human without there being a screen between us has been overwhelmingly positive for all of us, teacher and student alike,” she said.

For many teachers and their students, yoga has especially helped them be able to cope with the tough emotions and feelings that have arisen throughout the pandemic.

“It’s helped me kind of just be balanced mentally and physically, really just stay aligned in my purpose and what I want to do and how I want to be perceived and give back to the community,” said Tania Mayberry, a yoga student.

For Johnson, yoga is a method for handling compression and stress, making it the perfect activity for dealing with the stress of the pandemic. However, he found himself uncomfortable at first with people walking through the public space that he was doing yoga in. With time and understanding that this outdoor space is just a liminal space, he was able to find comfort in the chaos.

“I’ve transformed it, and now it’s my safe space again,” he said. “And so it’s been really cool to turn a place that used to make me feel uneasy into this workshop where I go now to feel good again.”

Laudani has found her purpose through yoga, especially during the pandemic.

“There’s been a very palpable heaviness that the weight of this pandemic has kind of breathed,” said Laudani. “Yoga has given me some purpose, being able to log onto that screen and know that I have to be present for the people there, and then feeling them and feeling their gratitude. It has been my saving grace.”