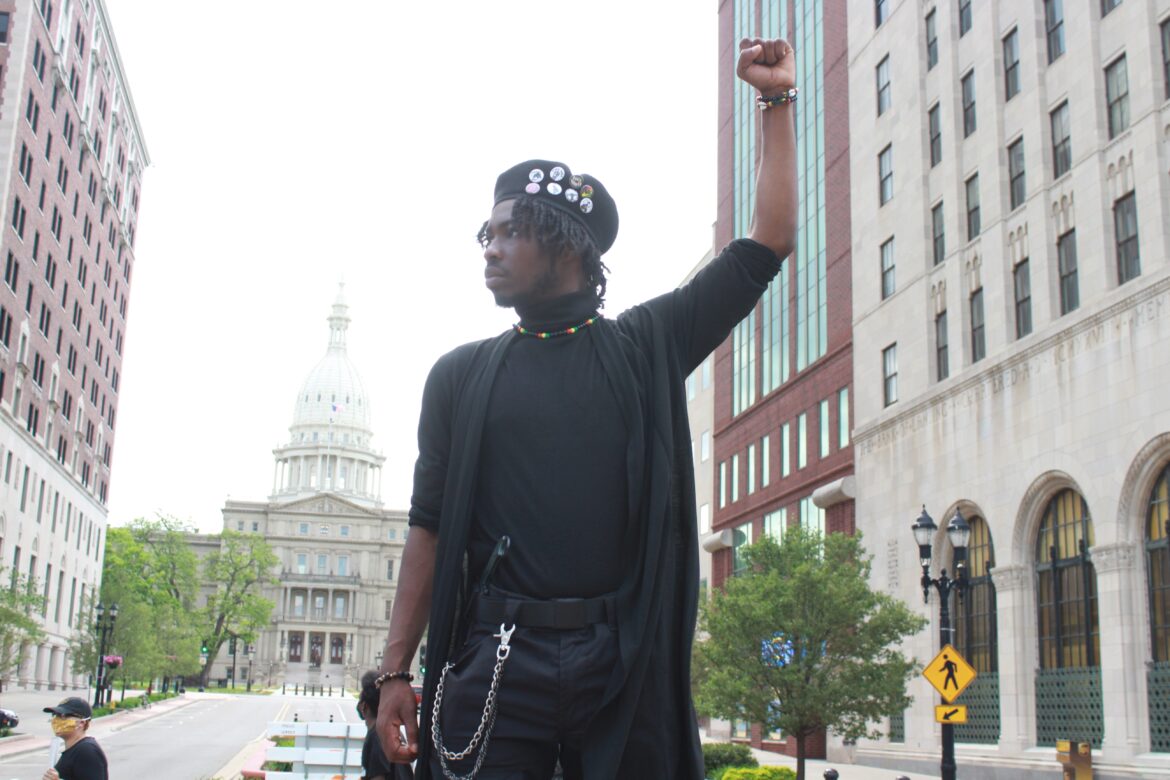 It has been a busy year for protests at Michigan’s Capitol building — and it’s only June.

Chavuin has been charged with second degree murder, and there have been charges brought against the other officers involved.

James Henson, who protested June 5 said, “My general outlook is more like my people had enough of being treated the way they have been treated with 400 years of slavery, then 30 years of not being heard by doing protest and stuff like that.”

Henson said he doesn’t feel black people have received the same freedom in this country as white people.

The protestors gathered with signs that read “Black Lives Matter,” “remember George Floyd,” and “privilege is why you think something is not your problem.”

Henson described the larger message of the protest as seeking transparency.

He said, “Charge them [police] for a crime, just like you’d normally charge somebody if they were to hurt somebody else.”

Not every Lansing resident is in agreement.

Andrew Mackenzie, a resident of Lansing who identifies as a conservative said: “I think you can oppose police brutality in general which favors everybody.  I don’t think you have to divide it out racially.”

Mackenzie said he hopes the officers involved are held accountable, however he does not believe America’s problem is systematic racism, instead citing the education system as a major issue.

“I think it’s largely economic and educational minority communities that are underserved educationally. It carries into college,” said Mackenzie.

Some protesters in Lansing displayed their desire to defund the police, but Mackenzie explained his perception of life without police.

He said, “Riots 24/7, nobody’d be willing to leave their home.  Bands of people with guns looking out for each other and law and order would break down entirely.”

Law enforcement has been adapting to everything by listening, says Lt. Darren Green of the Michigan State Police Department.

Green said the police have used this event to reflect on how to proceed into the future.

“I know our colonel has just come out and said it’s an opportunity for us to take a hard look in the mirror and examine everything we do as an agency to make sure we are doing it the correct way and in line with what the current expectations of society are, and that we are trying to treat everybody fairly with respect,” said Green.

Green said he supports his community exercising their First Amendment right to protest their frustrations.

Green said he believes that Chauvin did not act within the boundaries of justified force.

“From a defensive tactics standpoint in how we control a subject or the type of force used to assess an arrest, I feel like from what I’ve seen that officer in Minneapolis went way above and beyond and outside the scope of necessary force,” said Green.

Green said: “It’s absolutely safe to say that a large majority of the protestors were there for the right reasons and to exercise their first amendment rights, and it looked like there was just a small group of people amongst the masses that had other things on their agenda and wanted to create destruction and violence.”

Green said since Floyd’s death, the MSP has been hearing the frustrations and listening to the negative experiences with police from the community.

“It’s an opportunity for us to work with people to make us better,” said Green.