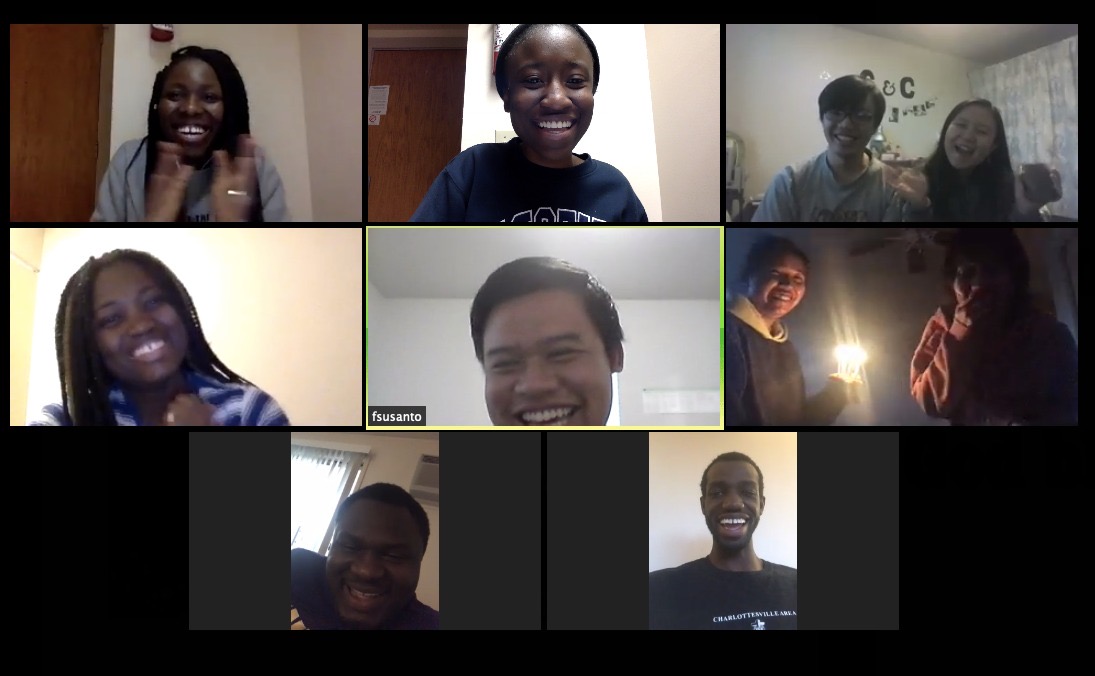 It was just after 8 p.m. April 2 when Fredrika Anggelina’s roommate shouted for her to come to her room. When Anggelina went in, her roommate was there with a birthday cupcake.

She had her laptop on and turned it to face Anggelina. And there they were: friends scattered on Zoom, singing “Happy Birthday.” She blew out the candles.

“I was in tears because I didn’t expect anything to happen in this crisis,” Anggelina said. “But they still managed to arrange a surprise call.”

As the coronavirus pandemic pushes people to quarantine and practice social distancing, families and friends who are used to celebrating together in person are being pushed to the virtual world.

Anggelina, a first-year master’s student in School of Social Work at Michigan State University, said that day would be her most unforgettable birthday. Celebrating it in isolation together with a couple of friends attending virtually was not something that she had in mind.

“I usually celebrate it by having dinner with friends,” she said.

After an hour-long Zoom call that included a toast with everyone’s drink of choice, Anggelina and friends said goodbye and promised to check up on each other more often.

Concern about COVID-19, the disease caused by the novel coronavirus, has brought the world to a halt. In Michigan, a statewide stay-at-home order has kept many people at home since March 24.

Tamoha Siddiqui had originally wanted to celebrate her March 19 birthday dancing in a bar all night long. But since all the bars in East Lansing–and across the state–were closed March 16, she had decided to cancel that. She even cancelled a backup plan for dinner at her apartment with few close friends.

“I have a pre-existing health condition, so it’s better to take precautions,” she said.

Instead, she spent the special day alone doing self-care, including yoga, a long hot shower, and cooking. That afternoon, a friend knocked on her door with a cupcake. She blew out the candles from 6 feet away.

“I was really touched. When someone puts in an effort for you during this crisis, It’s an extra step.” Siddiqui, a graduate student at College of Education, said.

For Elin Triwibowo, an East Lansing resident, her birthday in March took on a grave mood. Her husband usually would take her for dinner along with their two daughters.

“In isolation like this, the day just ends without something out of ordinary,” she said.

Triwibowo said she didn’t even have the motivation to reply to birthday messages from friends on her Facebook wall.

“It just didn’t feel right to be all cheerful in this crisis,” Triwibowo said.

Indri Maulidar is a graduate student at the School of Journalism, specializing in science and environmental journalism. She is a Fulbright scholar from Indonesia where she started her career as a young journalist primarily covering politics, political corruption, and national policy.