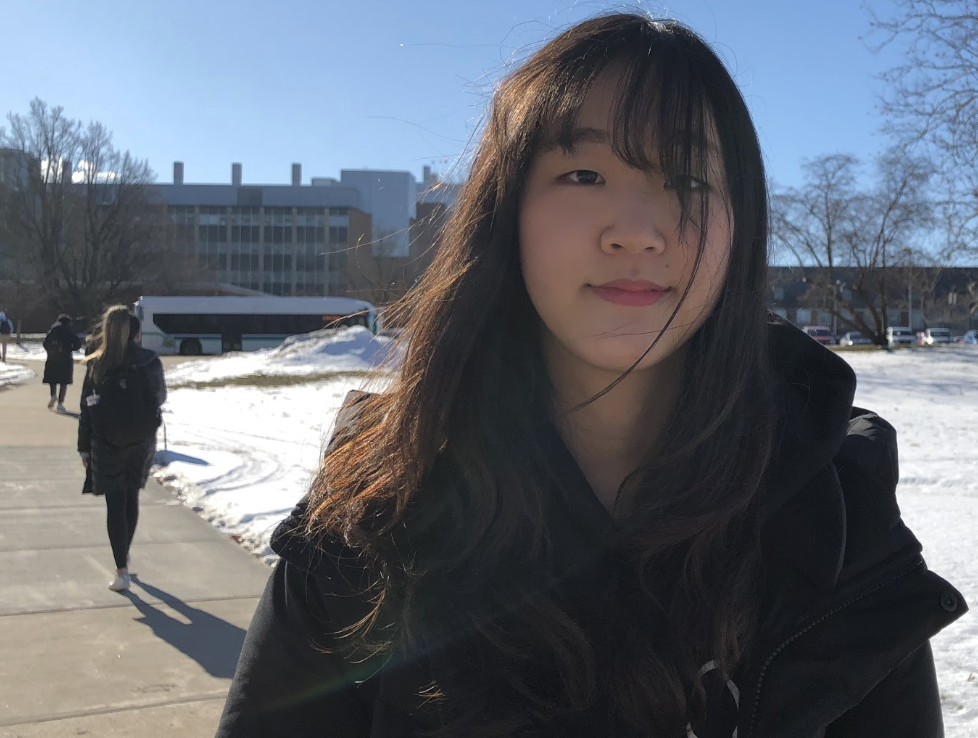 Sea Yeon Kim: "I think it is a really good thing to celebrate both genders.”

The United States might acknowledge International Women’s Day, March 8, but it does not celebrate it as other countries do. One such country is Russia, were people celebrate their female loved ones with gifts and thank-yous.

International Women’s Day has gone through some transitions, said Zarema Kumakhova, an assistant professor who lived in Moscow before she came to teach Russian language at Michigan State University.

“At first, it was really celebrated as a political day because it was like, all women have to celebrate it because women got equality,” she said.

The day is for appreciating all the women in your life, said Kumakhova.

“You would call if you could not visit, or you would send a postcard to all the dear women in your life. I always wrote my grandmother a card,” she said. “You give some little presents to your mother, to your sister, to your grandmother. Of course, men would give presents to their wives, to their daughters and to their babushkas.”

A typical International Women’s Day would be full of little gifts from women’s families, said Kumakhova.

“My brother and my father always did something nice for us. They would buy a cake and would give us flowers,” she said.

Russian women have won more  rights over the years, Kumakhova said, and did  so before American women.

“In a way, what American women are going through right now, is like Russian women went through that in their due time because we had to work. My mother worked, my grandmother worked and there was nothing strange about that. But here, women started working not so long ago.”

South Korea has a celebration like Russia’s said Sea Yeon Kim, an MSU sophomore from South Korea. She said holidays like these are important and that the United States should partake.

She said, “it would be good, you know, how women and men, they are both equal. I think it is a really good thing to celebrate both genders.”

“It’s actually like a holiday, but it’s not extravagant … It’s a holiday and women are celebrated and oftentimes your dad or brother takes you out to dinner with your other female family members.”

Living in the United States has taught her what it means to be a woman in other countries, said Gimenez.

“Depending on where you’re from, it can be very challenging (to be a woman)  I know that my country is a very misogynistic country, like the culture is still very oppressive toward women, so coming here has definitely taught me a different perspective on life. And I think things should change, but I can’t say much.”

“If we aim toward more progressive standpoints, like we say we do, then we should celebrate women, too, just like other countries that are even less progressive than we are.”

Hannah Sullivan, an MSU sophomore, agreed. “It would be nice if we had something like that in America, specifically because we tell ourselves we are progressive, but we don’t act like it. We don’t have maternity leave, we don’t have paternity leave. A lot of people are forced to go to work because they can’t take off.”

McClellan said, “There would be some arguments from men if the United States honored International Women’s Day like a holiday.”

“I do think a lot of people would have opposing views because, I mean, we had meninism–that was thing for a little bit–and people actually took that seriously, and so we would get cries from men saying ‘but what about men’s day?’”

Sullivan said women should be celebrated not only for how far they have come, but who they are as people.

She said, “anyone who identifies as a woman should be celebrated for who they are, their history, who they came to be. It doesn’t necessarily have to be the pure history of women, but just celebrate women, man!”