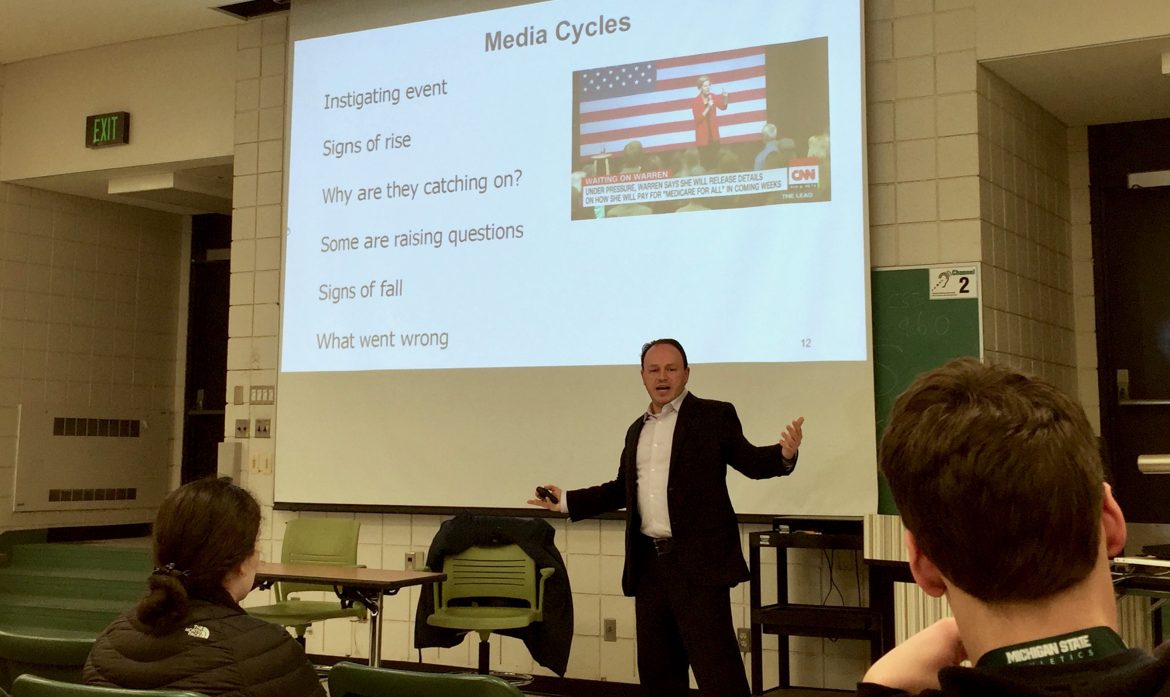 Matt Grossmann, director of the Institute for Public Policy and Social Research, explains the role media plays in elections during his Five Things to Know About the 2020 Primaries event.

In the past two decades, the number of social media platforms has expanded significantly. All of these and the many other forms of media have allowed news to move across the world in seconds.

Matt Grossmann, director of the Institute for Public Policy and Social Research, on Feb. 18 after his Five Things to Know About the 2020 Primaries event said, although social media has allowed some people to become hyper-informed, there are still plenty of people who are more interested in sports and entertainment, not paying much attention to the campaign at all.

“More people used to know who their governor is, but fewer people knew who the vice president was,” he said, “Now you can pay attention to the news you want and it’s the national, presidential news. So it’s made our focus more national.”

Social media has given users the ability to follow news outlets and have more say in what shows up on their timeline as well as choose the diversity of the outlets it comes from. However, this has not changed the internal perceptions of the news people have.

“I think the thing most people misunderstand is, if you see regular news, you’re still interpreting it through your partisan bias,” said Grossmann, “So even if the news itself is not biased, your consumption of it is still going to be.”

With so many platforms available for use, celebrities, government officials, and other influencers are able to connect to a wider audience.

Michigan State University student Faik Rahib, said, “Now that government officials are using social media you can kind of get to know them on a personal level, too.”

By getting involved in multiple platforms of media, there are many ways political candidates can use social platforms to express their messages.

Robert Mothersell, a Michigan State University student, said the influence of social media varies from person to person, so candidates “can definitely use it to their advantage, but at the same time people choose what they want to read.”