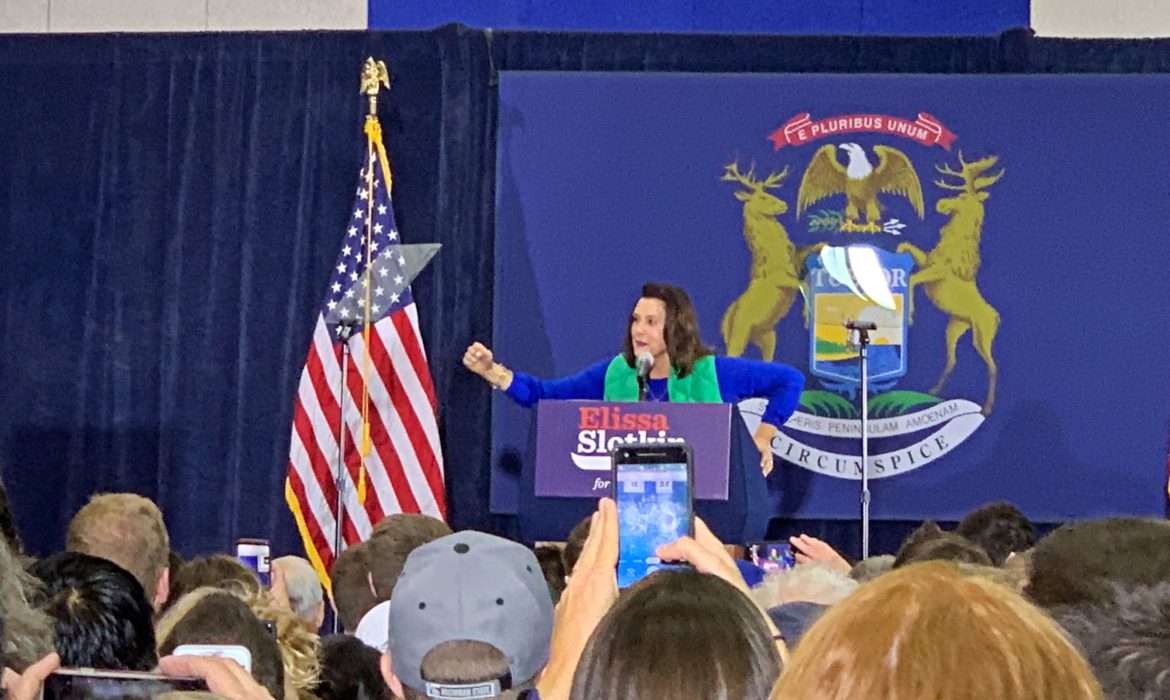 Gretchen Whitmer firing up the crowd at a 2018 political rally.

Gov. Gretchen Whitmer’s State of the State speech on Jan. 29 covered roads, education, healthcare and jobs. These were not the only topics she touched on, however.

“I must say, everyone is looking fantastic tonight, but this year I want to get one thing straight. This is not the red carpet. Please, I urge you, focus on the substance of my speech. It’s about issues, not appearances. I don’t care how distracting Sen. Shirkey’s outfit is, cut him a break,” Whitmer said.

While her lighthearted statement was directed at some of her co-legislators, it also addressed the issues of gender in politics and the way female politicians are treated based on their appearance.

At her 2019 State of the State Address, Fox 2 News asked people about Whitmer’s dress as a response to a number of social media posts about the outfit. The broadcast also included screenshots of comments about Whitmer’s appearance. She responded on Twitter.

Last January, a record-breaking 117 women were sworn into Congress. With more women than ever in politics, the issue of how women are treated will  become more prominent.

Susan Demas, editor-in-chief of the Michigan Advance, described the separate treatment of female politicians based on appearance as “fairly standard practice.”

“I remember some folks around the Capitol passing around lists of hottest female lawmakers.” Whitmer “happened to top a national list at one point, so that’s the kind of thing that men don’t have to deal with,” Demas said.

Whitmer is not alone, with Sen. Kyrsten Sinema, D-AZ, being called names like “Senator Madonna.”  Rep. Alexandria Ocasio-Cortez, D-NY, has also been targeted for her appearance, with members of her opposition using her outfits to question her working-class background.

This goes beyond appearance. In 2014, Ingham County Clerk Barbara Byrum was rumored to appear on the 2014 Michigan ticket as a candidate for lieutenant governor. When interviewed by MIRS about her potential appearance on the ballot, Byrum was asked if her children wanted mom at home.

Demas said, “I think the issue goes beyond just sexual harassment of women in politics or toward female reporters. A lot of it has to do with the way that female politicians get covered where there’s a real emphasis on asking women about their families and holding them to different standards than men get held to.

“I think that changes more with more women in the business because they’re not as apt to ask those questions, or they might actually ask them of men, like I have. I ask men if they have school-aged children how they’re juggling things and they look at me like I’m crazy,” Demas said.