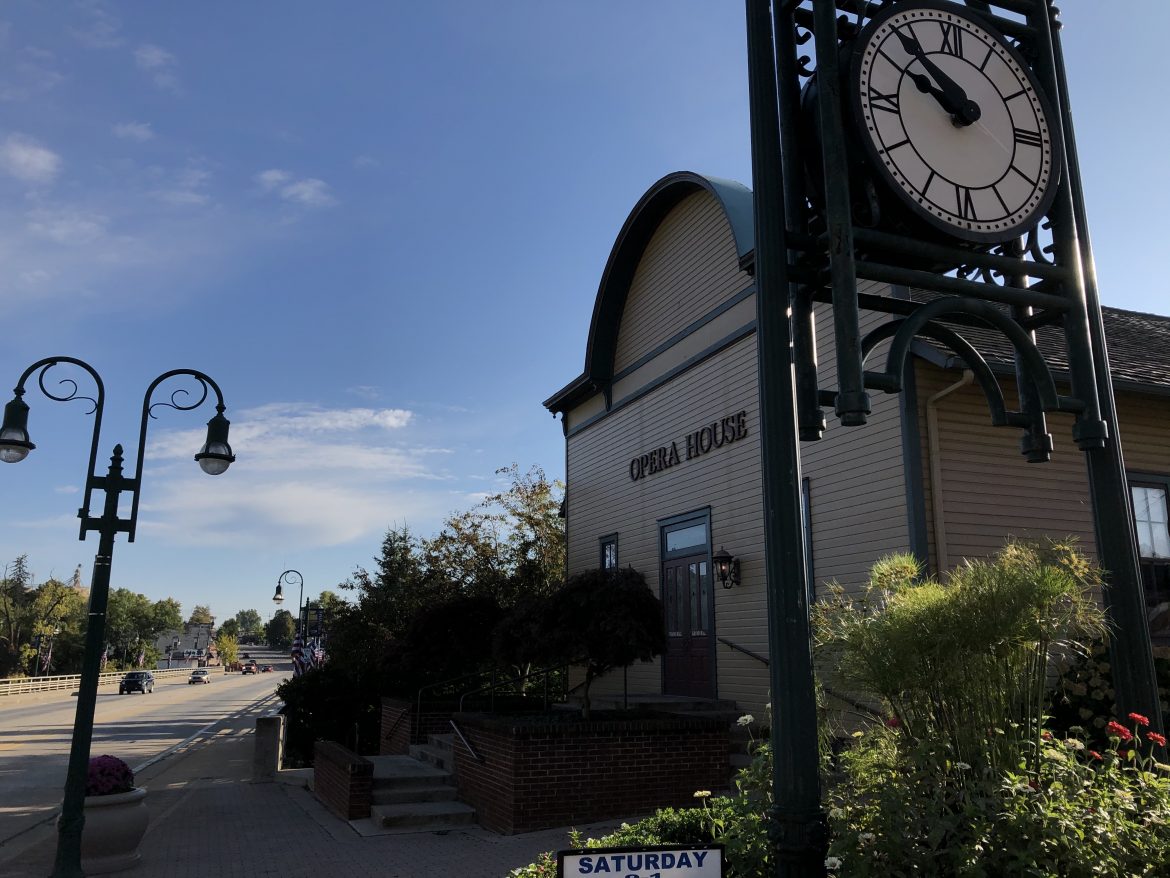 A growing number of couples are saying “I do” in downtown Grand Ledge.

The Opera House Grand Ledge now hosts about 300 to 400 weddings per year.

“We are a community venue. Not only do we do community events but we do primarily weddings. Friday, Saturday, Sunday weddings throughout the season,” said administrative assistant Christine Wooten.

“A lot of people are starting to see the potential of having a beautiful wedding here. Of course, our gardens are beautiful, so a lot of brides want the patio,” Wooten said. “We are finding that a lot of clients and potential clients are saying that we are centrally located between Detroit and Grand Rapids, so that’s a big plus for us.”

But the opera house didn’t start as a wedding venue.

Built in 1884, the original purpose of the building was to be a roller skating rink.

By the turn of the 20th century, the building had been converted to an opera house and used by two different opera companies.

In the late 1920s, the opera house found another new identity, this time as a furniture store.

Fast forward 60 years and the opera house began to look like what it is today.

“The building was donated to the historical society and chamber of commerce in 1984 from the Mapes Furniture family of Sunfield,” said Langenberg. “It took almost 10 years and $300,000, raised by donations, to restore the building as a community center.”

Quietly stored in the back of the opera house is a 1928 Barton Theater organ. The organ was rescued and restored from the Michigan Theater in Lansing.

A few times a year, this historic organ is used for performances for the public. Grand Ledge’s mayor is a big fan of these performances.

“One of the nice things they do, and it only happens a few times a year,” said Mayor Thomas J. Sowle Jr. “It’s tucked away and only comes out certain times. Sometimes they play music for silent movies that they do there and that’s quite a show.”

Outside of the organ performances, the opera house hosts a variety of community events including the St. Patrick’s Day event in March and a holiday event in December. The opera house just hosted Oktoberfest, which is part of the annual Grand Ledge Color Cruise and Island Festival.