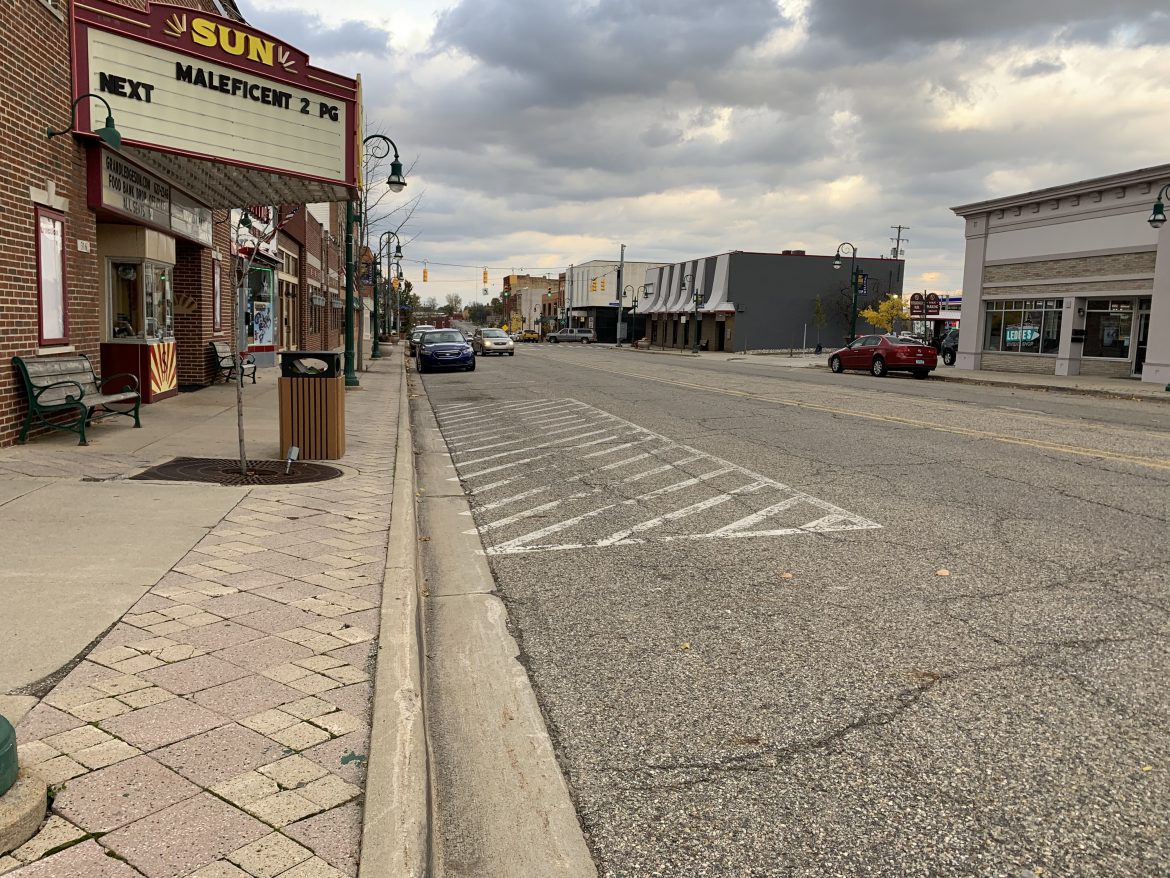 The view down Bridge Street in front of the Sun Theatre. Grand Ledge city officials are preparing for the final phase of a multi-year construction project to improve downtown infrastructure.

Grand Ledge city officials have construction on their mind.

The next phase of a project to update the streetscape in downtown Grand Ledge is in the works.

The project will give the town a new feel, Smith said. The city plans to add pedestrian signals on Scott Street to make crossing the street easier. There will also be upgrades to storm sewers.

Other parts of the project include redoing downtown streets and sewer systems. Parking in downtown Grand Ledge will also be improved by adding perpendicular parking in some areas.

Assistant City Manager Amee King said the project has been one of the city’s top priorities. Part of the goal is to improve safety for drivers and pedestrians.

Traffic is a big issue, said Levi Gregory, an employee at Sports Stop, a screen printing company in Grand Ledge.

Gregory, who lives in St. Johns, said that the traffic has affected Sports Stop’s business, and that crossing Bridge Street can be difficult.

Dale Johnson is a retired LCC instructor who has lived in Grand Ledge for about 40 years. He also complained about the traffic on Bridge Street.

Johnson said the recent addition of parking lots across the city has helped with traffic problems.

The project will be paid for by various sources, including the Grand Ledge Downtown Development Authority, city tax dollars, as well as through county, state and federal programs.

Connor is a broadcast journalism major at MSU. He's began his career in broadcasting at a radio station when he was 14. He enjoys the kayaking and paddleboarding in his free time.