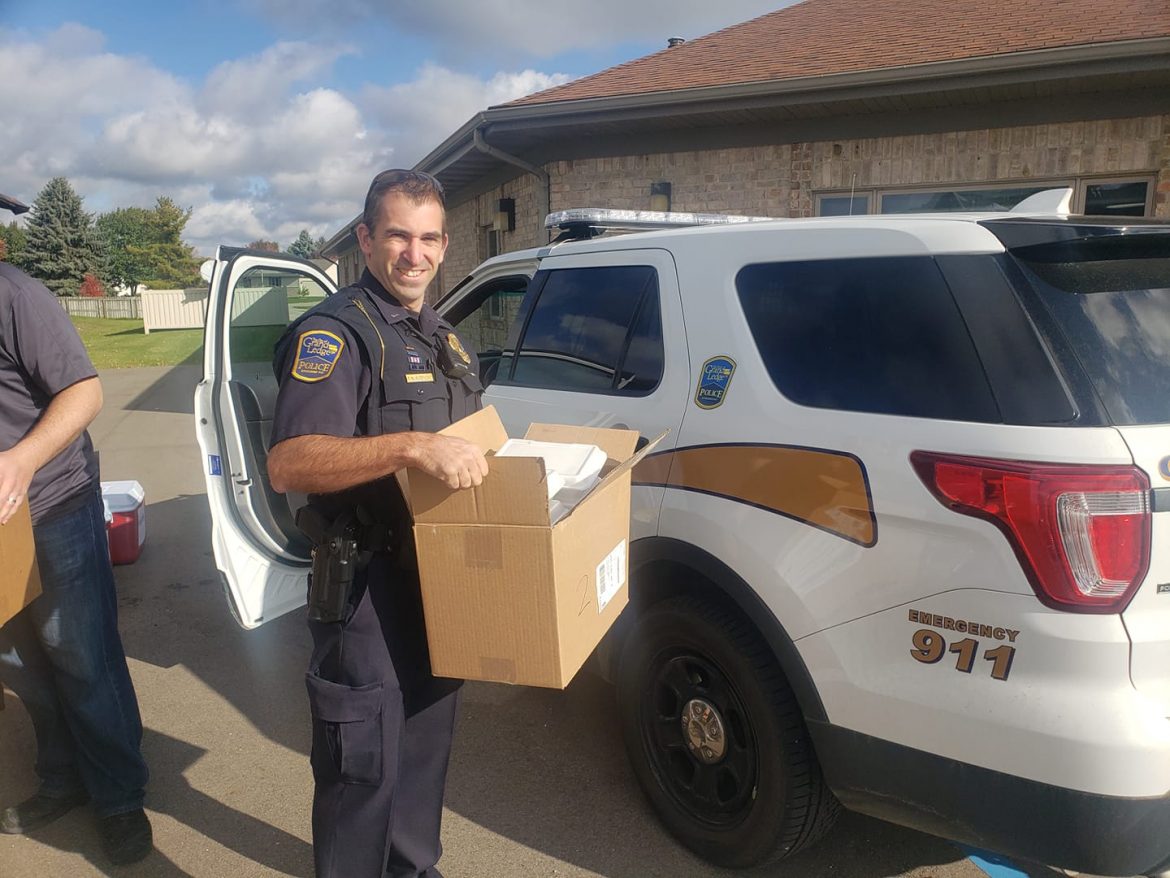 An off-duty Grand Ledge police officer lunch to those who couldn’t make it out to Bye Financial Group. Food deliveries were made to donors throughout the entire event. Photo used with permission.

The Grand Ledge Police Department is working to raise $15,000 to bring a canine back to the force.

The goal of the fundraiser was to raise $15,000 to fund a new canine dog for the police department.

“That’s the approximate startup cost it is going to be for us to purchase a trained canine,” said Police Chief Thomas C. Osterholzer, “but also includes the canine training and the handler’s training.”

The last time a canine was present in the city of Grand Ledge was before Osterholzer took over as police chief last October.

“Grand Ledge has an incredible tradition of good canine programs here under former Chief (Martin) Underhill and we’ve been looking to restore that,” Osterholzer said. “The last canine was retired prior to my arrival.”

Having a canine in the city would help the city in a multitude of ways.

“Say a dangerous or unarmed individual’s out on foot in our community, to have the ability to have a dog that can track and possibly even assist in the apprehension of that is tremendous,” Osterholzer said.

Additionally, canines can serve an active role in the schools, where they can be used to search for drugs, the chief said.

“It’s very important not only to take the canine out in the schools but to get the youngsters acquainted with it,” said Sowle.

“We like to do things that involve the community because it is a way to branding our name and also helps our cause,” said Chuck Bye, president of Bye Financial Group. “We have done cookouts in the past for a lot of the booster clubs like volleyball, Grand Ledge cheer, the softball team and things like that.”

Those who attended the fundraiser could get a hamburger or cheeseburger, chips, a drink and a cookie for a minimum donation of $5. Further, off-duty police officers were delivering food throughout the day for those individuals who couldn’t make it to Bye Financial Group.