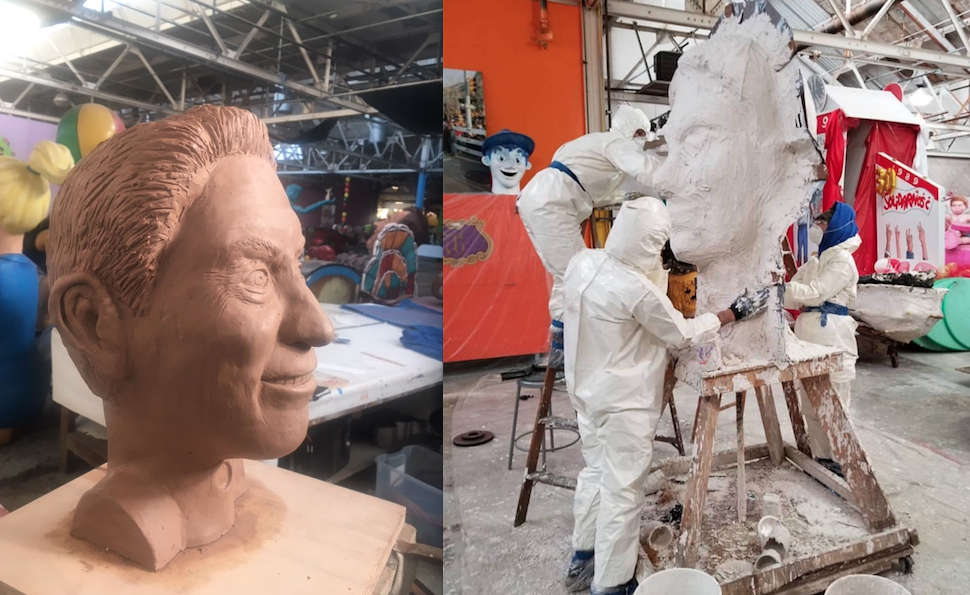 Tom Izzo is a staple to Michigan State and the Big Heads are a staple to Detroit’s Thanksgiving Day Parade. Now, the two are combining.

A Tom Izzo Big Head will debut this year at the America’s Thanksgiving Parade in Detroit on Thursday.

The head, created by the Big Head Corps, will join Magic Johnson as the only Michigan State University based heads.

Dory Scherrod, Administrative Initiatives and Director of Big Head Corps for the Parade Company, said the Michigan native is such a positive influence on the state and Detroit.

Big Head Corps is a program within The Parade Company. The company board decides which head will be the one and only added each year.

An artist is given two pictures of the subject and creates a sculpture of the face. It’s then plastered and covered with 17 layers of papier-mâché.

The head sits on the shoulders of Big Head Corps members who pick which one they would like to walk with in the parade.

The 12-year-old company owns the worlds largest papier-mâché collection at 300, some dating back to 1940’s Viareggio, Italy.

All heads are permanent, but some do retire after time.