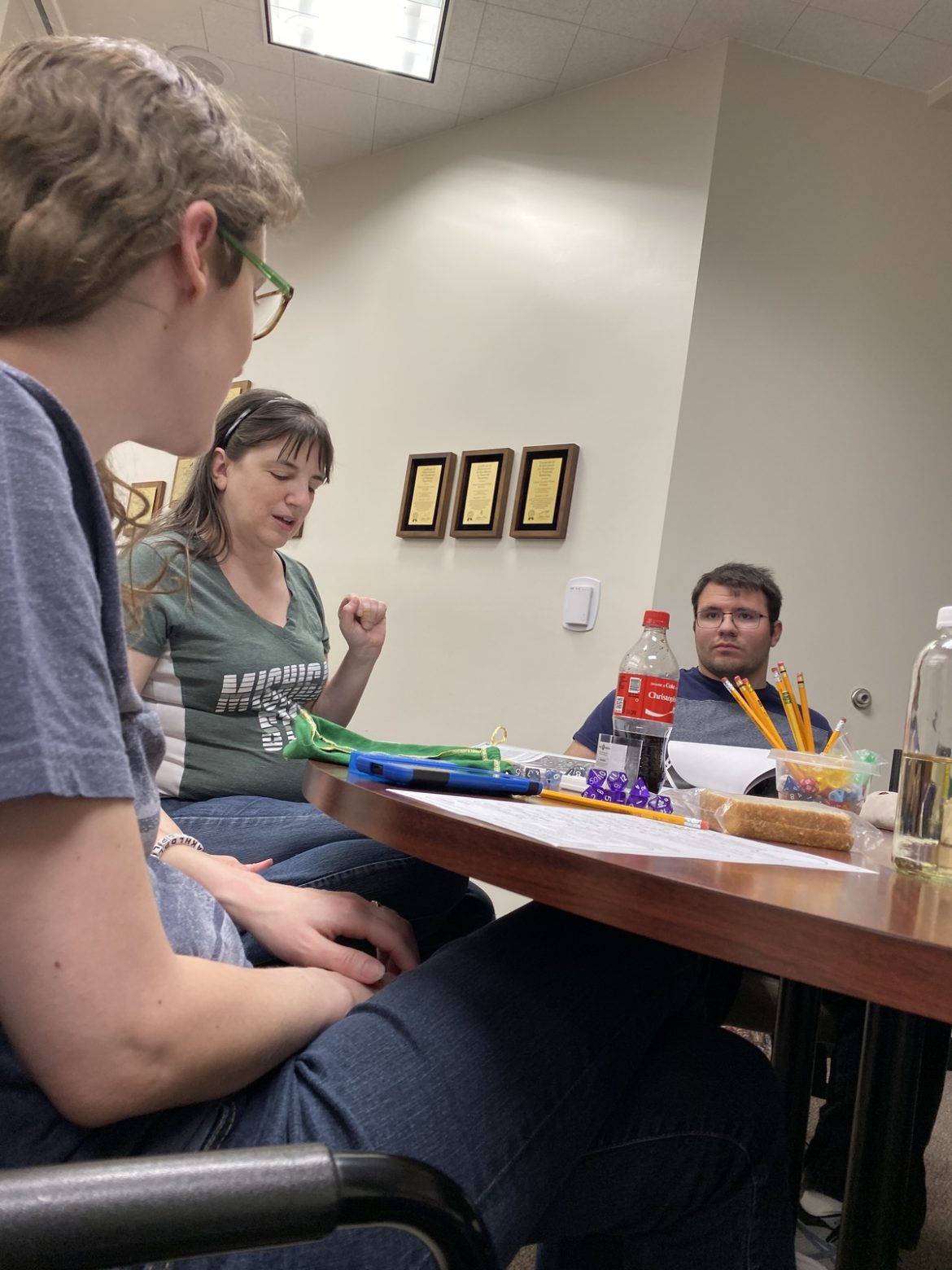 Game night has a twist to it at the Holt-Delhi Library.

The Capital Area District Libraries has created a night of role playing games for area residents, showcasing that the library doesn’t only consist of quiet time or borrowing books.

Tabletop role-playing game night at the Holt-Delhi Library has been going on for over four years. There are nights specifically for adults and there are also teen nights.

“I like the creativity of it, that people will bring whatever they want to the character,” library assistant Christine Martin said. “A lot of people don’t get that there are so many genres out there, that the demographic of the gamers are changing as well. Many more women are becoming involved in gaming.”

Martin has been gaming since 1990 and running the game nights for four and a half years, starting with teen nights and then evolving to adult nights.

“I think people that have never played don’t have a good idea of it, it’s very social and interactive,” she said.

The games vary in competitiveness. Some games are all about defeating one another and others are better for building teamwork.

“It’s fun to be around other nerds,” library clerk Charles Dion said with laughter. “There’s fun in the chaos of it all.”

Several participants said the games provide fun way to get people’s minds off of their everyday lives and they also can change the way the gamers morally choose to go about different situations in their real lives.

“Every game is different and you always walk away from the game with a different view of the world and how people interact with one another,” said Kyle Smith, a Holt resident who is a regular game night participant.

Lansing, Holt and Mason libraries have all added game nights to their list of library activities. Days and times are listed on their websites, and there are new games every month.

Lacie Drake Hudson was born in Detroit, but grew up in Los Angeles. Lacie has interned at WDIV Local 4 in Detroit, she works at MSU's student ran radio station Impact 89 FM as the host for 'The State', she is on the Student Advisory Committee for the Michigan Association of Broadcasters, she is a weekend host for 1320 WILS-AM radio and she is a member of Alpha Kappa Alpha Sorority, Inc. Lacie thrives to be a transparent communicator through reporting and writing.