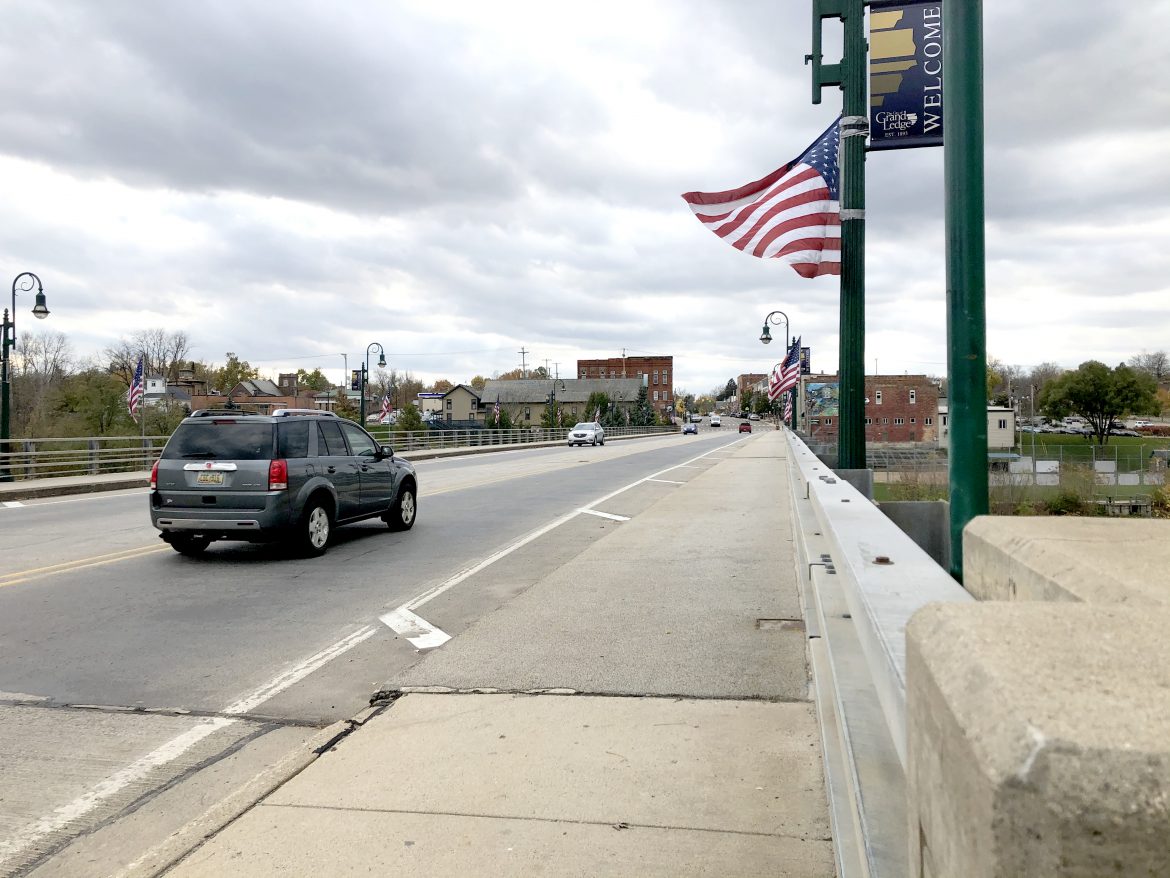 Grand Ledge voters have chance to choose a new mayor on Tuesday. Polls are open from 7 a.m. to 8 p.m.

There are three candidates for Grand Ledge mayor: Michael Coll, Michael Dean Doty and incumbent Thomas J. Sowle Jr. All three men came to the city in a different way.

Michael Coll came to Grand Ledge in 1999 when he retired from the U.S. Army.

“When I retired from the Army, my son was living here,” Coll said. “He was getting ready to move and he wanted to sell the house and we didn’t have a place to live in a nice area, so bought the house and here we are.”

During his time in the Army, Coll worked at embassies throughout the world and served for 24 years. Of those 24 years, 21 and a half were served overseas.

Upon Coll’s return to the United States, he landed a job at Sparrow Hospital in Lansing. He worked there for seven years.

Coll said he also came to Grand Ledge because it was close to both his and his wife’s extended family.

“My wife’s family was living in Cleveland at the time. It’s close to getting there,” Coll said. “My side of the family lives down in Pittsburgh. My wife doesn’t like all the hills in Pittsburgh. Michigan is close enough to get to both places.”

Michael Dean Doty is a city councilman, representing the city’s 2nd Ward, which includes the area of the city north of the Grand River. Doty was born and raised in Grand Ledge.

“I am a fifth-generation in Grand Ledge,” Doty said. “I never left.”

Doty, who is now 45, has raised two daughters within the city limits. To him, there’s, “nothing more special” than the city of Grand Ledge.

As a native of Grand Ledge, Doty has a couple of favorite spots in the city.

For one, he is a passionate canoer. His favorite spot to go canoeing? Sandstone Creek.

“When I go paddling I usually paddle down to Sandstone Creek, go up into as far as I can, and I just like to sit in there and you got the woods around you, the ledges on both sides there and it’s absolutely beautiful,” Doty said. “Certainly, one of my favorite spots to head to relax or think or whatnot.”

He also enjoys the Norman Rockwell-type atmosphere of the town.

“I have never come across anything as unique as Grand Ledge as far as the topography of the land, the Grand River, the ledges,” Doty said. “It’s gorgeous.

“We had moved back from California,” he said. “We were living up in the Claremont Pleasant area.”

As soon as Susan took her first steps onto Grand Ledge, Sowle said she fell in love with the city.

“She still tells this story that when she came down and turned onto Bridge Street and looked down over the bridge and at the buildings that were almost 200 years old, she said, ‘I could live here,’” Sowle said.

Sowle said he also fell in love with the small-town America feel Grand Ledge has to offer, which he said is similar to his hometown, Mount Pleasant.

“Now, they have a college there, but it is still a small town. I’ve lived in big towns, Chicago, Los Angeles, but it really felt like coming home to Grand Ledge and that’s why when I got here, I had two kids,” Sowle said. “It’s a very nice small-town feel that we have here in Grand Ledge.”

Sowle also serves as president of the Grand Ledge Education Foundation. He is also a substitute teacher at Grand Ledge High School.

During his time in Grand Ledge, Sowle has been a scout leader, a soccer coach, a member for the Grand Ledge board of education and served on the city council prior to becoming mayor.

“It’s just my way of giving back to the city that’s given so much to me and my family,” Sowle said.

City of Grand Ledge residents also will choose council members in three races for two-year terms. In Ward 1, incumbent Keith Mulder is unopposed. In Ward 2, Lynne MacDowell faces Betty Miclay in a race to replace Michael Doty, who is running for mayor. In Ward 3, incumbent Don Willems is unopposed.