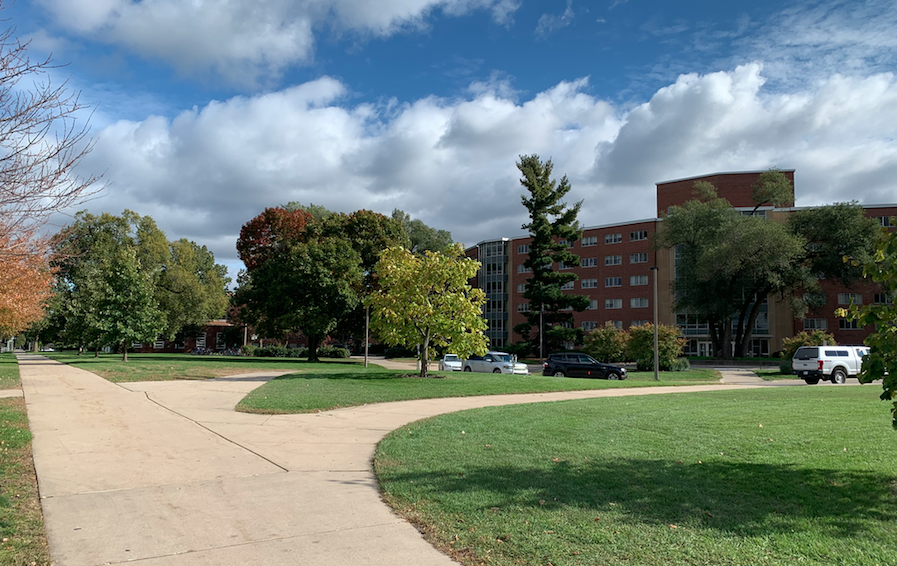 Another tweet conversation shows two students talking about it. One person wasn’t sure if it happened that night, but says a resident assistant claimed this had happened within the last two weeks.

Focal Point News reached out to ICE for more information.

A spokesperson says they are not aware of any activity on campus.

“We’ve had no action on campus,” Khaalid Walls, Northeast Regional Communications Director and Spokesman, said in an email to Focal Point News.

Walls added there was “no truth” to the claims.

“We have daily enforcement activity throughout the state,” Walls said in the email.

Emily Guerrant, a spokesperson for Michigan State University, said in an email they are not aware of any ICE agents in south neighborhood.

“ICE is on campus tomorrow speaking to classes at the Broad Business College about career and job opportunities,” she said. “I’m not sure if these are getting confused, or the timing is just coincidental.”

Guerrant said in an email the Department of Supply Chain Management partnered with Fiat Chrysler’s Customs Compliance and Security for a three-day course.

“Three U.S. Customs and Border Protections agents are on campus to present during a class,” Guerrant said in the email.

The course is about “the role of U.S. Customs and Border Protections in supply chain security programs, the importing process, trade agreements and related legislation.”