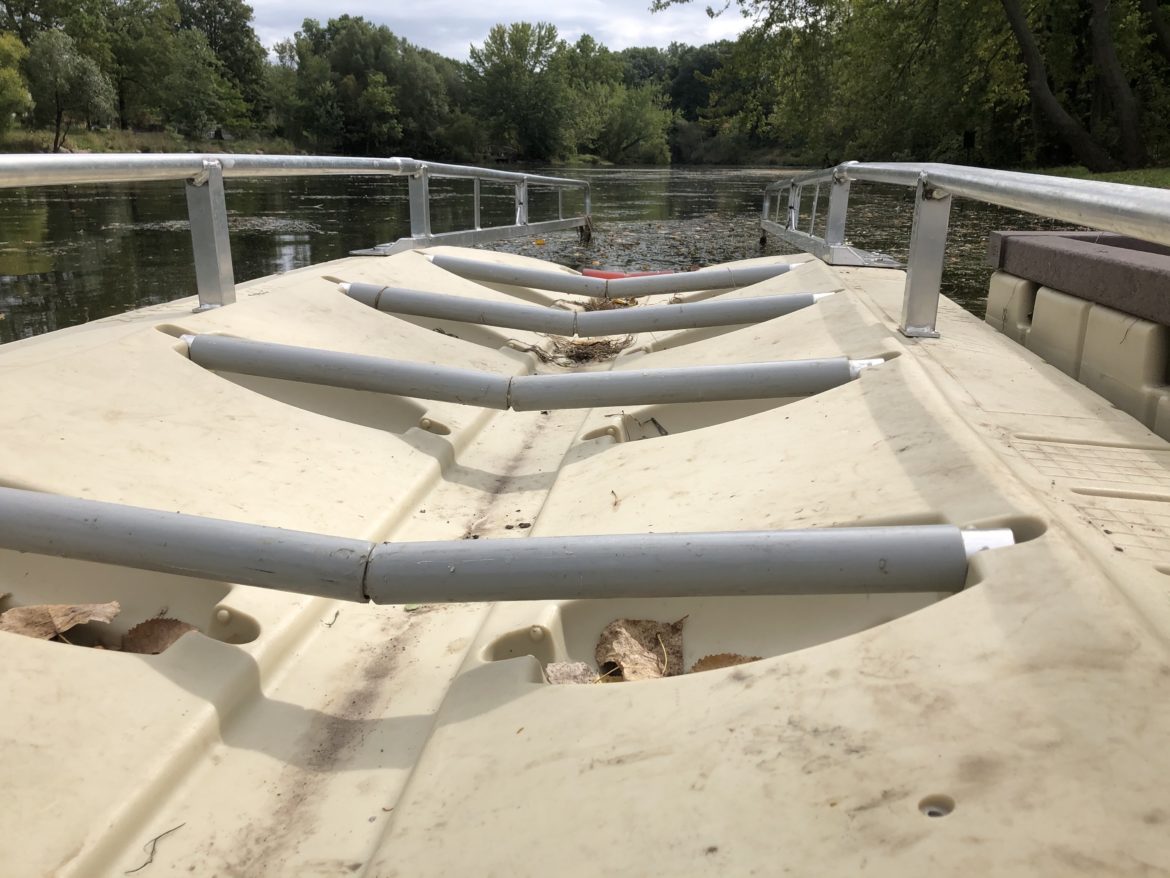 Handlebars on the new kayak launch in Grand Ledge's Jaycee Park are among the features designed to help people with physical disabilities access the Grand River. Several other communities along the Grand River have also made park upgrades to make facilities more accessible.

It has become a little easier to go kayaking in Grand Ledge.

In July, the city installed a kayak launch with handlebars at Jaycee Park off of River Street. The project, designed to help people with physical disabilities more easily get kayaks into and out of the water, was among several other upgrades to the park.

“As we try to build amenities for our citizens, this was just another piece of that,” said Mayor Thomas J. Sowle Jr.

“When I first saw it, I thought it was great,” Davis said. “They had something that was accessible, but I thought it might be a bit much.”

Davis said he saw the advantages of the upgrade after using it to launch and to hoist himself to shore upon return.

“It is definitely the easiest because you can just use the railings to just gently pull yourself in and push yourself out,” Davis said.

Several other communities along the Grand River also have been making upgrades to make parks and boat launches more accessible to people with disabilities. An accessible kayak launch is also being installed at Delta Township’s Delta Mills Park.

Terrance Augustine, chairman of the Eaton County Board Commissioners, said the county is working on installing one at its newest park, Crandall Park in Charlotte. Augustine’s commission district includes most of the city of Grand Ledge.

“Accessibility is really big for us, especially in our parks,” Augustine said. We’re trying to make as many of our parks (Americans with Disabilities Act) accessible.”

Outside of kayak launches, Grand Ledge recently added 385 feet of paved, wide, accessible trail and ramps for those with physical disabilities alongside the Grand River.

According to the city, there are now 2.7 miles of accessible trails for people with disabilities along the Grand River and through Grand Ledge.