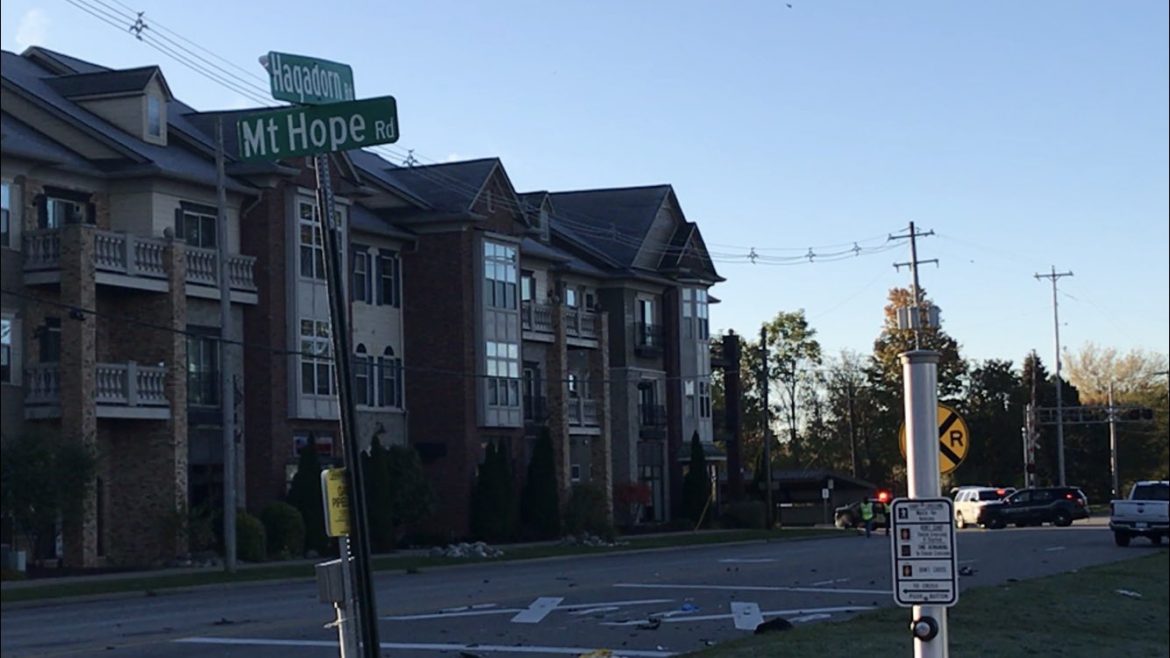 A 20-year-old man was killed on his moped in an accident Friday morning at the intersection of Hagadorn and Mt. Hope Roads.

“At approximately 7:30 a.m. we responded to a two-vehicle crash at the intersection,” said Meridian Township Police Lieutenant Rick Grillo. “The moped was travelling northbound on Hagadorn and was hit by a driver in a white Dodge Ram.”

Lieutenant Grillo confirmed the moped driver was wearing a helmet and the driver of the truck was wearing their seatbelt. No one was under the influence.

An investigation is still ongoing.