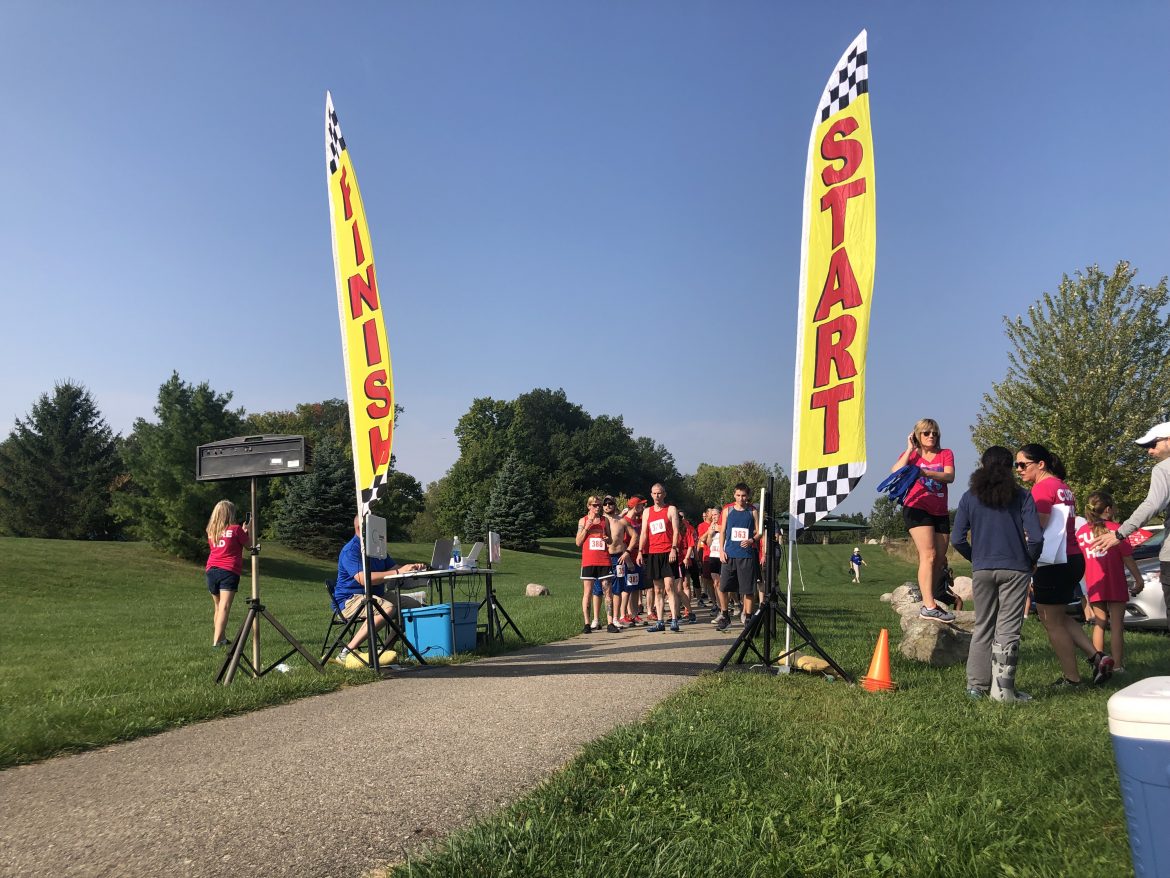 It was a warm Saturday morning at Granger Meadows Park, as the sun gleamed down on all the families and friends supporting the cause. The crowd was silenced as Dawn Perry countdown the start of the race for the participants.

Team Hope 5K committee member Kristen Kanazeh said there are run/walks all over the state.

Huntington’s disease is a fatal genetic disorder that causes the progressive breakdown of nerve cells in the brain. It deteriorates a person’s physical and mental abilities, according to the Huntington’s Disease Society of America.

Perry chose to follow in her aunt’s footsteps and get involved with the Huntington’s disease chapter in Michigan.

“The chapter is really based in Detroit, but we have support groups throughout Michigan. Lansing happens to have a support group as well as an exercise class for people who have Huntington’s disease,” Perry said.

Both the support groups and exercise classes are helpful to those with HD and friends and family members close to those affected.

“HD is a family disease, it’s not just one individual,” Perry said.

Each child of an affected parent has a 50 percent chance of developing the disease, according to the Huntington’s Disease Society of America. There is currently no cure or treatment which can halt, slow or reverse the progression of the disease.

“It means a lot to see the support in the community that gives to help the scientific research,” said Abby Perry, the mother of a 5K participant.

Families, friends and other members involved in Team Hope have raised over $157,000.

“It’s great to be part of something bigger than ourselves,” said 5K participant Bob George. “My wife’s mother had it and they found out she didn’t have it, but she’s still very involved. It’s nice to be a part of it and have the whole family supporting.”

Shade Moore is a reporter for the Spartan Newsroom and is pursuing a major in Journalism at Michigan State University with a minor in Broadcasting Journalism. She began studies in the Fall of 2017 and plans be an anchor at a local news station and one day a national news station. Shade loves music, her friends and family!