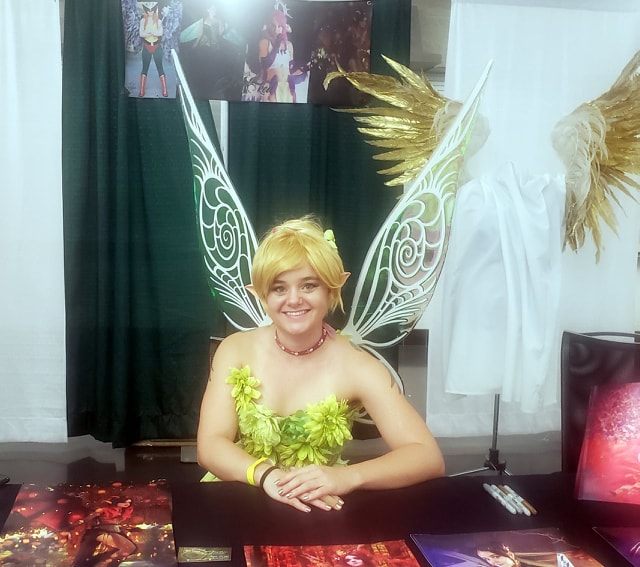 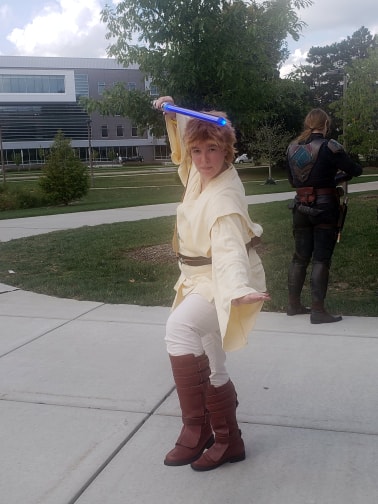 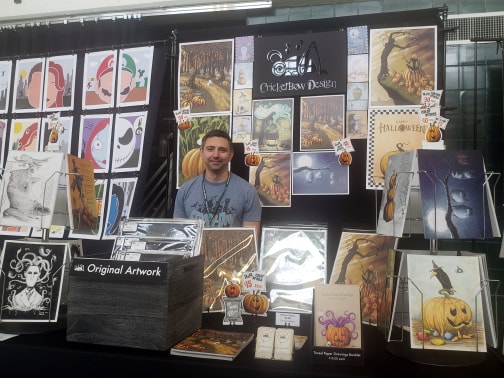 Comic book fans, anime lovers, cosplayers and artists alike descended upon Michigan State University’s Breslin Center on Sept. 21 for the annual Capital City Comic Con. Comic Con is the biggest comic book  convention that happens in the Greater Lansing area every year since 2015. Originally it focused on comic books, but has evolved to include other pop culture sections, including anime, games and film.

“It is a really great show,” artist Timothy Zulewski said. “For me Halloween is all year around, so I fit in perfectly with these shows.”

Zulewski draws Halloween art and travels to comic book conventions all over Michigan. He said he uses the conventions to spread his love for? Halloween and to gain inspiration for new art.

This year there were a number of activities and panels, including face painting, a costume contest, and Q & A’s with several creators. Special guests included Jim Benson, the creator of Captain Underpants and other New York Times bestselling work. Fans were able to get autographs and take photos.

The main speaker was George Lowe, best known for his work as the voice of animated superhero Space Ghost. Lowe did a mock Space Ghost interview, similar to the ones he does on his show, “Space Ghost Coast to Coast.”

There was also a special appearance by costumer designer Alexis Noriega. Noriega said that she loved cosplaying when she was in high school, but did not decide to pursue costume design until she graduated college. She is known for her animatronic moving wings and now makes them full time as her profession for 16 years. She said her goal is to encourage young girls to enter STEM programs.

“Failure is the step on the road to success not the opposite of success,” Noriega said. “Anyone who wants to get into this, especially young girls, just dive in headfirst and at the other end of it you’ll at least learn something.”

The convention also had many creators who use the platform to promote their work and meet new people.

“We table together because it’s good to have a good tablemate,” Stefani Manard said when asked about her friendship with fellow creator Andrea Kahn. “Cons bring people together.”

They met at the Fantastic Con in Toledo, Ohio, 2 years ago, and became friends. Soon they began to share tables at conventions and working for comics together.

Comic book artist Leo Morin said he has been going to comic cons for the past two years and is grateful for the community. She said being a part of the community has helped her gain confidence in herself and her art.

“Comic cons are a great way to meet people, network, and that there are people like you that have these interests,” Morin said. “You get to goof around with cosplayers and know you belong.”

Katharine Horace, a cosplayer, said these conventions accept her weirdness. Cosplay, short for costume play, is the act of dressing up in costume of a specific character or franchise. Cosplayers usually also roleplay as the character, some taking as far as only answering to the character’s name.

Horace has been professionally cosplaying for years and has worked many events. She said cosplaying allows her to roleplay as characters she loves, including those from Star Wars. She was dressed as Obi-Wan Kenobi.

“Don’t be afraid of looking weird,” Horace said when asked about deciding on which character to cosplay. “It’s your passion, make what you like. If you only try to do something other people like and you don’t care for, you’re just going to be unhappy.”

Tasia Bass is a comedic writer and artist. After graduating law school, she realized that her heart wasn't in going to court, but in telling stories. So ignoring the ashamed looks in her parents eye, Tasia decided to go back to college to receive her masters in journalism, with a desire to combine her passions of comedy, law, and writing. She will one day win an Emmy for Outstanding Writing for a Variety Series.