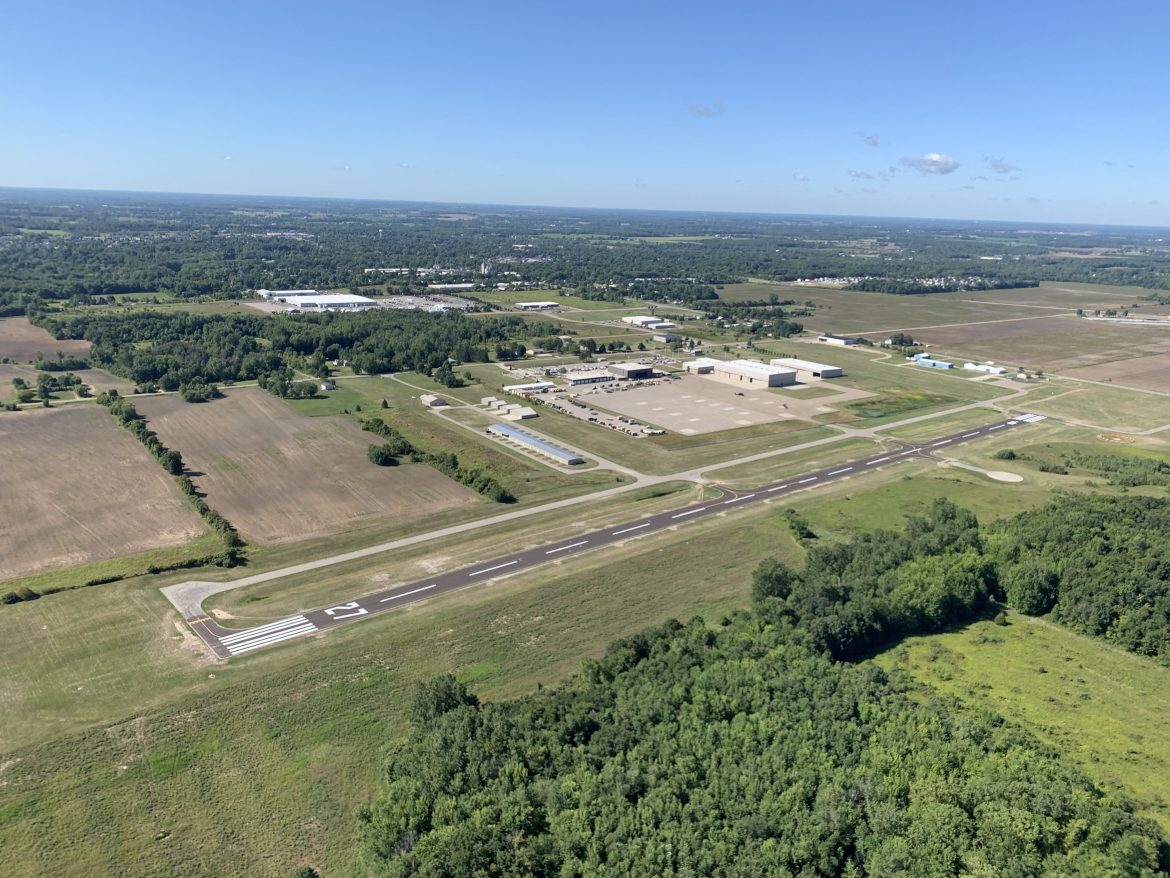 An aerial photo of the newly upgraded runway taken in a 1947 PA-11 Piper Cub Special. The runway is currently 98% done and operational.

Abrams Municipal Airport is now a little safer, thanks to an upgrade.

The airport recently received a $1.6 million upgrade to its lone 3,200-foot paved runway.

“The asphalt runway was pulverized and resurfaced and the runway lights were completely redone,” King said. “They were completely torn out and put brand new conduit and everything. We went to LED lighting versus standardized lighting.”

Abrams Municipal Airport, the eighth busiest airport in the state, had its last runway upgrade back in the 1990s.

Pete Kamarainen, a pilot who flies for Grand Air Aviation, a charter airline and flight training school based in Grand Ledge, said the runway upgrade has made it safer than before.

“(The) runway’s a lot smoother, a lot more clear to see. The runway lights are the new LED lights, which are real visible and it has enhanced safety in that way,” Kamarainen said.

Helen Hagg, a pilot and director of operations at Grand Air Aviation agreed. Hagg is a member of the airport advisory commission.

“Yeah, I think it’s a great runway. The city has done a great job of organizing the whole project and getting it down quickly,” Hagg said.

The runway was shut down in mid-July for 41 days during the upgrade.

King said the runway was reopened on Aug. 17. The runway did close for an additional two days to finish painting.

The airport is 98% done and in operation. The city has minor areas to finish up while the runway is back in use.

With the runway project coming to a close, city officials are beginning preliminary steps for their next project at Abrams Municipal Airport.

“The next step is to be working on the taxiway,” King said. “It’s a parallel taxiway, same distance, same length, that needs to be resurfaced as well.”

The city also plans to add upgraded LED lighting to the taxiway.

“We’re going to start the engineering and design phase next year,” King said.