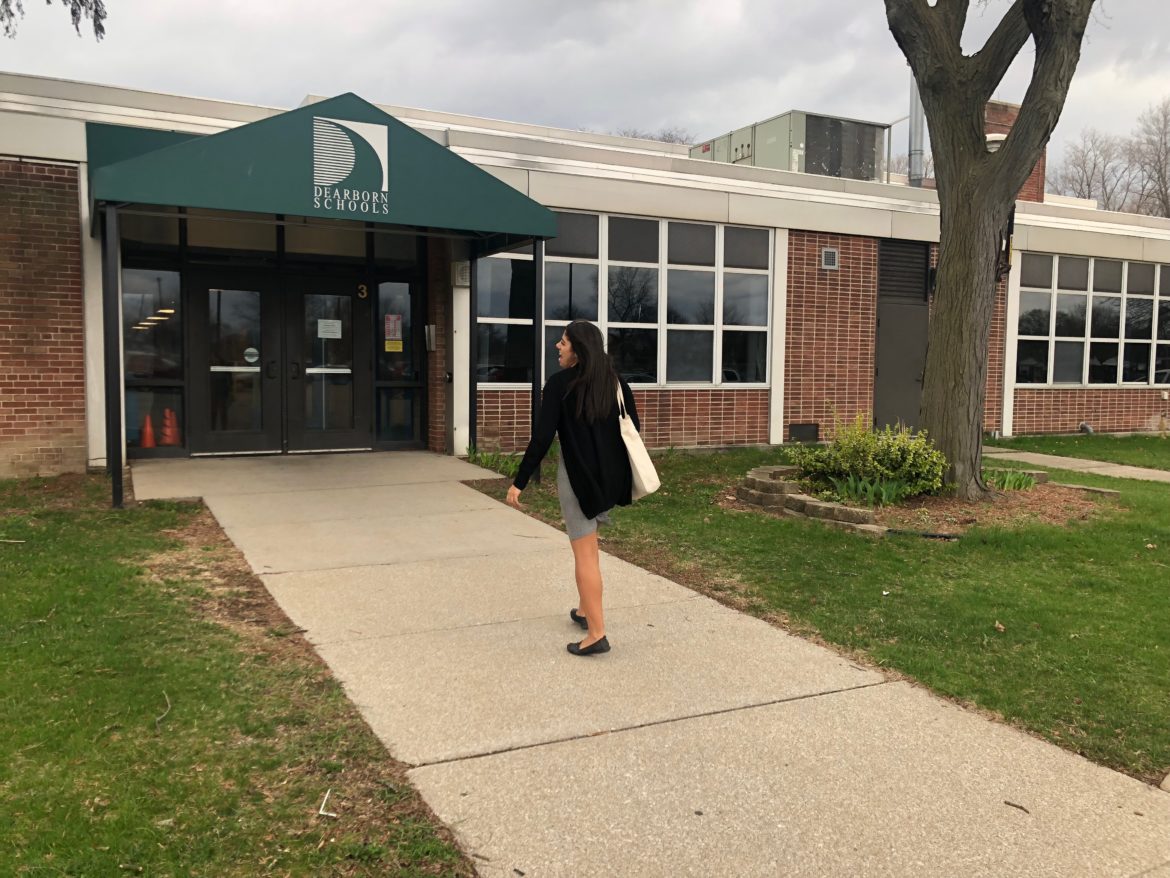 Amara Kzhouz, Dearborn public school teacher, enters her school before a class she takes after school. Schools are facing increasing teacher mobility from teachers switching schools or leaving the profession.

Teachers are increasingly mobile, moving between schools or even leaving education altogether between school years, data from the Michigan Department of Education shows.

The growing turnover rate is putting pressure on school districts, who have to hire and train more teachers, and students, who have an increasing chance of getting a brand new teacher. A study by the Association for Supervision and Curriculum shows high turnover leads to reduced time that teachers can spend with their students, loss of established teacher experience, disruption of program planning and a drain on the energy of staff that stay.

“Some people have left the entire career because they have realized teaching is not the best fit for them,” said Khzouz, who is in her second year of teaching in Dearborn. “This job is consistently challenging and we do not get enough validation that we are doing a good job as teachers.”

A growing number of public school teachers are switching schools from year to year or leaving the professional altogether.

An article from the National Education Association found that 40 percent of teachers who have been in the field less than five years are more likely to leave the profession than veteran teachers.

Kzhouz has noticed a similar trend from her own experiences.

“I believe teachers will stay if they have been in the profession for at least 5 years,” Kzhouz said. “Teachers who have been teaching less than 5 years tend to leave.”

Kzhouz said she did not go into teaching for the money.

“I went into teaching to feel rich, not get rich,” Kzhouz said. “I love working with children, I wanted to make an impact and inspire children to do the same.”

In 2016-2017, Michigan public schools had 11.4 percent of teachers move to different schools and 7.9 percent leave the profession entirely, according to the Michigan Department of Education.

Teachers staying in the same school for consecutive years is down 2.5 percent since the 2005-2006 school year.

Teachers leaving the profession is the highest it has been since the 2004-2005 school year in Michigan, according state education department. The data shows that 7,251 Michigan teachers left the profession in 2016-2017.

According to the U.S. Department of Education, the number of students getting a degree in education has decreased by 14,033 students from 2011 to 2015.

The data suggests a teacher shortage, said teacher Melanie Stevens, who recently left her teaching position in southeast Michigan to move to a new district. She has been a public school teacher for 12 years.

Stevens pay will be better at her new job, but will still be less than what it should have been before her district instituted wage freezes and salary reductions

“I’m not sure if my new district will be any different since I recognize that the state puts requirements in place and reality is often ignored,” Stevens said. “But I had to see.”

Factors that play a role in teacher turnover include low pay and benefits, few opportunities to advance in their career and other personal reasons, according to a study by Gallup.

“I believe teachers go into this profession to genuinely want to make a positive difference in the lives of their students, but when they are continuously belittled or their autonomy is taken away, it can be defeating,” Stevens said.