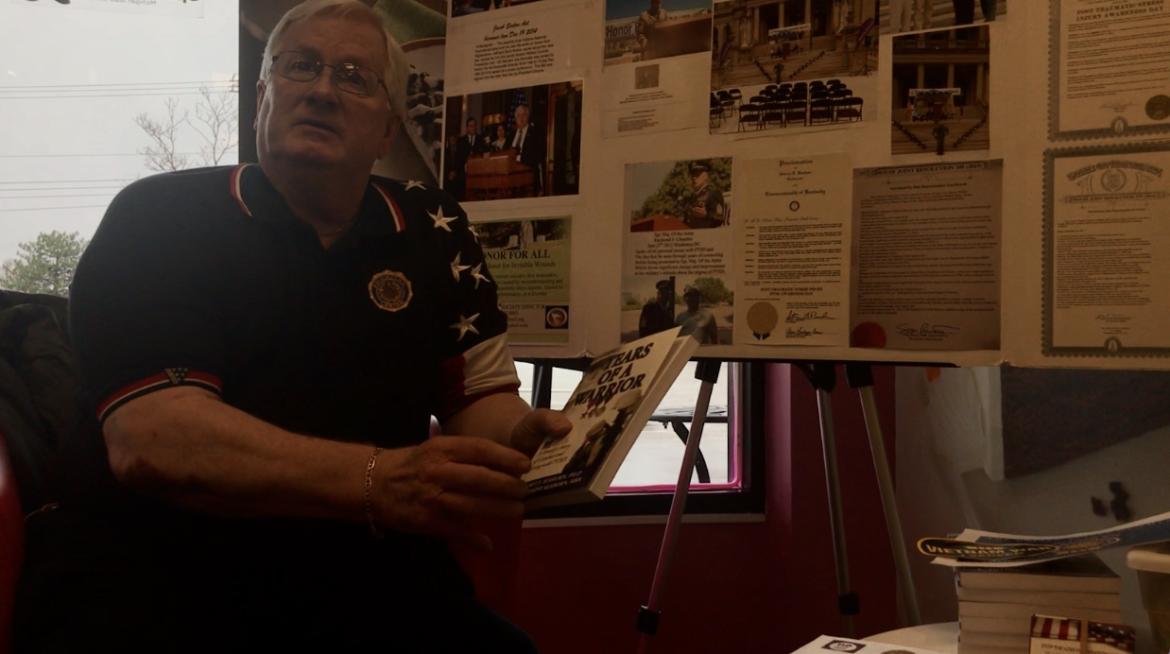 Kent Hall discusses on March 30 the book “Tears of a Warrior” at Baskin Robbins.

Hoping to raise awareness for the effects of post-traumatic stress injury, Kent Hall, Vietnam veteran and Williamston city councilman, has dedicated his time to helping fellow veterans and their families become aware of the resources offered to them.

“The worst feeling man has ever known, / Are the times when he’s hurt and all alone / I know that feeling all too well, / On my sinful journey into Hell,” wrote Hall in a poem dedicated to his efforts.

Hall joined Honor for All, a group devoted to erasing the stigma of post-traumatic stress as a disorder, to use his experiences to help others.

Thomas Mahany, Honor for All president and Vietnam veteran, said the group has been transformative in getting states to recognize PTSI, a major contributor to the current veteran suicide rate.

Outside of his efforts with Honor for All, Hall has made his own advances in bringing awareness to the public.

Throughout this month, Hall will spend his Saturday afternoons hosted by Thomas English, a veteran and Williamston resident, at the Baskin Robbins in Okemos, providing residents with free information on PTSI. Tammy Gilroy, mayor of Williamston, said Hall has been committed to helping veterans and their families in Williamston.

Moving forward, he hopes the resources he provides will help others so they don’t lose themselves to the effects of PTSI.

“My own soul again I would sell, / To keep you my friend out of Hell… / Can I be the one to dispel / That all powerful attraction to Hell?” Hall’s poem concludes. Once ashamed of wearing anything related to the war, Kent Hall now carries this customized cane displaying his rankings.