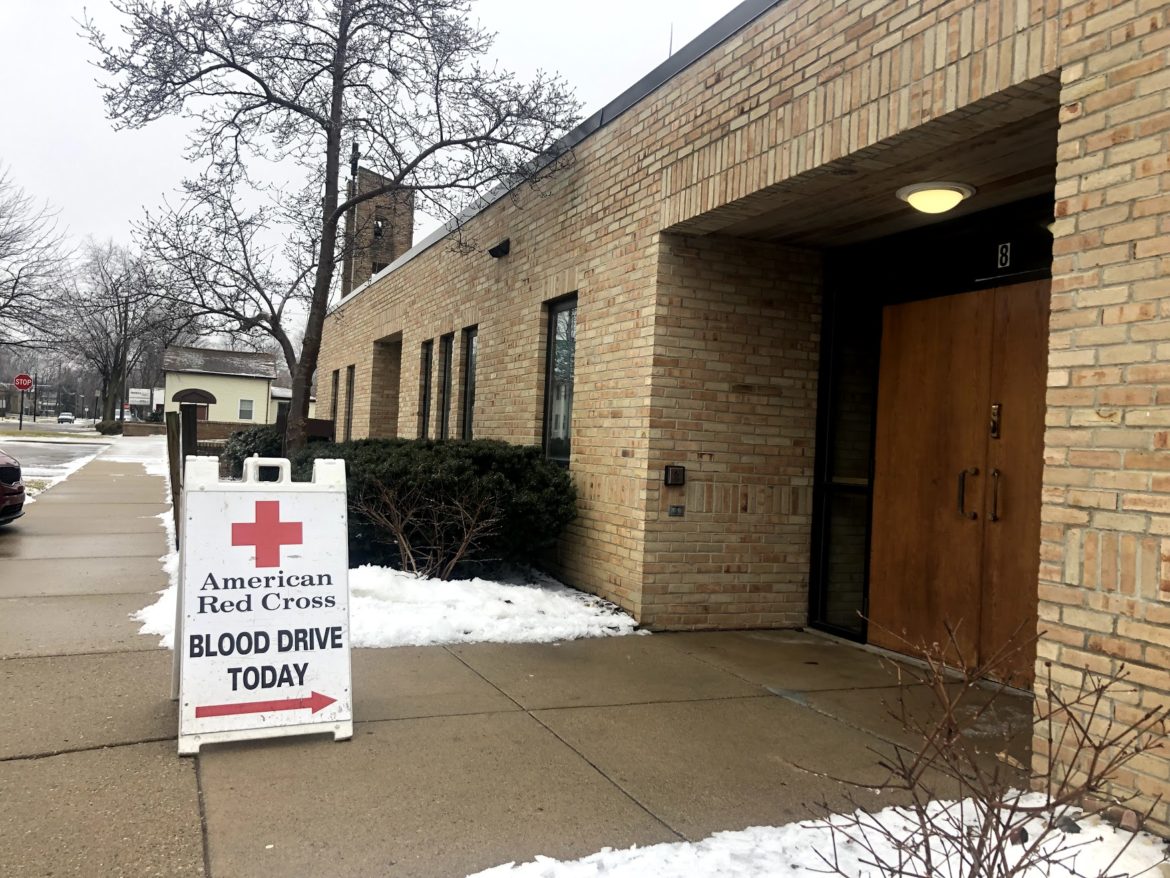 “The drives at Saint Mary’s are some of the best that we have,” said Jeff Smith, a volunteer recruitment representative for the American Red Cross of Mid-Michigan, who coordinates the drives. “Their drives are always very good and reliable.” Each blood drive at Saint Mary’s produces on average 40 to 45 units of blood, Smith said. The drive occurs every other month because people are not allowed to volunteer monthly.

Williamston does host other blood drives throughout the year at locations like the high school, Smith said. Saint Mary’s though has the even months of the year. Saint Mary Catholic Church is open every day from 9 a.m. to 2 p.m..

Leslie Floeter, the secretary at Saint Mary, said that while the drives are sponsored by the Knights of Columbus that Williamston community is what makes their drive so successful. “We almost always get the same volunteers for each drive,” Floeter said.

“The church also has volunteers that make sandwiches and other foods for the drive every time,” Floeter said. “Everyone just wants to help out in anyway that they can.” Williamston resident Tara McQuain said she sadly cannot give blood but loves what it does for the community. “Every time I have tried to give blood in the past I have passed out,” McQuain said. “I have a really hard time being able to donate blood, but I fully support everyone that can.”

“I think I wish I could give blood,” McQuain said. “Blood drives are very good for our town.”