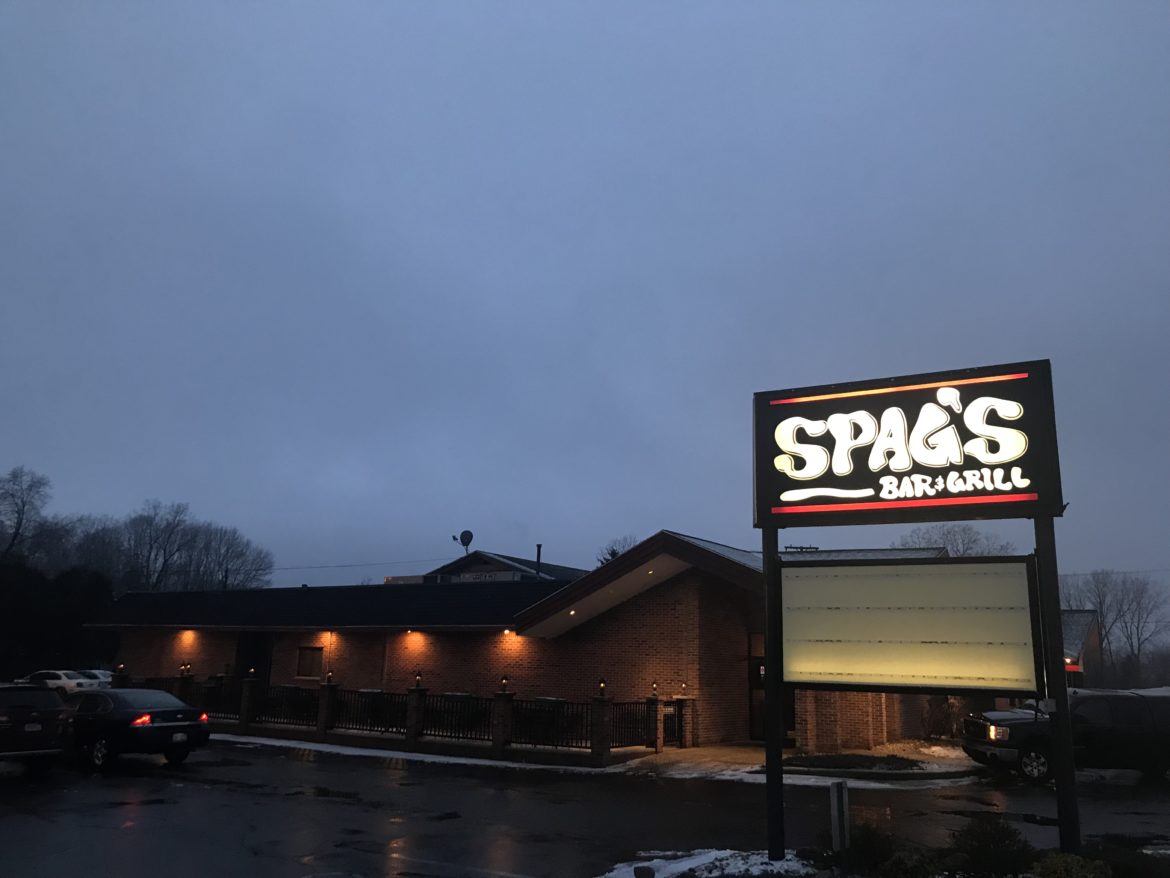 With March Madness coming, Spags Bar is slowly approaching its next busiest time of the year.

Spag’s Bar and Grill is a local restaurant in Williamstown Township where residents gather for family dinner time and sports watching.  Spags Bar may not be in East Lansing, but Spartan fans still come out to the Williamston bar to show their Spartan spirit.

The restaurant has been open for 20 years and continues to be a popular place for residents. The founder of the restaurant is Lansing resident Michael Spagnuolo. Spagnuolo also owns a restaurant in Okemos called Spagnuolo Resturant. He owned Spagnuolo’s before expanding out to the Williamston area.

“The property was available, and it was close to our other establishment,” said Spagnuolo. “We felt it would be a nice location for something different.”

This April will mark the 21-year anniversary for Spag’s Bar, so the expansion to Williamston has had some success.

When customers come in, they will see a restaurant that is fully decorated with MSU and Williamston memorabilia. These decorations help customers feel right at home. One of the busiest times of the year for Spag’s Bar is MSU football season. “We can get pretty slammed,” said Ann Diepenhorst, a bartender at the restaurant.

Diepenhorst said the bar can get around 100-150 people during an MSU football game. Diepenhorst also said a lot of the success from the bar comes from the regular people who come in almost every day.

Mac Donnelly is one of those regulars who has been coming to Spag’s Bar since it opened. He lives right by the restaurant and feels it is a great place to go after work. Donnelly said the bar’s atmosphere is what kept him coming for 21 years.

“There have been so many memories it is almost impossible to say what my favorite memory here is,” said Donnelly.

Spags Bar will be sure to bring in Spartan fans for another exciting NCAA tournament.

“When March Madness comes around and MSU is doing really well everybody comes out,” said Spagnuolo.

Spagnuolo said that State fans are pretty much the livelihood at Spags Bar.