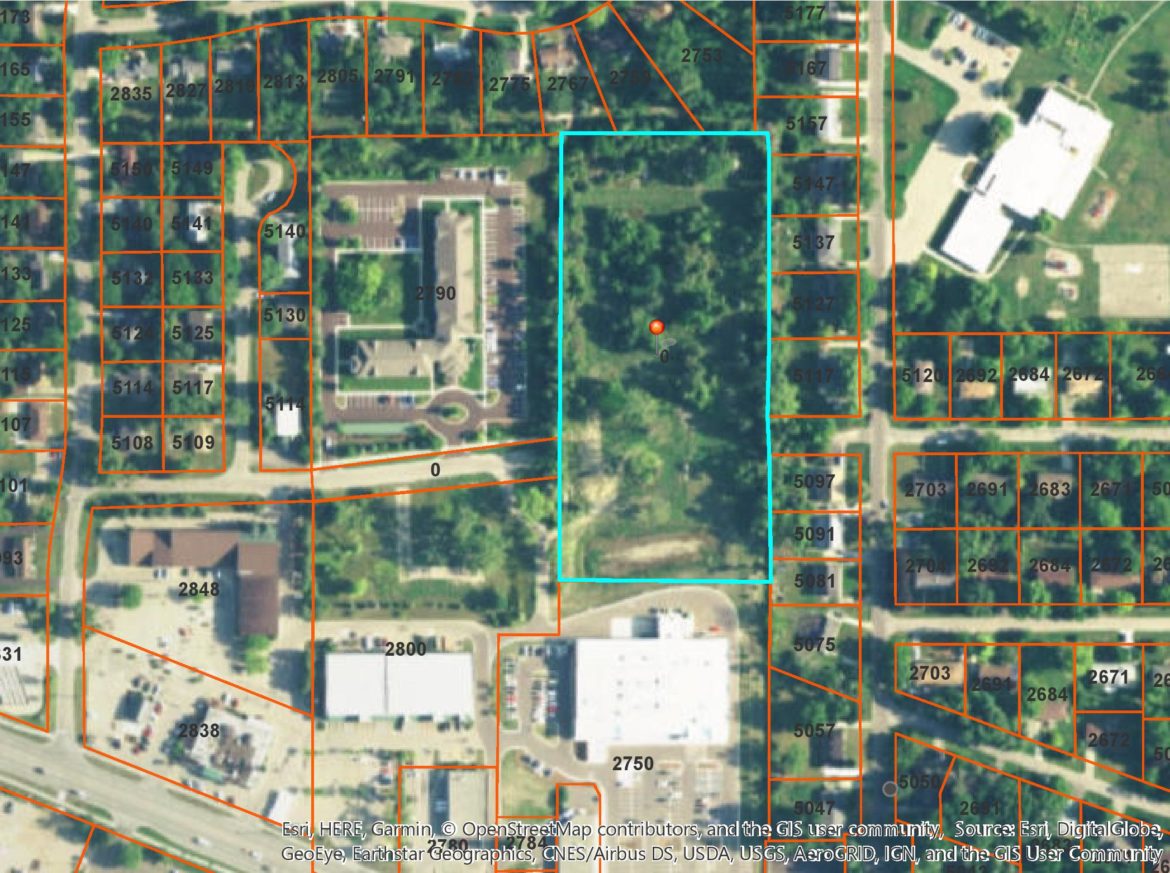 A map of the proposed parcel off of Wardcliff Drive. Currently empty, the neighborhood fears the rezoning of the approximately 4.6 acres. A map of the proposed parcel off of Wardcliff Drive. Currently empty, neighborhood residents questions the rezoning of the approximately 4.6 acres from single family to multiple family apartment complexes.

The quiet, quaint Wardcliff neighborhood, nestled between Burcham Drive and Grand River Avenue, was loud with opposition about a rezoning proposal at the Planning Commission meeting on Feb. 25.

Concept Rezoning #19010 proposes the rezone of the parcel located at the Wardcliff neighborhood from residential homes to multiple family apartment complexes.

At a previous meeting on Feb.11 , the commission discussed and approved the revised concept plan for the rezoning, moving it onto the Township Board for its review. Staff were asked to prepare a “resolution recommending approval for the next meeting.”.

Animosity already exists between the residents of the Wardcliff Neighborhood due to the the recent history of the neighborhood and those feelings emerged again for Megan Long, a Wardcliff resident.

“We were hopeful that they would reopen the school when it became clear more elementary classrooms were needed,” said resident Megan Long, referring to Wardcliff Elementary. “It just highlights the uncertainty that our neighborhood has been dealing with.”

“They are going to tie that little, quiet area through the developments to a commercial area on the other side, where there are a bunch of traffic,” said Jesse Green of Wardcliff.

Wardcliff is void of sidewalks, with residents riding their bikes, walking their pets and their children playing in the street. Increasing traffic can increase the danger for these residents.

When asked about traffic during the meeting, Planning Commission Head John Scott-Craig said,  “That’s really not before us at this time.”

Other concerns were present in the emails and sentiments expressed by the residents. Loss of property value, dangers of construction during the rezoning and student housing frets are among the concerns.

When asked about the possibility of the permit being used for student housing, Frank Fugate with the acquisition Woda Cooper Companies, Inc.made sure to put residents at ease.

“Basically, no,” said Fugate during the meeting, “When the program was set up, it was designed to provide affordable housing to families and not to provide student housing.”

The residents of Wardcliff have shown a keen interest into the rezoning of their beloved neighborhood. Eleven members of the community sent in 12 letters since the meeting discussing the rezoning back in November of 2018. Held by the Ohio-based company Woda Cooper Companies, Inc., those in attendance were able to ask questions and discuss the rezoning. Over 50 residents showed up to the meeting and have been very active since.

The proposal for rezoning #19010 was approved by the Planning Commission, which it will then move on to the Township Board.

“What they might do is ask for a new proposal that may be more palatable to residents in the neighborhood,” said Green. “We want them to know how many people oppose it and we are going to make sure our voices are heard.”