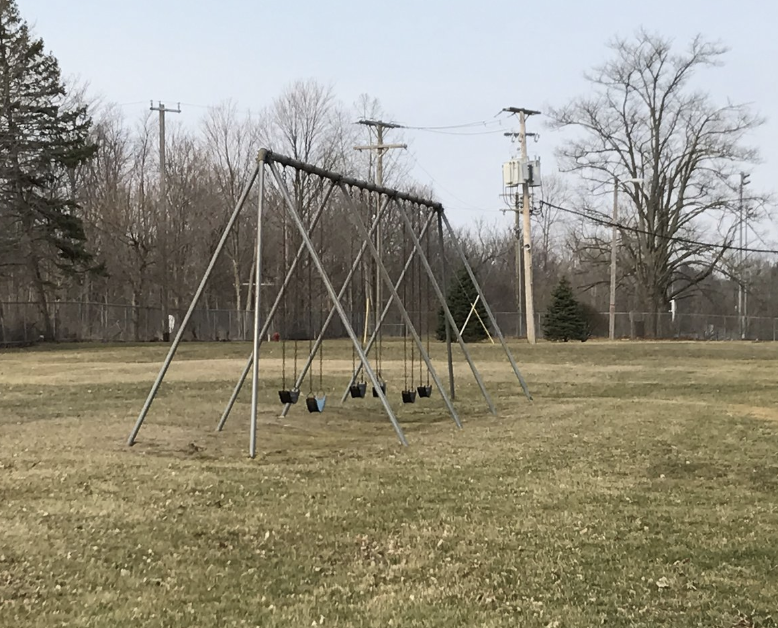 Donations from the Friends of Williamston Parks will help replace this swing set at the Volunteers Community Park as well as other play structures in parks throughout Williamston.

With the spring season fast approaching, Williamston citizens and the Parks and Recreation department are looking to revamp and maintain the city’s parks including McCormick Park, Volunteers Community Park and Old Mill Park, introducing plans for new play structures and outlining budgets for festivals and upkeep.

Tammy Gilroy, mayor of Williamston, pointed to the Friends of Williamston Parks as a major contributor to the rehabilitation of Volunteers Community Park, stating that through community donations alone the city will afford to replace dated play structures deemed broken or unsafe.

“It has been the volunteers that have really been the caretakers of this park,” said Gilroy, emphasizing how the park earned its name. “The group does a lot of different fundraisers within the community so it doesn’t have to be an expense that the city would fund.”

With this, she said, while the city has been on board with funding some of the park’s expenses, the Friends of Williamston Parks has really taken on the major roles to bring the new play structure into reality.

Holly Thompson, city clerk, said there is no separation of expenditures by individual park, though the public funding of Volunteers Community Park has helped to lower the amount paid by the city.

According to the budget printout for the total park expenditures for the past three fiscal years, repairs and maintenance expenses for facilities within these parks have already accounted for $5,932.71 of the total $46,715.29 spent as of Feb. 26, nearly $1,000 more than the total in the same category during the 2016-2017 fiscal year. Parks and recreation 2019 expenditure by category, over the past year through Feb. 26, per the draft budget by the city of Williamston

Corey Schmidt, city manager, said the city has already generated a five-year Parks and Recreation Master Plan spanning from 2019-2023, outlining a set direction for the city in the renovation and enhancement of parks and recreation opportunities in Williamston.

With this, he said, the public was welcomed as contributors to the plan, with the implementation of a 30-day comment period and public survey for residents to provide feedback on the current plan.

This survey, he said, accumulated about 250 responses, playing a large role in how the Parks and Recreation Commission developed the plan, along with comparisons to the previous year’s improvement plan.

Robert Con, a Williamston resident, said he sees the city’s parks as a major aspect of the community.

“If these parks weren’t the way that they are now, this city wouldn’t be the same,” said Con.