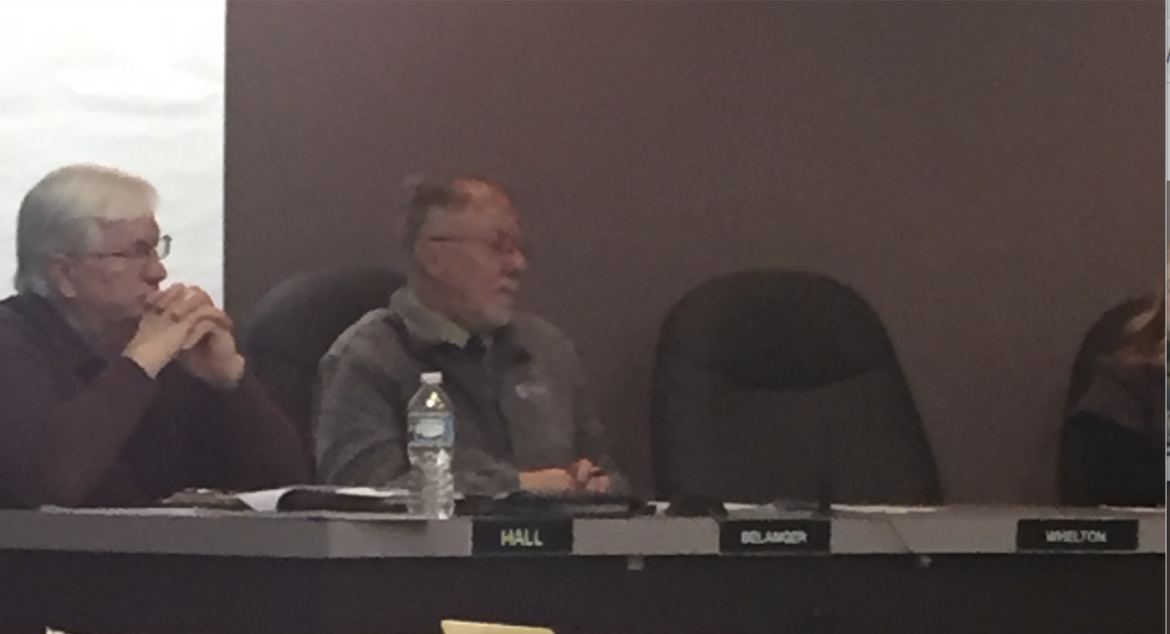 City councilmen Kent Hall and Noah Bellanger at the Williamston City Council meeting, where the first reading of the Fireworks Ordinance was presented

With just over a month until winter settles into spring, new discussions have emerged regarding consumer possession and use of fireworks in the city of Williamston. With this, the Williamston City Council gave the first reading of the Fireworks Ordinance, taking the laws outlined by the state of Michigan and adapting them specifically to fit the city.

While the state law outlines regulations for consumer fireworks, it allows local municipalities to do the same only to the extent defined within the already specified laws. This means they cannot prohibit the use of fireworks on the days legally permitted, including the days surrounding Memorial Day, Independence Day, Labor Day and New Year’s Eve.

“The ordinance, as drafted, prohibits the use of the consumer fireworks to the maximum extent allowed by state law,” said Timothy Perrone, a city attorney in Williamston. “You can allow them for more days, but you cannot make it illegal on fewer days.”

This potential for regulation calls to question the extent to which Williamston residents would be permitted to use fireworks, addressing the potential outcome of more lenient laws surrounding them.

Tammy Gilroy, mayor of Williamston, said she is not a huge fan of allowing consumer fireworks within city limits outside of the already specified days, hoping to provide limitations, and citing the possibility for danger as a leading cause.

“If people don’t pay attention to fire bans and dry conditions as they’re shooting them off, the potential for damage to their own property or to adjacent properties is tremendous,” said Gilroy.

A new development, the introduction of a fire code committee to the city, may help combat the potential issue of fire surrounding fewer restrictions being placed on consumer’s use of fireworks. If implemented, this would help forward the current fire codes, expanding its reach likewise to the adjacent Williamstown Township community.

Percent of injuries by fireworks last year, per the various types of fireworks commonly used.

As the law stands, there have been minimal issues regarding the use of fireworks in the past, said Bob Young, police chief of the city. The issues that have come up, he said, have mostly been complaints from community members, with no necessity to take major action.

Kent Hall, a city councilman and veteran of the Vietnam War, pointed out issues with the expansion of the law from a veteran’s point of view.  Having previously been diagnosed with post-traumatic stress disorder related to his experiences, including explosions at the Phu Bai Combat Base during his service, Hall raised concerns that the loud noise associated with these fireworks may be triggering to veterans like himself.

“I have Vietnam veteran friends that go way up north to get away from all that noise,” said Hall. “That percussion thing, when you hear that boom, it takes too many guys right back.”