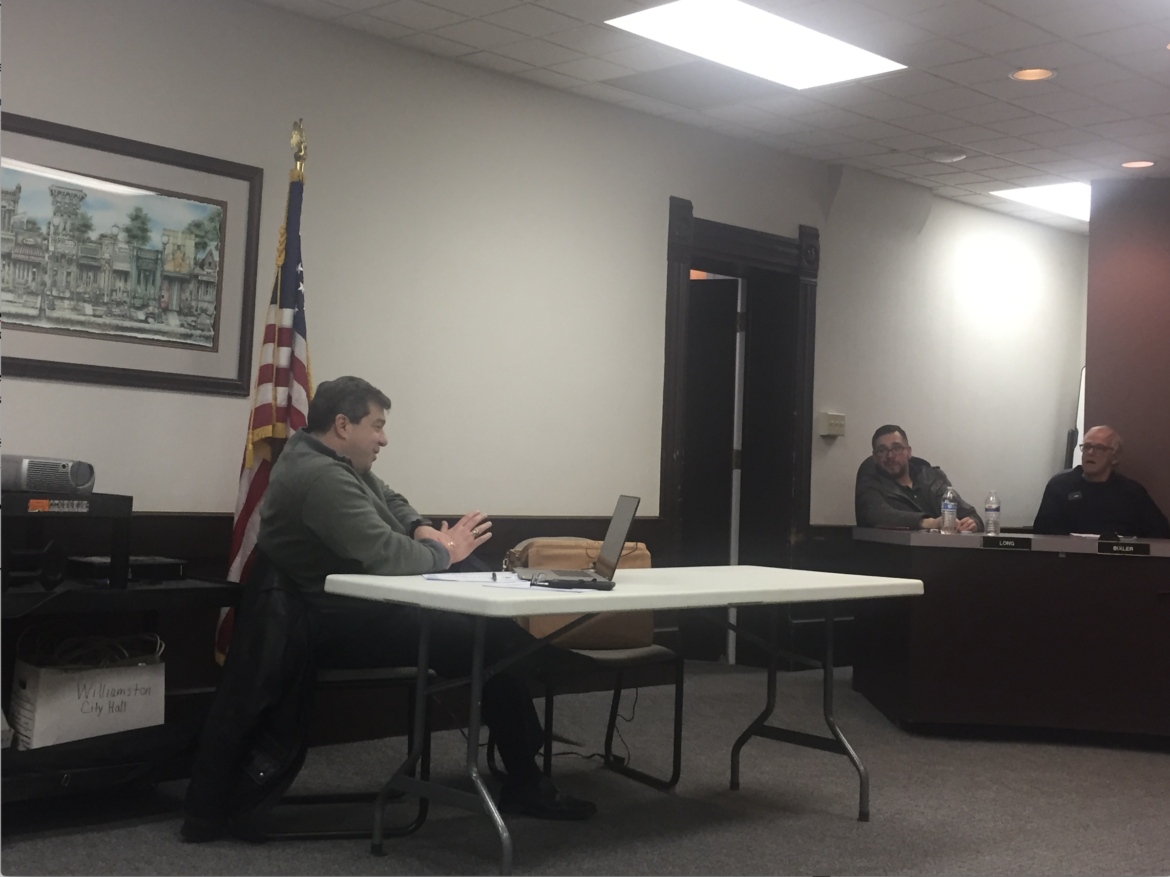 As a part of continued attempts to enhance the quality of Williamston’s downtown area, the Williamston Downtown Development Authority has outlined new plans to fund facade improvements on commercially and privately owned buildings in the district.

Tasked with serving to promote growth and facilitating improvements to buildings in downtown Williamston, this week’s DDA meeting opened up new discussions regarding the allocation of funds across multi-story buildings, calling to question whether business owners should face requirements to have an equal amount of rehabilitation across each story.

John Gormley, DDA attorney, said there needs to be clear definitions over how much of the budget will be spent renovating each part of the buildings, though they should not be required to allocate the same amount.

“There tends to be a lot more intricate work on the first floor,” said Gormley “As you work up, even if there’s a window that needs to be replaced, they’re not as much to fix.”

As outlined by the draft budget for 2018-2019 expenditures, the administration of private and commercial building rehabilitation, including the proposed facade improvements, are set to account for $35,000 of the DDA’s budget.

This means of the current estimate of  $196,900 spent on total expenditures, 17.8 percent will be earmarked for improvements on these buildings in the downtown district, making up the largest proportion of expenditures along with the distribution of salaries and wages. Percent of budget spent per expenditure, outlined by the Downtown Development Authority 2018-2019 budget plan. Private/commercial rehabilitation shares the highest percentage with the distribution of salaries and wages across workers.

Sharon Emrick, DDA board member and local business owner, expressed concern over the allocation of funds to fix the back end of her building, not visible from the main street running through downtown.

Depending on how much is actually exposed, she said, there is potential for worry that improvements on less prominent features of the building would likewise allocate a smaller portion of funds.

Funding rehabilitation within the same story

This calls to attention new delineations outlining the appropriate amount of funding needed per various sections of the buildings within the same story.

Tammy Gilroy, mayor of Williamston, said the DDA now has the option to decide whether or not it will require a certain percentage of funds to be spent on fixing up each part of the rehabilitated buildings and if priority should be given to the more prominent and intricate features.

Corey Schmidt, city manager and DDA director, said leaving the current improvement plan without these regulations is likely the best way to go. As things stand, the plan places trust in business owners to know their own property and to adequately allocate their funds if they have a multi-story building.