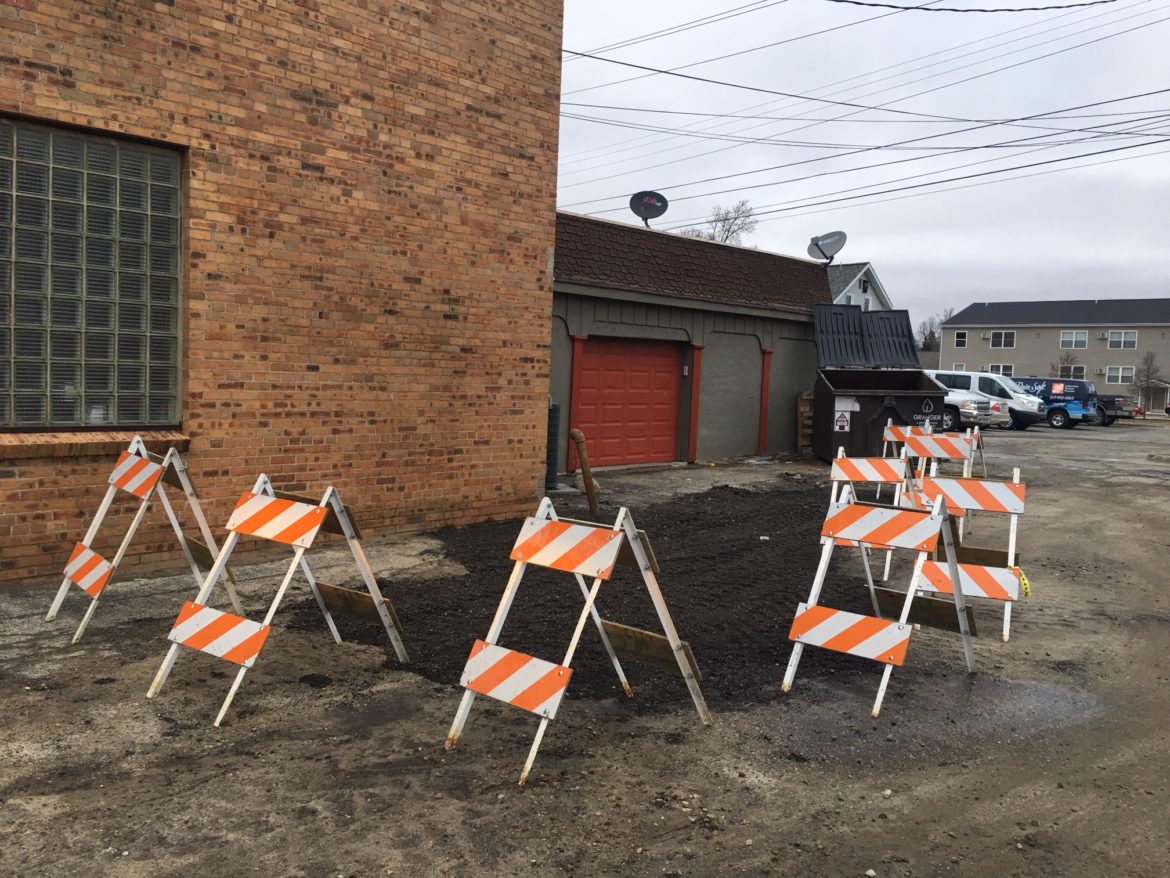 The area of the water main break that took place the week of the 2019 Polar Vortex is directly next to the Williamston City Hall.

Extreme temperatures, not the snow, perplexed city officials in Williamston and Williamstown Township, causing them to think of a system of communication in case there’s another polar vortex.

Wanda Bloomquist, township’s supervisor, said the storm that dumped 10 inches of snow was like no other she has seen. The total snowfall in Williamston and Williamstown Township. The city took two measurements throughout the week; whereas, the township had an estimate for the entire week. “We’ve seen snow totals like this before,” Bloomquist said, “but the cold temperatures were something else.”

The frigid temperatures were one of the biggest challenges that City Manager of Williamston, Corey Schmidt, and the rest of the city workers, faced the last week in January.

“When the temperatures get that low the salt isn’t as effective,” Schmidt said. “It’s harder to keep the roads clear, but I think our guys did a great job clearing the roads by that Tuesday night.”

Bloomquist said that the township office was closed on Wednesday and Thursday; however, she still went in just in case a resident came in or called.

“Unfortunately, we don’t have a plan of action for when a storm like this occurs,” Bloomquist said. “Normally, we just follow what the state and the county do in situations like these.”

The supervisor believes everyone in the township understood the reason for closing during the weather and hopes the township gets a plan of its own for storms like the polar vortex experienced in the last week of January.

“I think (for) in the near future we need to have more of a plan in place for storms like this,” Bloomquist said. “Once that is determined we can figure out a way to notify the residents of the township so they have a better idea of what to do.”

Jessica Eberhard, a Williamston resident, and her four children were stuck inside most of the week due to the snow and brutally cold temperatures that closed the schools.

“I think we all probably just went a little stir crazy being inside more than normal,” Eberhard said.

Eberhard, who works at in MSU’s Extension office, moved a year ago to Williamston.

In preparation for the snow and bitterly cold temperatures, she said she stocked up on groceries ahead of time.

“I didn’t want to have to be out in the cold if I didn’t have to,” said Eberhard.

Kevin Smith, who grew up in Williamston and still resides in the town with his family, said that the storm did not have a significant long-lasting impact on them.

“Although it didn’t affect us much at home,” Smith said, it did make our son’s travels around MSU a bit more chill(y).”

Schmidt and his family operated as normal in their home; however, he too admits he was trying to thinking of things to do inside.

“We didn’t spend much time outside since it was so cold,” Schmidt said. “Normally when we have ‘snow days’ we can spend more time outside getting things done.”

Smith, who works with the United States Department of Agriculture, said he took precautionary measures for the cold temperatures by making sure the backup generator was tuned up and ready to go if they lost power.

“I made sure the generator started prior to the extreme cold weather setting in,” Smith said.

Schmidt said the Williamston Department of Public Works started plowing on Monday morning, the 27th of Jan., around 2 a.m., to make sure residents had safer streets, if they needed to travel.

“The department of public works worked really well during the week, Schmidt said. “The big snow piles were out of the downtown area by Wednesday morning.

The city manager said the department had to deal with another matter on Friday morning when there was a water main break next to city hall.

“Those guys often don’t get the credit they deserve,” Schmidt said. “Thanks to the warm-up and the efforts of the department, the roads were back to looking like roads by Friday.” The location of the water main break that occurred on Friday, Feb. 1, was right by Williamston City Hall. Schmidt said the Department of Public Works was probably worn out from all of the plowing and icing but still managed to fix matters elsewhere.

With the majority of schools closing their doors for most of the week, Eberhard and her kids found ways to stay entertained while staying inside.

“The kids and I made peanut butter cookies one day,” Eberhard said.