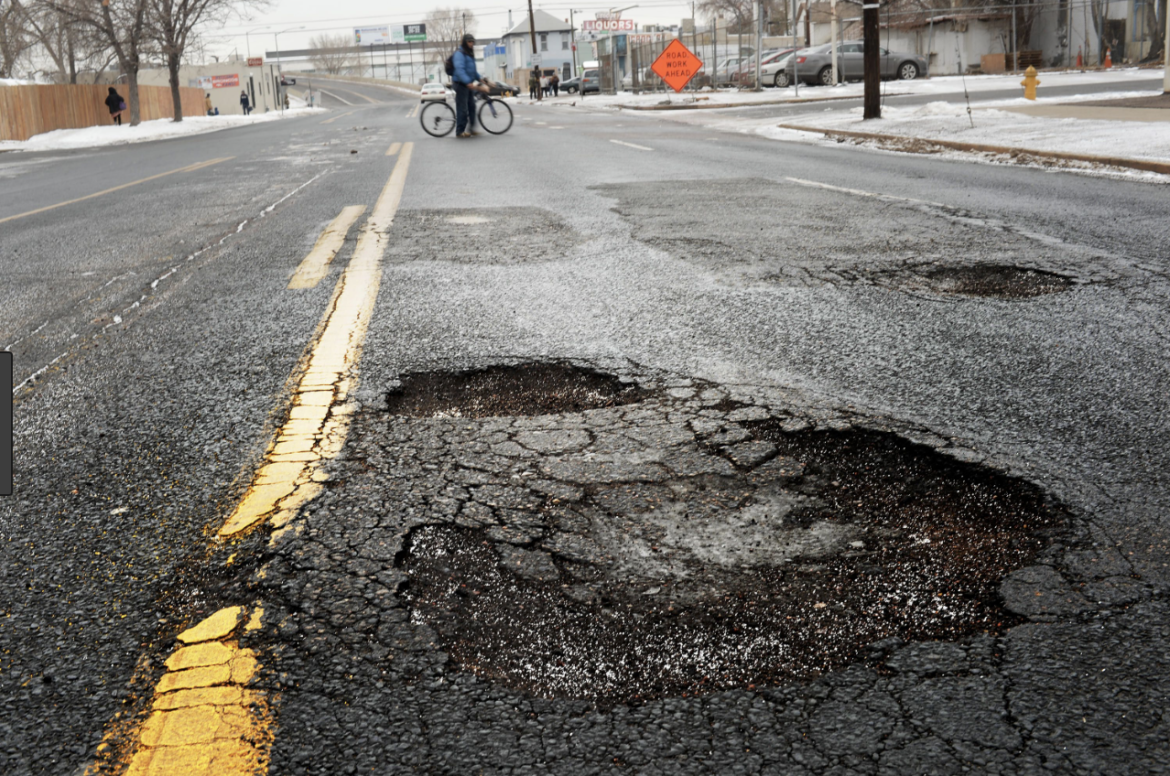 They are scattered everywhere and hiding around the next corner or under a layer of snow. Potholes are invading Meridian roads, waiting for cars to feel their magnitude.

Chatti, who’s been lecturing at Michigan State for 26 years, said being proactive and taking care of the roads can prevent potholes from appearing in the first place.

“It’s like if we eat right and exercise right, our bodies will last longer,” said Chatti.  “It’s the same thing for roads. If you have something why not keep it instead of letting it destroy itself.”

Chatti said potholes are past the point of preservation. Potholes are a product of cracks in a road growing and deepening, so using approaches like fog seal, slurries, chip seal and micro-surfacing are important in preventing cracks.

According to the Michigan Road Preservation Association, “investing $1 to preserve a road in good or fair condition has been shown to save as much as $6 to $14 as the condition of the road deteriorates to a more-costly state of repair.” According to William McConnell, chair of the Environmental Commission, the township has a tax that can match county funds for building roads. The commission also has input on which roads are rebuilt and maintained in the township.

“It’s really important for us to be more knowledgeable about what the options are out there so that we can invests citizens’ money in the best possible way,” McConnell said.

Elizabeth Stepnowski of Okemos attended Wednesday night’s meeting because it was of particular interest to her.

“I didn’t realize that roads deteriorate before you see it happen,” said Stepnowski. “So that was interesting to think that there are techniques you can do to prevent potholes in the first place. I guess I didn’t think about that really.”

McConnell said there’s still plenty to learn when it comes to roads.

“It’s interesting to me that after centuries of building roads, we’re just now trying to narrow down what the environmental impacts of different ways of maintaining and building roads are,” he said.

Judy Ellis of Okemos said she is retired and not out on the roads as much as she used to be, but the roads are still an issue.

“As soon as you pull into Michigan you know when you cross the line,” Ellis said.

Michigan weather does not help the roads. Chatti said cracks in the roads will become an even bigger issue in the spring when the snow melts.

“Extreme temperatures are like the worst thing that could happen to a road,” he said.

In addition to pavement preservation, the meeting covered an update on the Wetland Ordinance, a project that is heating up McConnell said.

“We started talking tonight about wetland banking, which means going out and creating or rehabilitating a wetland that’s no longer functioning properly,” McConnell said.

McConnell said the township has a no-net loss policy. This means for every bit of wetland lost due to construction, it has to be rehabilitated in another way or place.

McConnell said the commission is working on building a large wetland to create a bank so when other projects arise that interfere with a wetland, they can take from the bank  to preserve the no-net loss policy.

“And that’s exciting because whenever you do a big project, you can create an even bigger and more valuable wetland rather than trying to do a bunch of small ones,” said McConnell.  “So not only do you get a better wetland at the end of the day, but it also saves everybody money and bureaucracy because the permitting process is so much easier.”

Also, a new commissioner, Linda Burghardt, was appointed but did not attend the meeting, and Tom Cary of Haslett requested a provision of the chicken/small animal ordinance to allow ownership of chickens in Meridian Township.