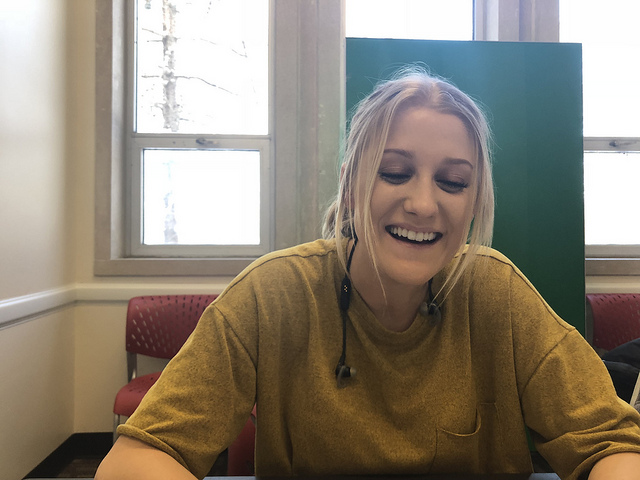 Rachael Yordanich smiles as she completes her homework. 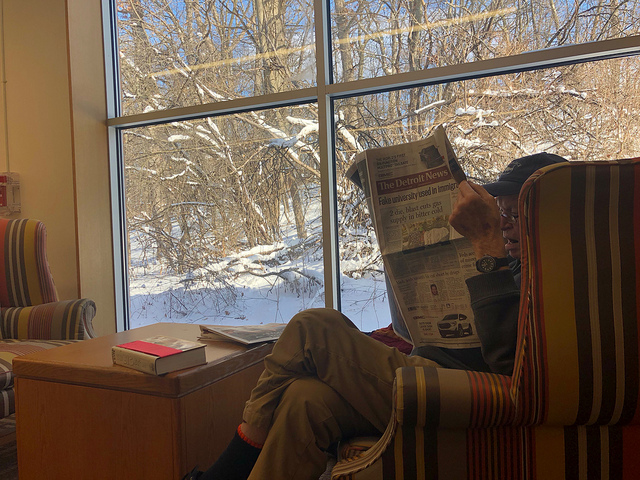 A warm place, a comfy chair and a newspaper make fore a comfortable way to weather a sub-zero day. 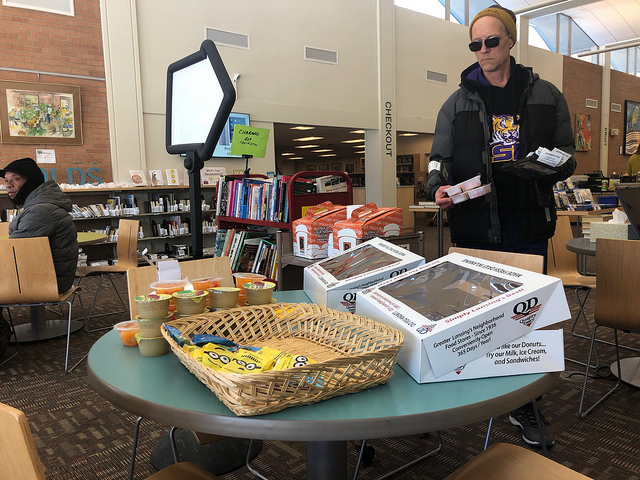 Drinks and snacks—home made or store bought—made the stay in the library more comfortable. 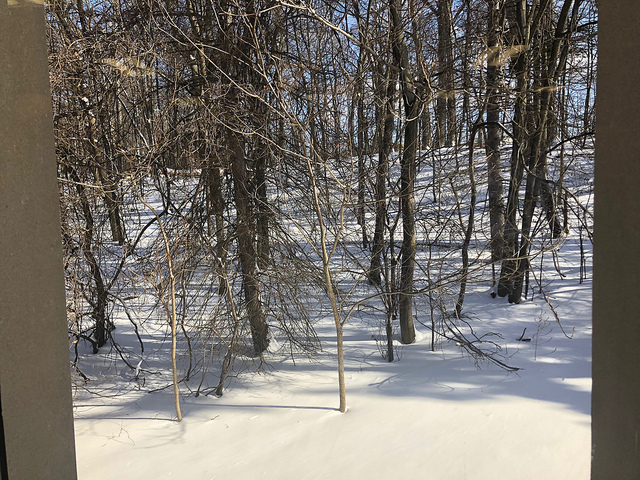 The view from the library windows showed people what they were—or weren't—missing. 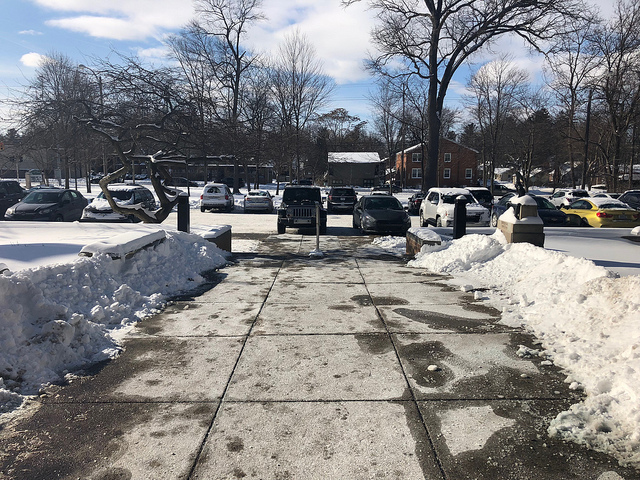 By 1:20 p.m. Thursday, 76 people had come to the East Lansing Public Library, according to assistant director Brice Bush. The temperature was around zero degrees Fahrenheit at the time.

The previous day, approximately 122 people had been to the library, not necessarily for warmth. Bush counted traffic flowing into the library on two of East Lansing’s coldest days.

On average, 1,000 to 1,200 people come to the library daily according to library director Kristin Shelley. Staff members weren’t expecting this turnout with such low temperatures.

Temperatures plunged to a low of -14 on Wednesday and Thursday, according to The National Weather Service.

“I think people can use their judgment whether they need to stay in, but this is an ideal opportunity,” said Karen Dailey.

The library and The Hannah Community Center were designated as warming centers January 28-31. The library became the ideal because of its many activities.

“The public library serves the public community and is usually empathetic, serving the needs of everyone,” said Shelley.

Hot beverages and snacks such as cookies and fruit cups were provided, some donated by concerned community members.

For Mallory Gardner, “It was nice to get out the house and take the kids I nanny for to do something educational.”

Along with activities, engagement and snacks, the library provided stable heat at a time of a gas emergency. East Lansing Public Library didn’t have to change its thermostat on Thursday.
“Our heat is usually kept at a steady temperature on or around 65 degrees,” said Shelley.

“We made the appeal to customers asking everyone to do what they could, especially large energy users in the state,” said Brian Wheeler of Consumers Energy.

She said her staff felt happy just knowing that everything and everyone was fine.