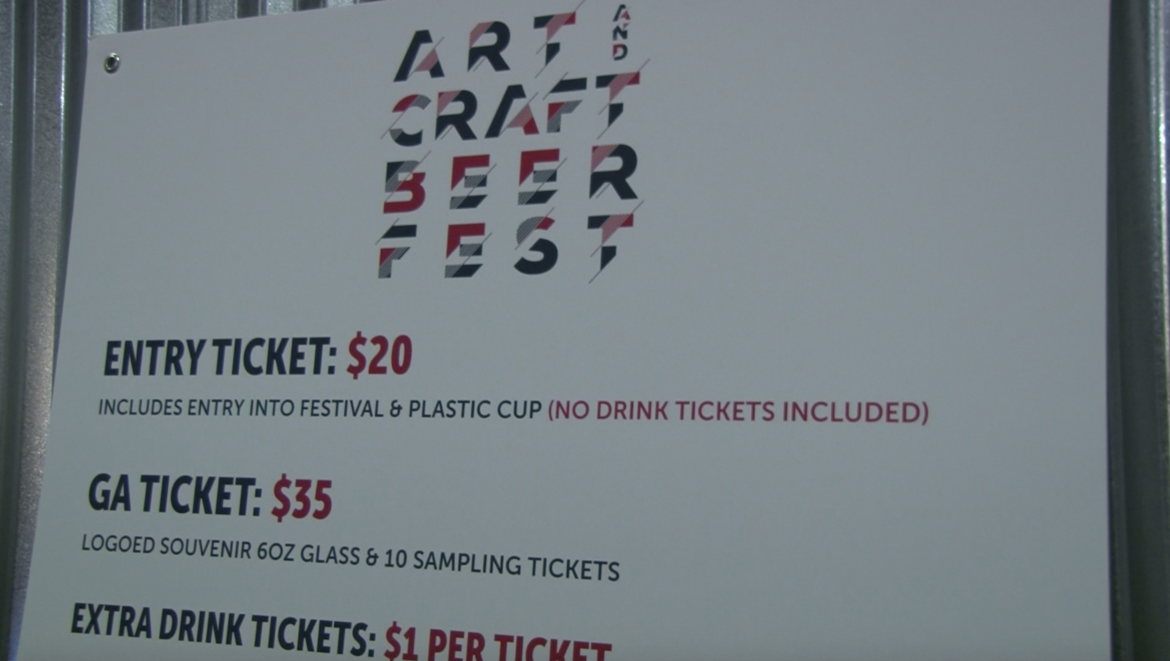 People made their way to downtown Lansing on Feb. 9 to attend the seventh annual Art and Craft BeerFest.

The festival began with check-in at the Cadillac Room (inside Riverview Church), where attendees purchased tickets to gain access into four different venues which had different beer and cider, art and entertainment.

Featured beers from Dark Horse Brewing Co. were made available during the live comedy act in the night session. Small trinkets and pieces of art were on sale throughout the entirety of the event, which was something that festival organizer Paul Starr hoped would be a big draw to the event.

“I hope that they buy a piece and take it home, put it in their living room, put it in their kitchen, put it in their bathroom,” Starr said.  “I mean that’s kind’ve what I’m hoping. I’m really just trying to bring local artists in and promote them and help them get a little more exposure.”

Starr felt that the event was a success and said he plans on hosting a bigger and more improved festival again next year.