To Elizabeth “Liz” Williams, dance is much more than a passion. It’s a lifestyle. When she was in junior high, Williams knew she wanted to share that lifestyle with others. So in 1992, she opened the doors to the Elizabeth Williams School-Dance in downtown Williamston.

Williams fell in love with the old buildings in Williamston, a community that she was familiar with prior to opening her studio. The building she chose for her dance school at 128 W. Grand River Ave. boasts high ceilings and strong wooden floors, perfect for dancing.

Now, nearly three decades later, the Elizabeth Williams School-Dance continues to pass on the lifestyle and art of ballet, tap and jazz dance.

“I’ve been dancing since I was 3 years old,” Williams said. “I was brought up on classical music and art. I’m very passionate about it, about art education. You don’t get that a lot in small towns.”

Williams loves that she can help her own business thrive by utilizing other businesses, promoting the idea of staying local in Williamston.

“I have another business that does my printing, and another that provides flowers for all my performances,” Williams said. “I always call on local handymen to help out when needed.”

When Williams isn’t teaching at her studio, she takes the short journey down West Grand River Avenue to Groovy Donuts, where she works part time.

“I like that you can get just about anything you need within a three to four block area of Williamston’s downtown,” said City Manager Corey Schmidt. “There is a great diversity of quality retail, restaurants and service businesses.”

Lucas Howe discovered Groovy Donuts when he was driving along the highway and saw a sign. He immediately was drawn to the idea of a 1960s-style donut shop, where donuts were made in a “true donut connoisseur way.”

One of the things Howe admires most about the Groovy Donuts location in Williamston is the overall sense of community.

“Williamston is a good location because there’s a lot of older folk who come in here and they just love the nostalgia,” Howe said. “It’s much more intimate [than other Groovy Donuts locations]. People come in, sit down and have their coffee. They just chat, talk about music, talk about the old days.”

In addition to the atmosphere, Howe appreciates how dedicated and involved the owners are in the community. They support different school fundraisers and even donate leftover donuts to different organizations instead of throwing them away at the end of the night.

“I think it’s important for local businesses to get involved in the community, to the extent they have the time and resources,” Schmidt said. “It is no small feat to run a business, and many times when starting out, it is a one person or family operation trying to make a go of it. Recognizing the demands of running a business, I do think community members are more apt to support a business that they see supporting the community.”

These businesses are what keep the town bustling, as Schmidt explained. The overall relevance of a business in the area is another factor in determining its success.

“The key for new businesses is to attempt to complement the existing businesses,” Schmidt said. “The downtown has a lot of established places, and it is important for potential new businesses to find their niche amongst what is already there.”

An established business in Williamston is Barrett’s. The clothing store has been around since 1928, and has continued to be family owned and operated through the years, providing workwear brands such as Carhartt and Levi’s to the people of Williamston.

“The fellow who had owned Barrett’s for 40 years passed away unexpectedly,” said Barrett’s owner Richard Martin. “Me and my family wanted to try to make an effort to keep Barrett’s in downtown. It’s important for the business fabric of Williamston.”

Martin became the owner of Barrett’s just three years ago, and since then, he has added a women’s section to the clothing store.

“We basically try to recognize the people that come in the front door,” Martin said.=

Since the addition of the women’s clothing section, those sales now make up about 26 percent of the business.

Martin continues to keep Barrett’s involved in community events such as the Red Cedar Jubilee Duck Race and Alleyfest.

“It’s something that has survived for 90 years when most businesses in Williamston haven’t,” Martin said.

Businesses like Barrett’s are authentic and important to the community.

Located on the north side of Grand River Avenue, the Williamston Pub & Grill, once known as the Bucket, received an upgrade when Leigh Baumgras and Luciano “Chano” Loredo became owners in 2016. The partners gave the bar some much-needed cosmetic updates, making it a more family-oriented atmosphere.

The Pub & Grill has become more popular since its transition into new ownership, Loredo told Spartan Newsroom earlier this fall.

Another business brewing in Williamston is the Old Nation Brewing Company.

The brewery has been around since 2015. It found its niche in brewing beer that is authentic to Michigan. Their most popular beer is M-43, which is ranked in the top 15 best beers in the state, according to Beer Advocate.

Old Nation is a prime example of keeping business local and not turning to large producers. It’s a reason for people to come into town.

“We’re not a big box store,” said Mark Marquardt, owner of Joey’s Pet Outfitters. “We take pride in the quality of our merchandise. I actually have quite a bit of merchandise that’s made in Michigan. I’m local so I like to support local.”

Marquardt began working at Joey’s in 2015, 10 years after the store had been established. He became the owner on Jan. 1, 2018 after buying the company from the previous owner.

What drew Marquardt to Joey’s was his love for animals and 16 years of experience as a zookeeper at Potter Park Zoo in Lansing.

His passion for caring for animals has continued throughout the years, and he applies his passion to the business.

The pet store partners with the Kitten Nursery, another business in Williamston, for adoption events, and also works with the Ingham County Animal Shelter. The store donates various items to shelters, from toys to food, “anything to help out.”

Joey’s was named 2018 Business of the Year in Williamston by the Williamston Chamber of Commerce.

“Small businesses make up the fabric of the downtown,” Schmidt said. “Their success is what determines the downtown’s success as a whole.”

Here’s a look at Groovy Donuts in Williamston: 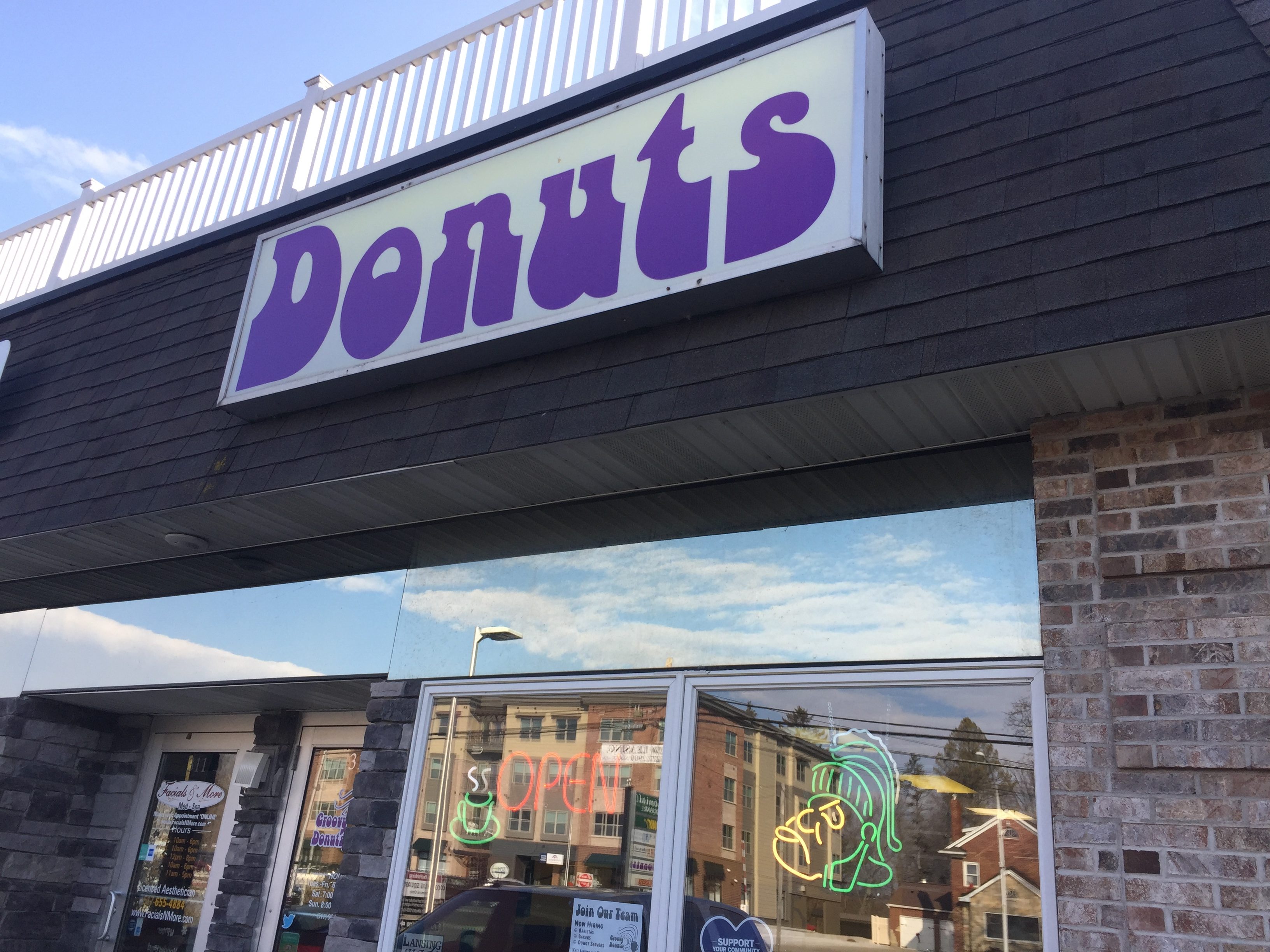 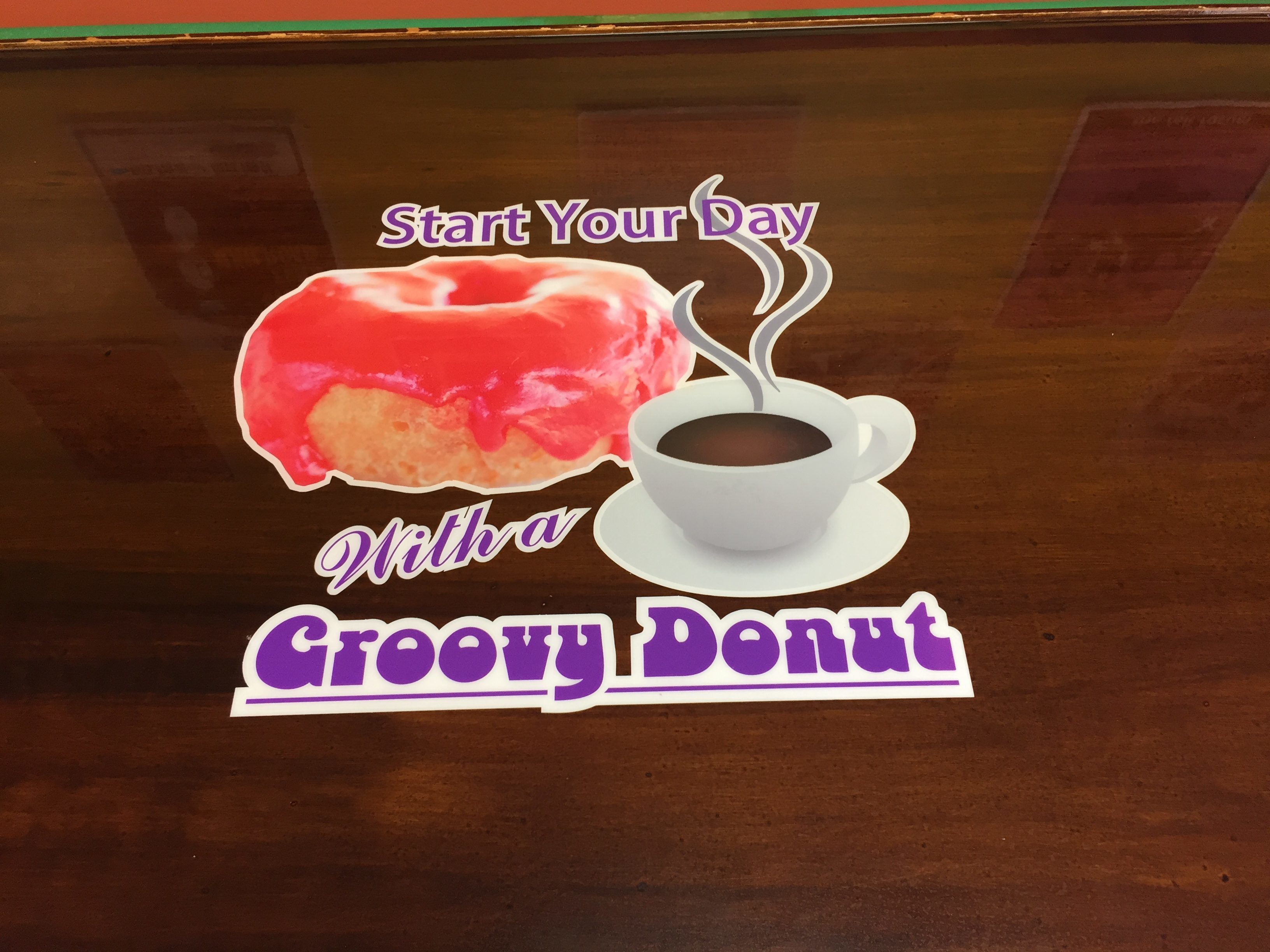 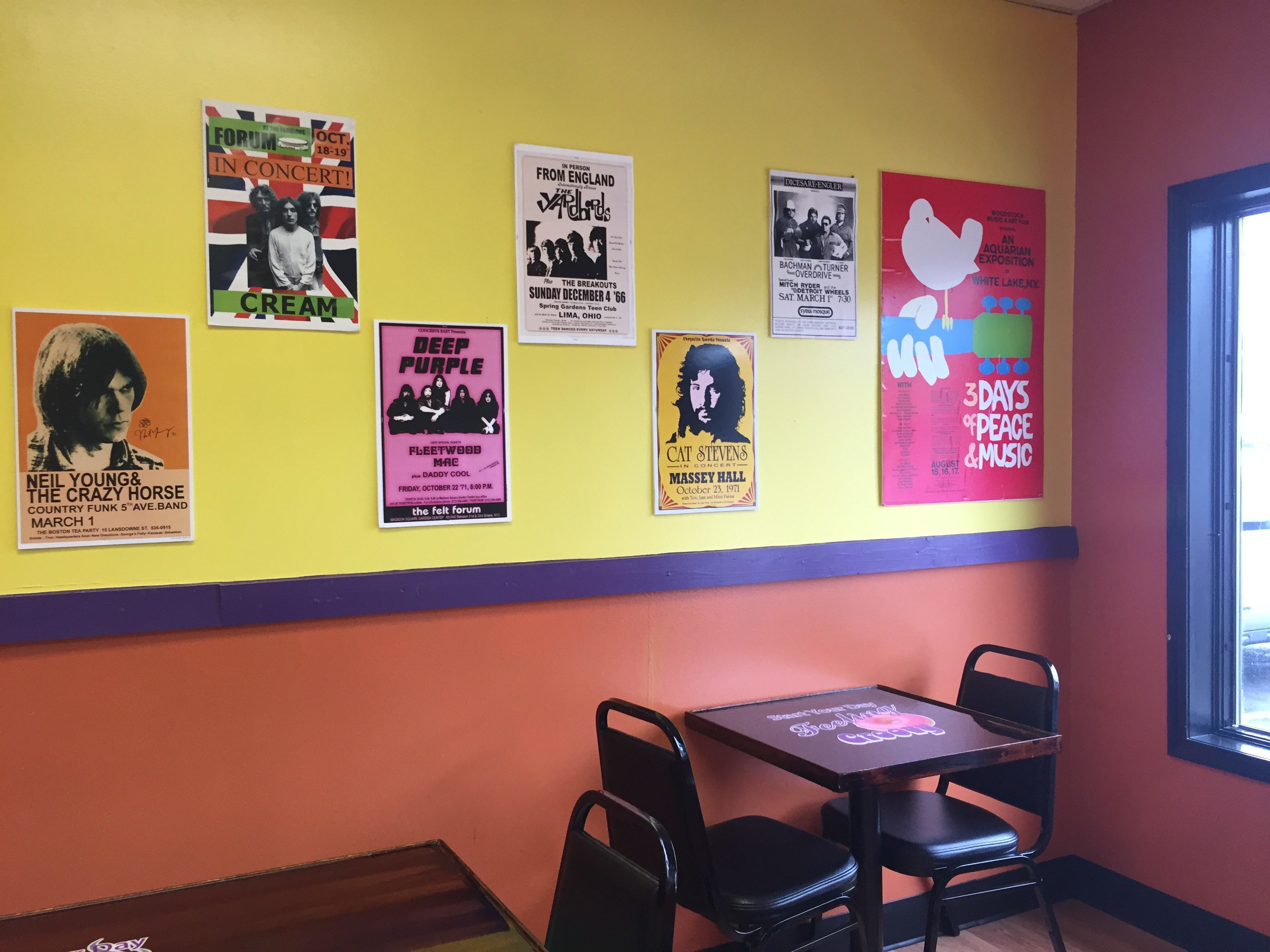 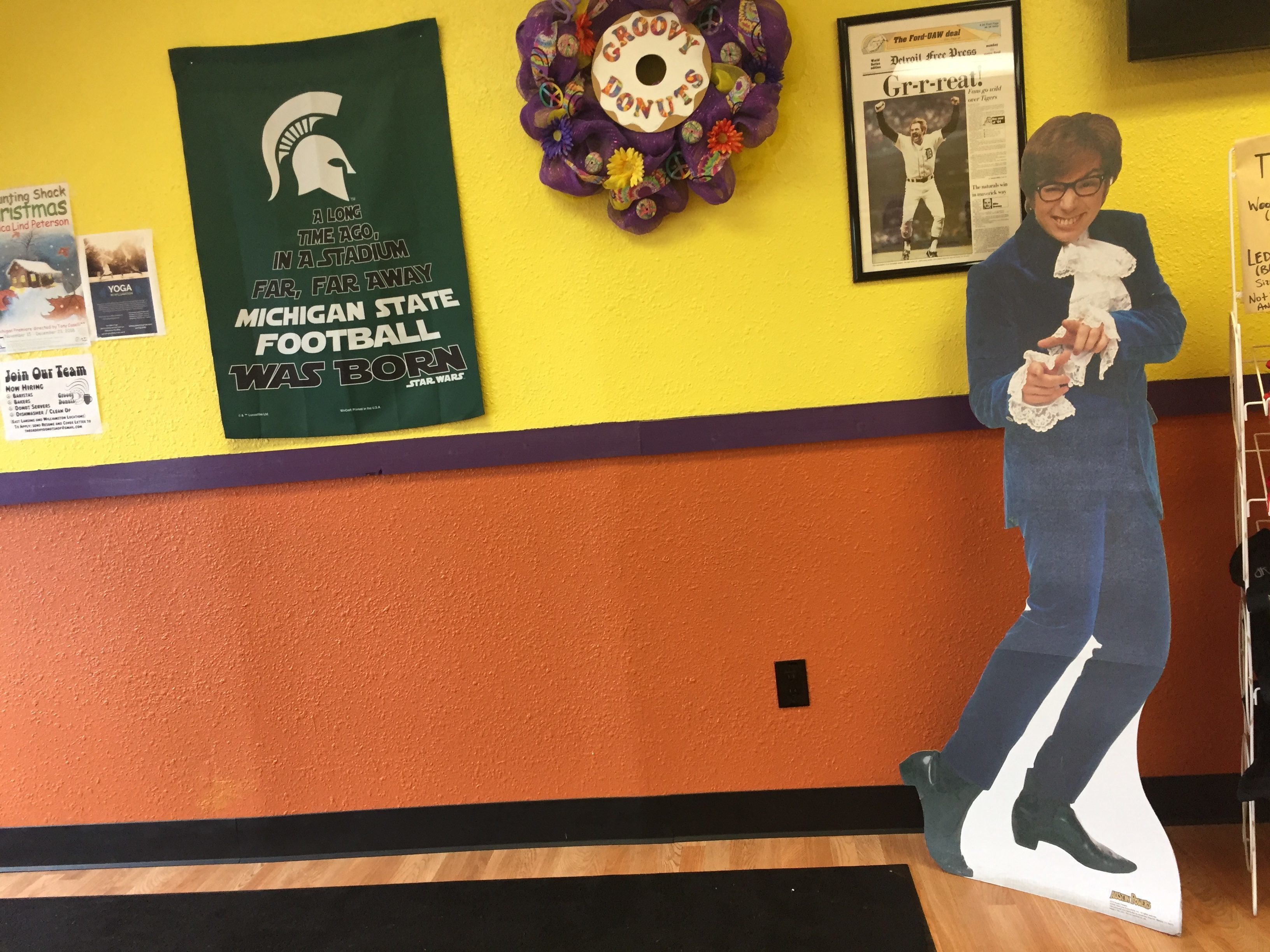 The donut and coffee shop has a 1960s-style feel to it. 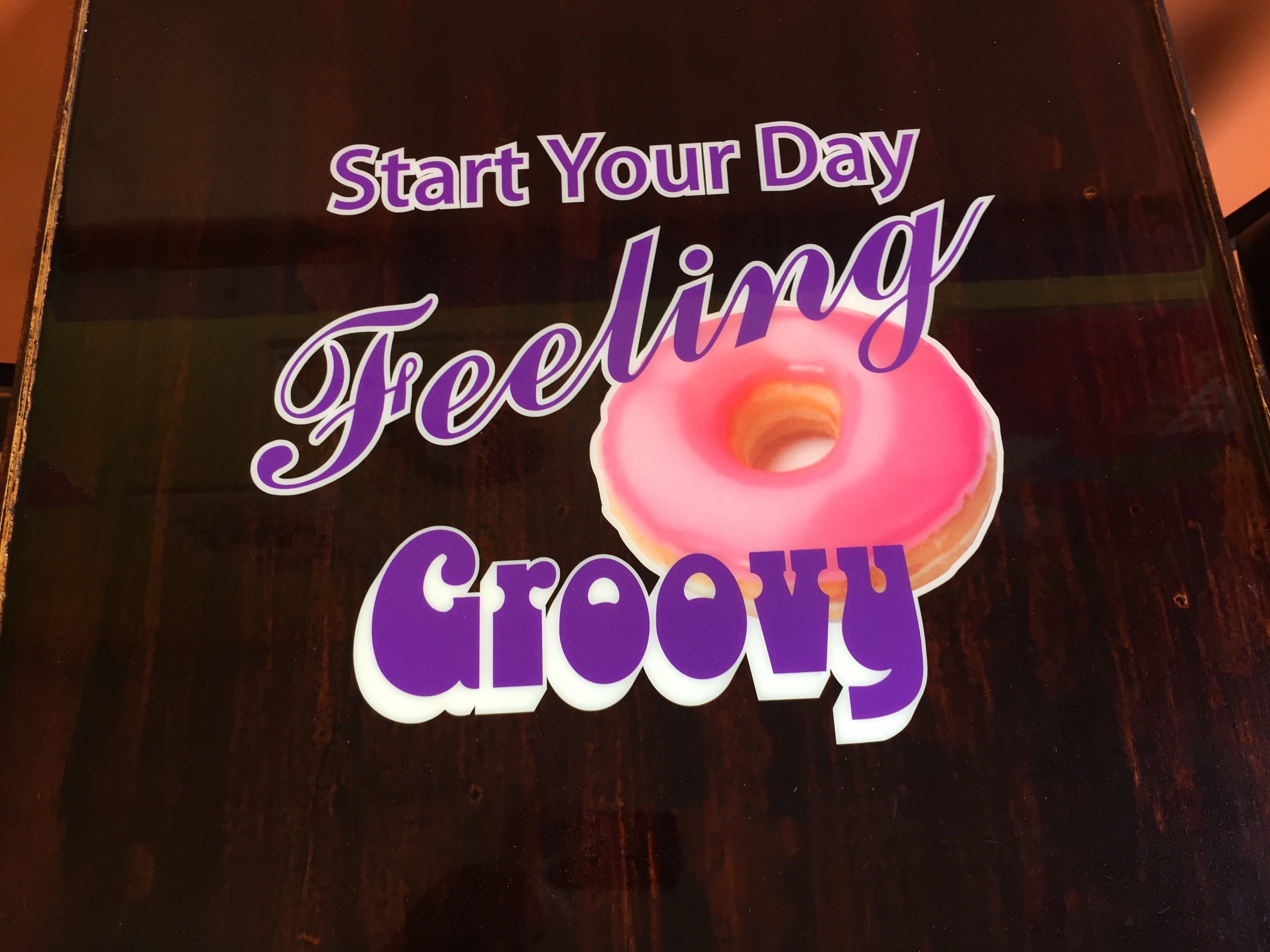 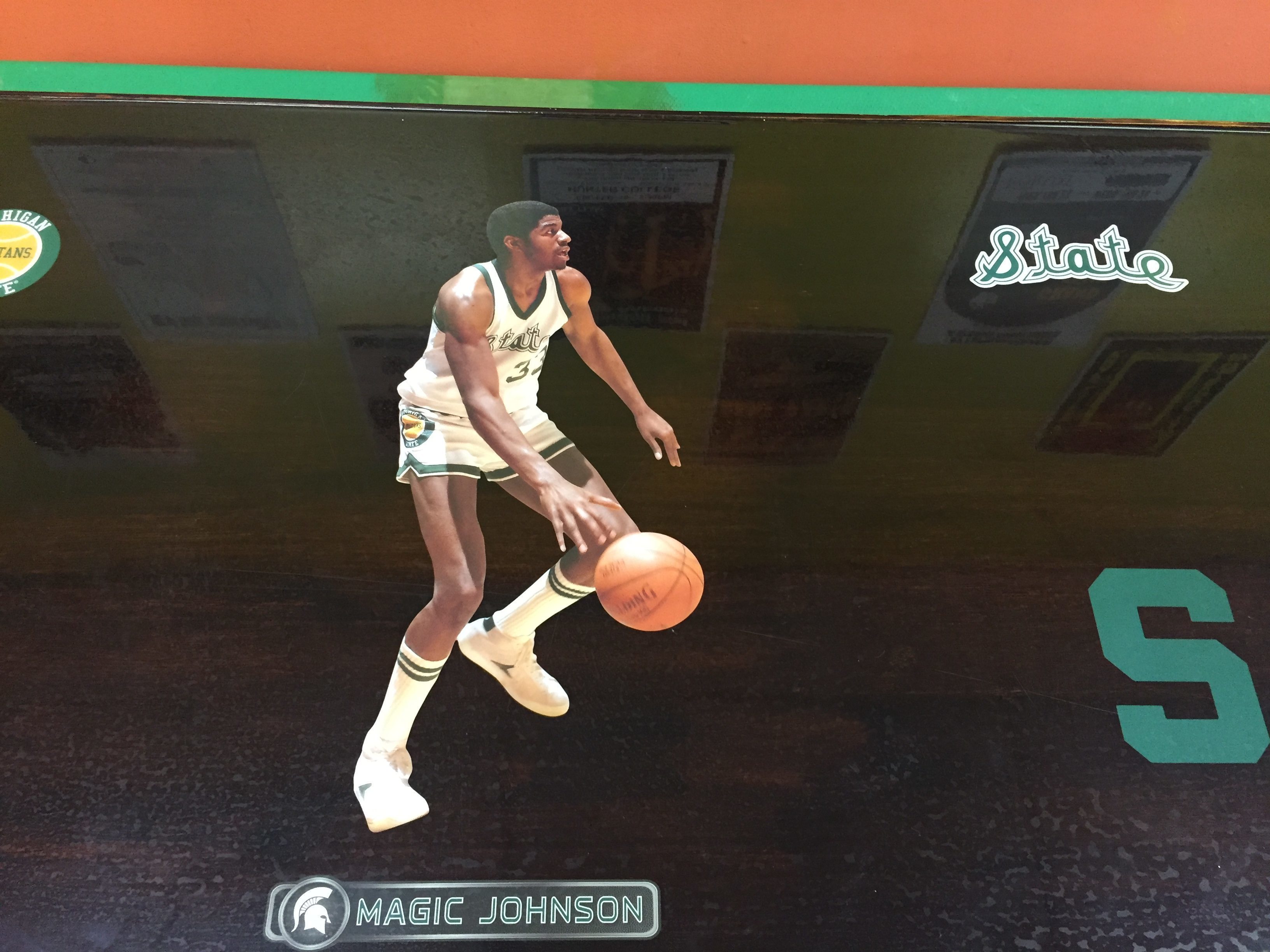 There's a Groovy Donuts located in East Lansing as well. 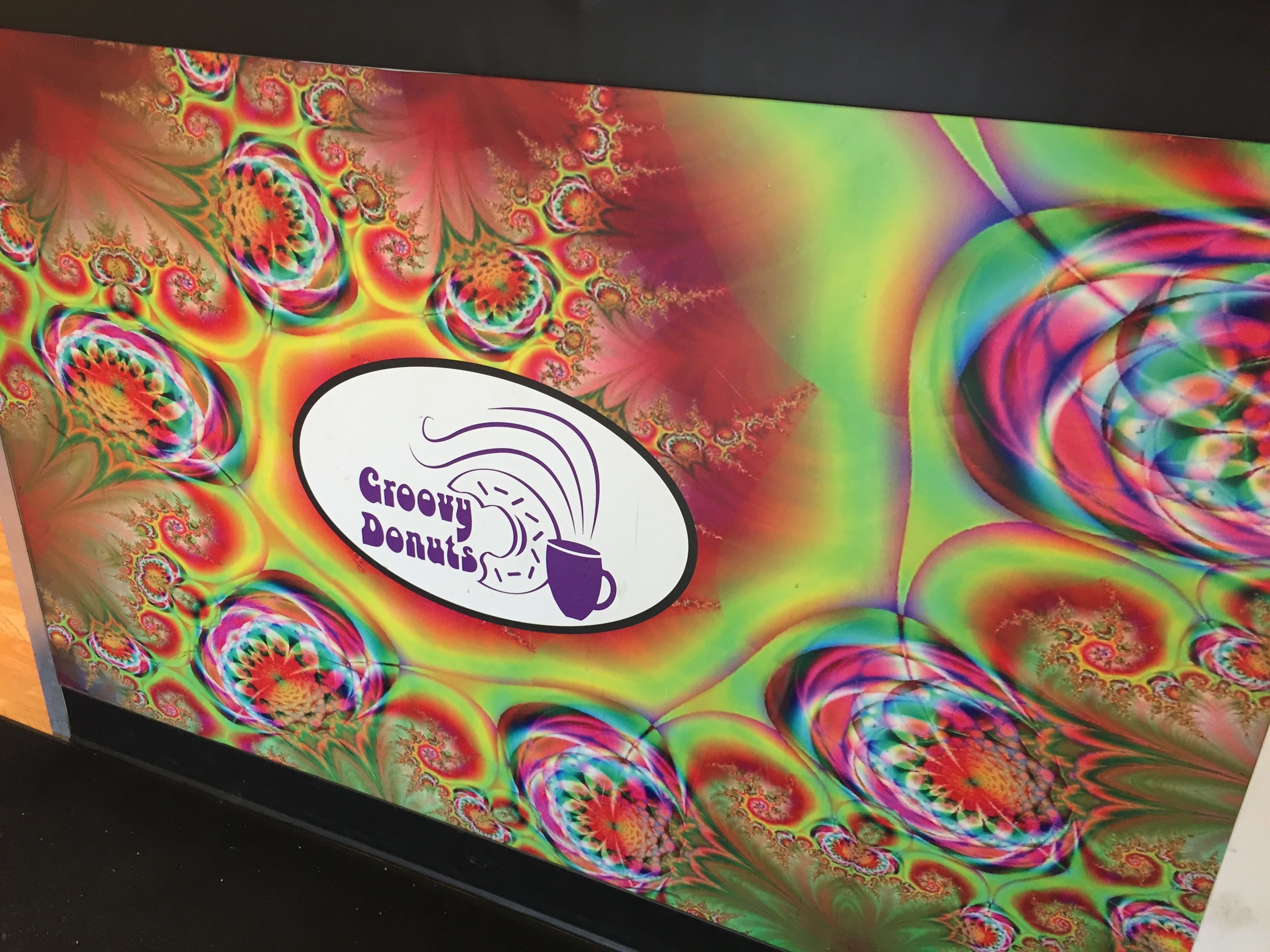 Part of the reason people love Groovy Donuts is because of the nostalgia, Howe believes. 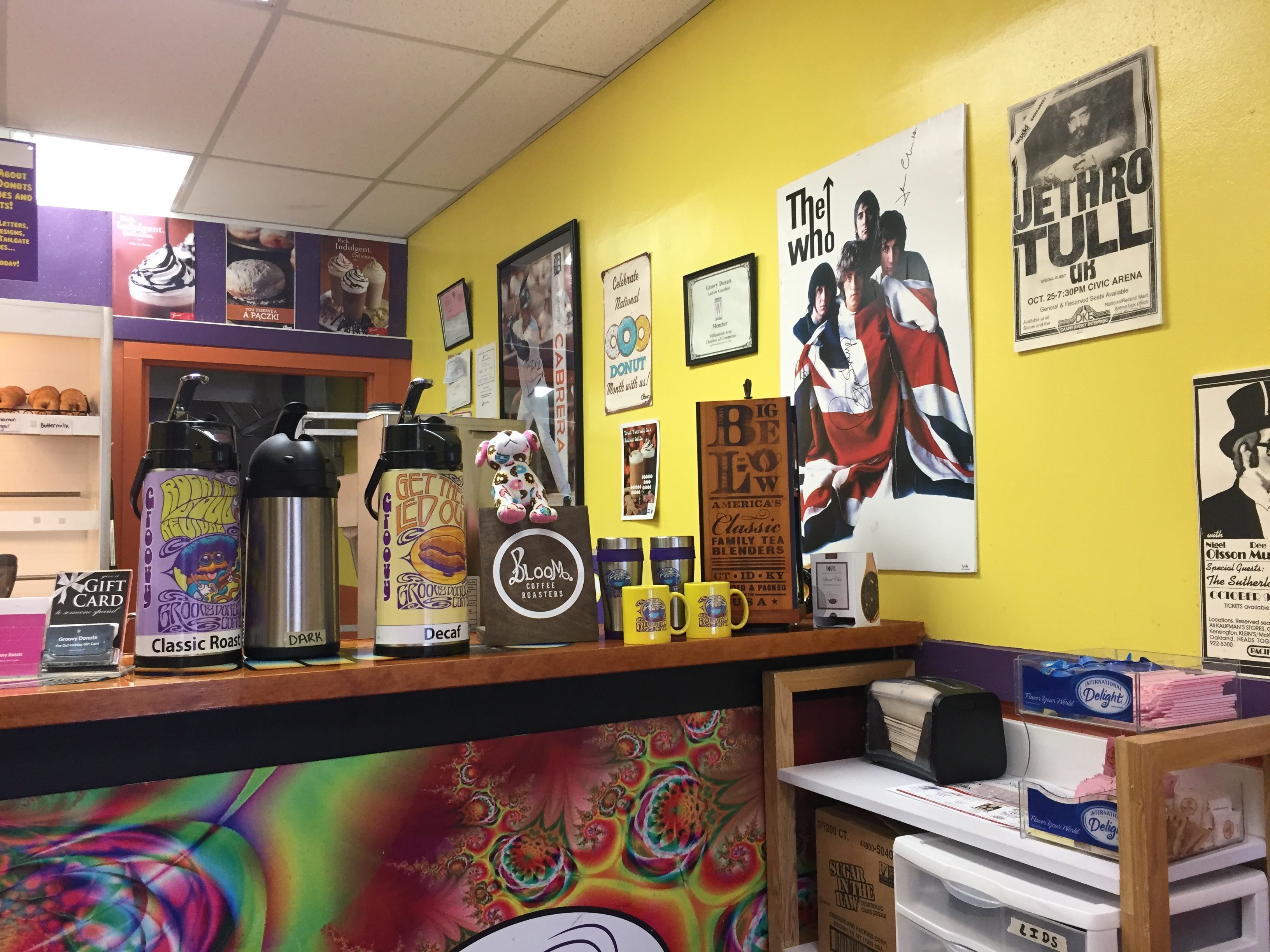 Howe has been working at Groovy Donuts since August. 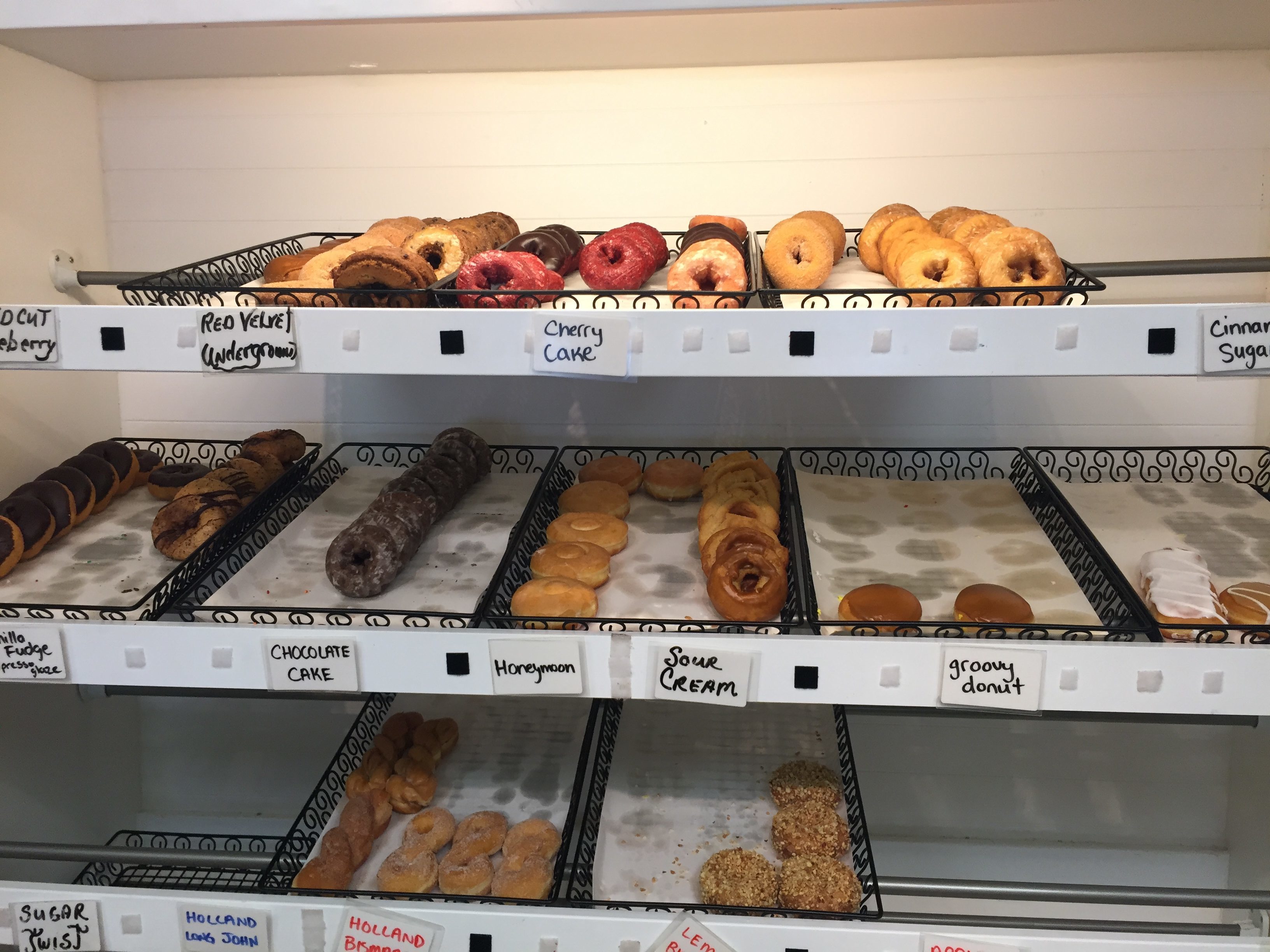 Something that Howe admires about Groovy Donuts is that they make their donuts in a "donut connoisseur" way.