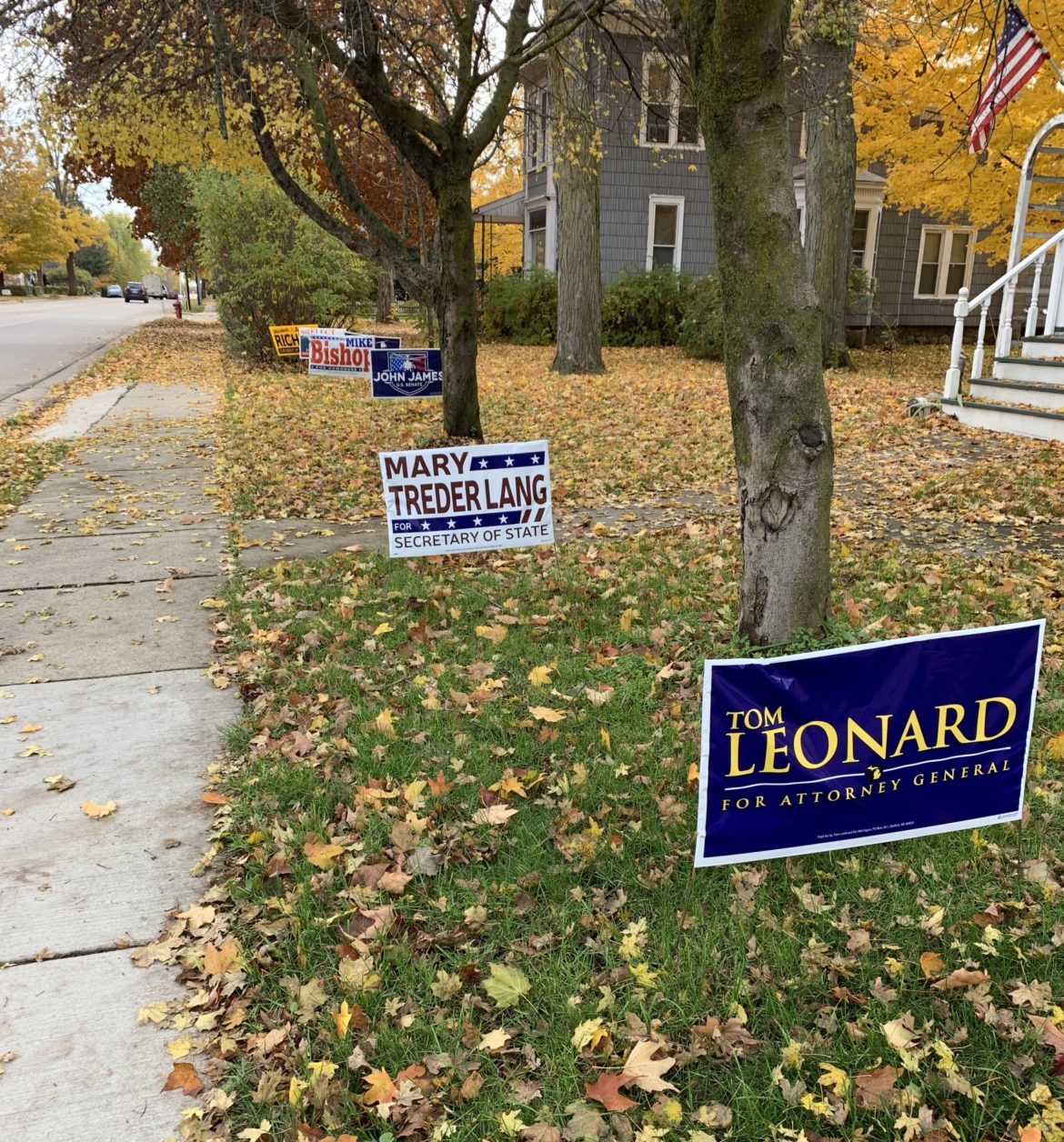 Holly Thompson is the Williamston city clerk and has been busy working on preparing Williamston for one day – the 2018 midterm election. A couple of large tasks that she does for elections which help ensure a fair and easy process for her community are ordering ballots and updating computers.

For residents who order ballots overseas, they ship out the absentee ballots 45 days in advance. Thompson’s office also has bipartisan flyers for people looking to learn more about the candidates.

“We’ve been extra busy with the absentee ballots because those have been really high and just emails and phone calls and everything,” Thompson said. “But really the whole process is very cut and dry and you have to do the exact same things the exact same way every time.”

More absentee ballots could mean more voters who typically stay at home during midterms, are out and participating.

Rich Martin, the 71-year-old owner of Barrett’s in downtown Williamston, mentioned that he can count on one hand how many elections he has not voted in. The first time Martin voted, he remembers feeling “puffed up” and proud.

Despite being a midterm election, Martin still tries to be as educated about the candidates and proposals on the ballot as possible. In order to do so, Martin reads two national papers – The New York Times and The Wall Street Journal. He uses these to help become familiar with the issues and how each candidate reacts to them, which will help determine who he votes for in the end.

The Studio Shop owner, Will Long researches more bipartisan websites and Facebook pages. Long aims to find the most accurate information and consults multiple sources about an issue to see how each network or commenters react to each issue.

“So I’ve been looking at just different bipartisan websites,” Long said. “If one side says one thing, I try to look and see where it says the same thing elsewhere.”

Long has become a more consistent voter since moving to Williamston, and he attributes that to his business. Long used to move around a lot while in the military and did not want to get involved in local issues of a town if he were just going to move again.

“I’ve moved around a lot so now that I’m kind of stationery here I feel like it’s my duty to vote now,” Long said.

It is never too late to get involved and research the items on the ballot. Also, the clerks are there to answer questions about how to vote using the machines and absentee ballots.