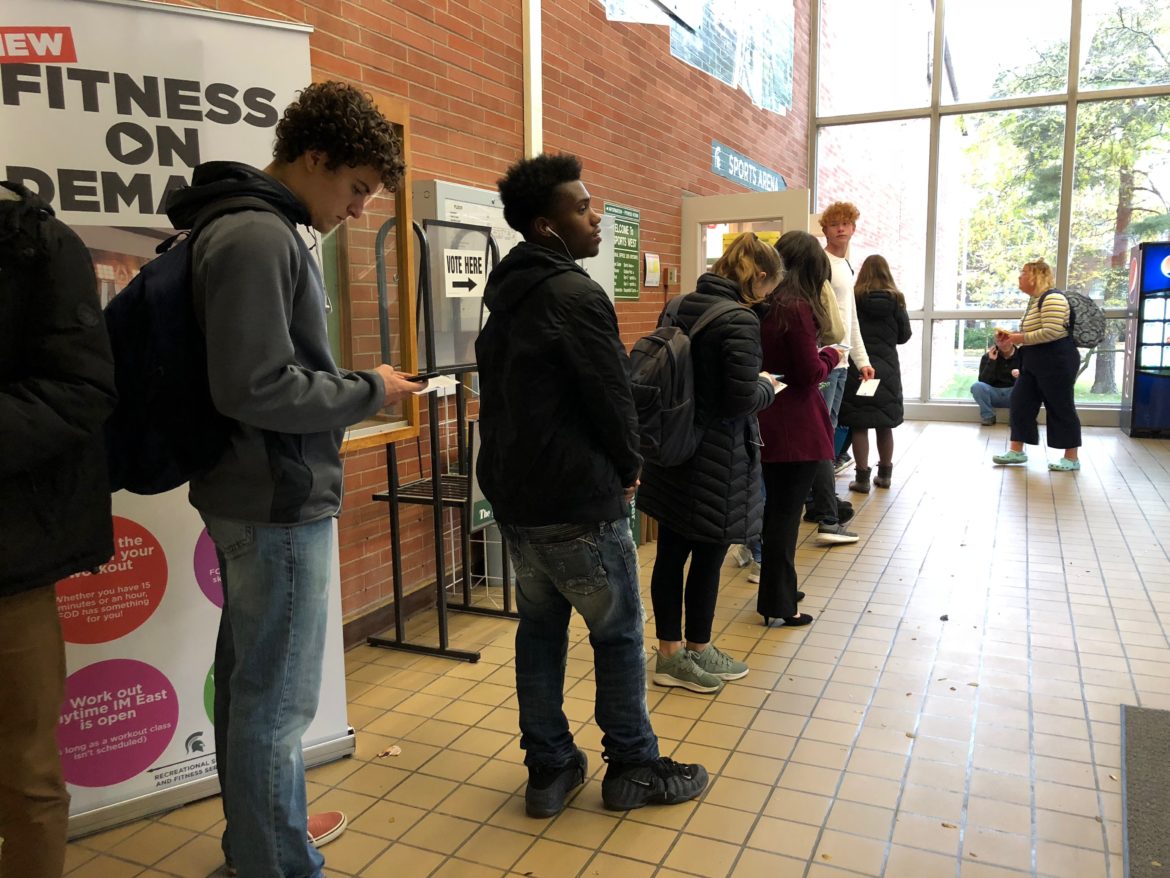 Voters line up to cast their ballots at Michigan State University.

Michigan voters were faced Tuesday with whether to legalize marijuana.

Proposal 1 would allow people who are 21 and older to purchase, possess and use marijuana. Michigan previously had legalized marijuana for medicinal uses.

The proposal would allow 10 ounces to be kept at residences and require amounts that are over 2.5 ounces be secured in locked containers.

Not all supporters of the proposal are marijuana users. Michigan State University senior Blair Moon said he doesn’t smoke, but he cares about the issue for other reasons.

“It didn’t really matter to me because I don’t smoke, but I have friends who smoke and are on probation because of it,” Moon said. “So I voted yes.”

Moon said people shouldn’t be put in prison or on probation for minor things such as use marijuana.

In 2015, 9.3 percent of all Michigan arrests were marijuana related, according to the Substance Abuse and Mental Health Services Administration.

Marijuana use is most prevalent among people aged 18 to 25, according to 2015 data from the SAMHSA, with nearly 20 percent those people using it in the past month.

“I feel like Proposal 1 is a blessing for not only people who do smoke weed, but for people’s mental health,” she said.

“I don’t like the smell of weed, it makes me sick,” she said. “It’s kind of like alcohol to me, people smoke it and their state of mind goes to a different place. It does more harm than good.

“Some people think it relieves them from stress when actually the problem still resides within them. It can be scary”

According to the state police, in 2017 there were 169 total traffic crashes in relation to drug use and drivers being high. Out of those 169, 144 were fatal.

But MSU student Antione Taylor, marijuana use is almost a right of passage.

“I feel like marijuana should be legalized and it should be a right,” Taylor said. “Everyone has a right to drink, to vote, to carry, so how can you ride me out on this?

“Marijuana actually saves lives too, Look at cancer patients and everything they go through. I suffer from lupus and my sister as well. So it helps me get through my day.”

Catherine Brooks has been specializing in the field of journalism since 2017 at Michigan State University. Her concentration is keen on a various selection of education, business, sports and etc. She also has been very instrumental in the field of government since 2015 with cross state missions with her designated military unit.