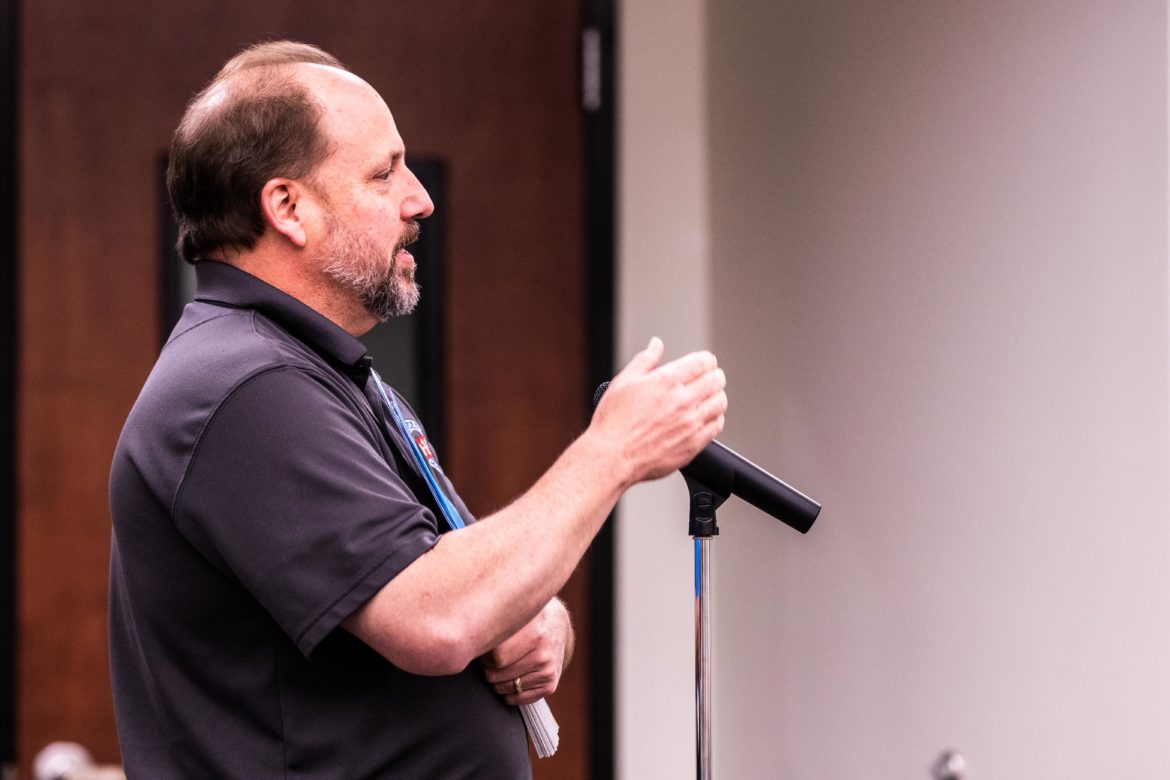 Ingham County 911 Central Dispatch systems manager Bruce Gaukel speaks during the public comment section of the Delhi Township Board of Trustees meeting Oct. 16. Gaukel was speaking in favor of the 911 surcharge increase on the ballot for the Nov. 6 election.

Ingham County voters will decide in the Nov. 6 election whether to increase a fee on phone bills from 42 cents per month to $1.80 to pay for 911 services.

“It will be a welcome addition to Ingham County because it will allow us to be able to talk to our county partners in Eaton and Livingston,” Delhi Township Fire Chief Brian Ball said. “It’s going to be huge.”

This inter-county communication isn’t possible with the current infrastructure in Ingham County, which will not be supported after 2021.

The 911 surcharge is paid by all landline, wireless and Voice over Internet Protocol service users in the county. If approved, the increase would become effective July 2019 and would raise $3.7 million annually. The cost of the new system, including the cost of replacing radios currently in use is $30 million.

The Ingham County Board of Commissioners could choose to lower the surcharge below $1.80. Gaukel said the surcharge will likely be adjusted down once the system is mostly paid for.

Gaukel said that one thing that the county commissioners had looked at in writing the proposal was weighing a property tax millage increase against a surcharge increase.

“(The commissioners) felt that going for a higher surcharge spread that cost out more,” Gaukel said.