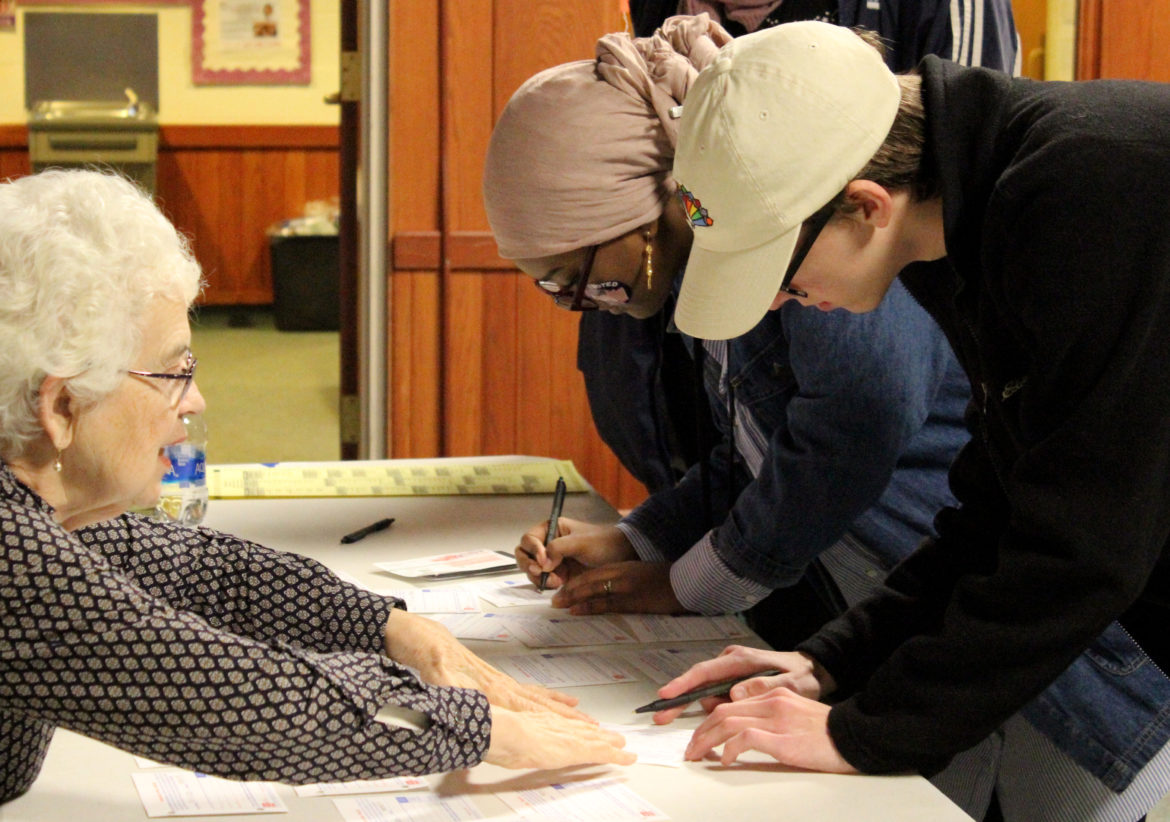 Voters fill out their applications to vote inside Edgewood United Church in East Lansing. Photo by Courtney Pasek

Michigan appears headed toward a new process to draw political boundaries in the state.

With 47 percent votes reporting by 11:20 p.m., Proposal 2 was passing 60.6 percent to 39.4 percent, according to election data reported by The New York Times.

The proposal would create an independent commission to draw districts for Michigan legislative and congressional offices. Proponents for the measure said the state had fallen victim to gerrymandering, a process by which voting districts are drawn in a way that secures seats for incumbents and their party.

Districts are redrawn every 10 years to reflect changes in population. Parties in power have created districts that favor their party over the other. Under Proposal 2, a commission of 13 citizen volunteers representing both parties and independents, rather than legislators, would redraw district lines.

“I’m happy gerrymandering is being addressed,” said Michigan State University elementary education student Shane Cannon, 19, of Grand Haven. “If lines are tampered with, elections can be completely swayed towards a party, creating an unfair election.

“The vote numbers are so close, and different district lines could possibly mean a different outcome.”

Darren Watson, 19, of Roseville, said gerrymandering means that voters don’t have a say in what happens in government.

“I’m glad it was a proposition on this ballot because I think a lot of people don’t know what gerrymandering is and this is a good opportunity for people to learn about it,” said Watson, a pre-law and political science student at Michigan State.

Rory White, 19, Bloomfield Hills, Michigan, physiology: “I’m very against gerrymandering, and glad I had the opportunity to vote on it today. It needs to be addressed because it plays a role in voter suppression, in my opinion.”

“I don’t think it should be passed because of the lack of checks on the independent commission,” Grant said. “Also, California tried something similar and the districts are still recovering.”

Journalism student Jada Hudgins, 19, of Auburn Hills, said the issue is a matter of fairness.

“People in areas of low income aren’t getting their voices heard because they’re being roped in with other areas that aren’t concerned with their issues,” Hudgins said. “Districts need to be redrawn so that we can stop punishing people for their financial situations.”

Chloe Peter and John Donlan contributed to this report.