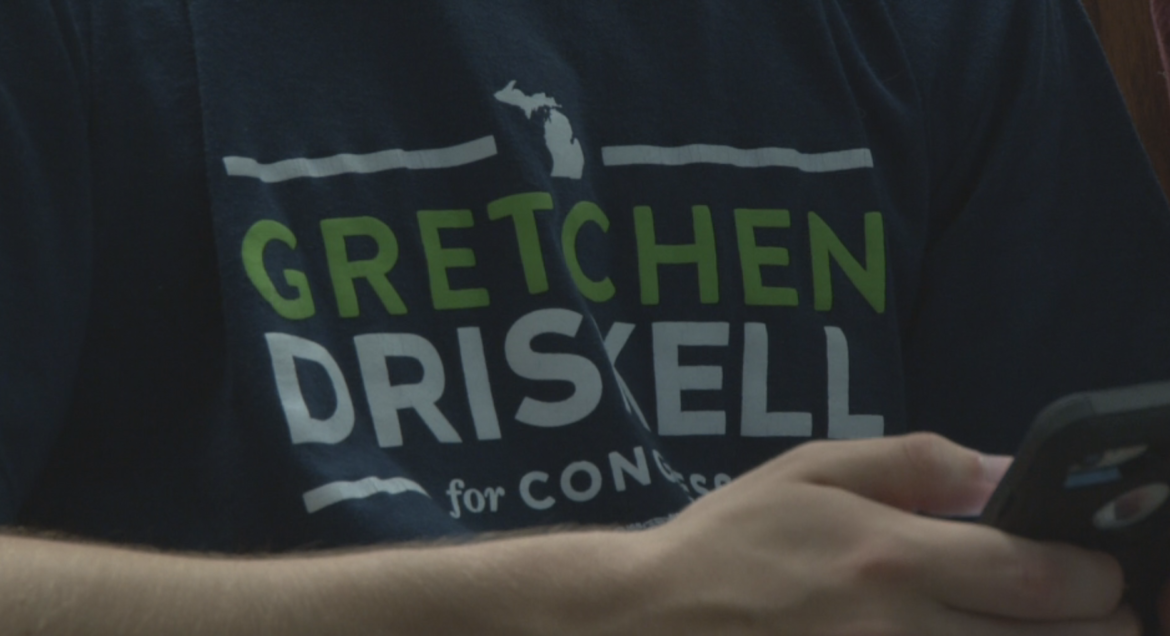 Democratic congressional candidate, Gretchen Driskell, made a campaign stop on campus this week.

Driskell is running against Michigan’s current congressman, Tim Walberg, in the 7th district. Walberg has been in office since 2011.

Tuesday’s meet and greet with students was small and personal, which allowed plenty of time for questions.

MSU isn’t in the 7th district, but Driskell said meeting college students and finding out what they care about is an important part of her campaign.

“I think it’s really important for people to understand what the issues are and what we’re learning here. We’re all learning together and that is how you have a stronger democracy,” Driskell said. “I’ve always just felt really strongly about the more informed a democracy is, the better they will go.”

The MSU College Democrats put on the event and are planning more campus events leading up to the election. They are hosting a gubernatorial debate watch party at 6:45 p.m. Friday, October 12th at 231 Center St. in East Lansing.