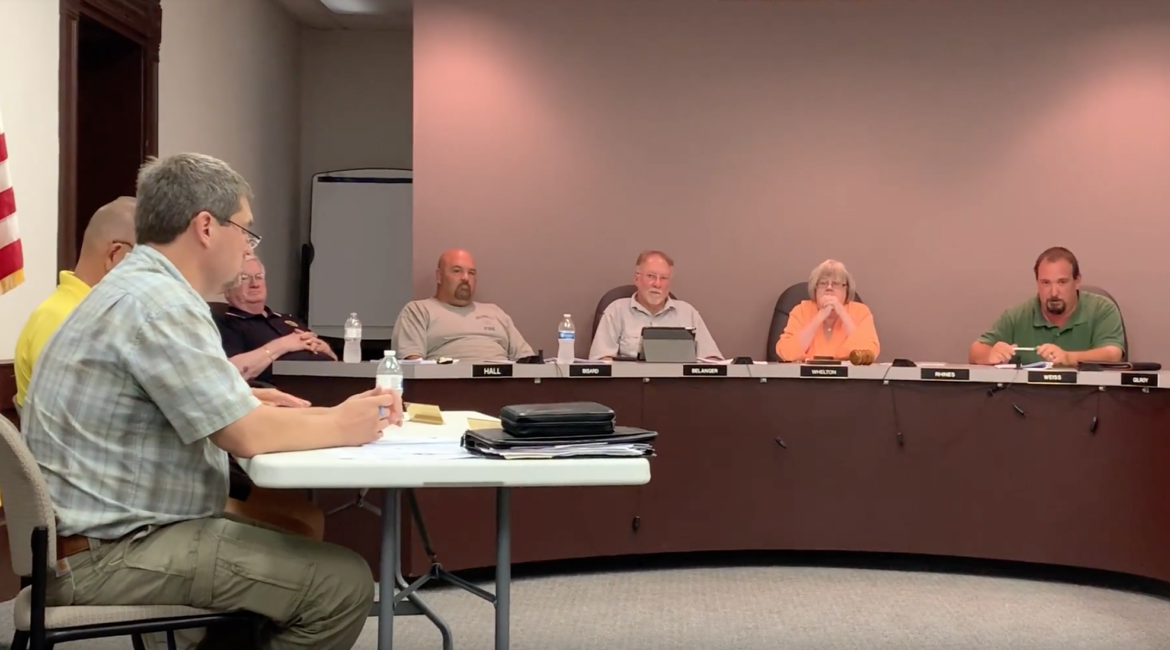 At the Oct. 8 Williamston City Council meeting, the cost of keeping the city running safely and efficiently was the focus of the evening.

The theme of the night was the costs of replacements. The first item on the agenda for approval was a new 2018 Factor 2100i Frontliner chassis for a street-cleaning Vactor truck with the price of $390,981.86. Vactor trucks are used for sewage and excavation but also helps clear out clogs in sewers which can damage homes and back up into basements.

The biggest issue which was brought up in previous meetings, according to DeVries, was the hit it would make to the city’s equipment fund.

“Working with the interim manager, Rachel Piner, she may have worked out a plan to devise this over a five year time period,” DeVries said. “And Huntington Bank, which is a local bank here, we have a branch here…they would finance the unit, but since it’s already in this fiscal year, we can make the first payment right up front and not pay interest on that amount.”

However, a councilmember had an issue with a five-year plan. The chassis that is being replaced is a 2003 and machines similar to these usually require maintenance halfway through the average lifespan said DeVries.

“I guess my biggest question for you and for Corey [Schmidt; city manager], you’ve picked a five-year plan and aren’t these pieces of equipment advertised over a long period of time?” Noah Belanger, a member of city council, said. “So why five, and not seven or 10?”

DeVries explained that the interest from the financial investment was the reason he was reluctant to make the payment plan any longer than five years. He said that they would already be paying $29,000 in interest alone from this project. By roll call, this was passed by the council. Mayor Tammy Gilroy and Councilmember Jeffrey Weiss were not in attendance for this council meeting.

The next issue brought up was about patching of north neighborhood roads. According to multiple members of the council, the roads are in very bad shape. The problem is that they cannot replace the roads as a whole and repave everything because of the old water mains.

The water mains in that area will have to be replaced very soon but the roads have not been repaved since the ‘70s when it was first paved. This was the cheapest and most efficient way that DeVries could come up with short of capping the entire road.

“How long does it usually last?” Whelton said. “Are you going to have to do this again next year or something like the weather changing like it does in there?”

DeVries reply was that the capping of the roads will start to see cracks with a year or two but replacement of the road as a whole will not need to take place for seven to ten years. He also cited the Lloyd street as an example which received capping within the past few years.

The last major issue was about fire codes and inspections. Fire code inspections seem to be standard but it has become apparent that many municipalities are saying they inspect but in reality never are. Michael Yance, director, and fire chief of Northeast Ingham Emergency Service Authority or N.I.E.S.A said he would like to create a meeting to figure out how to go about inspecting local businesses efficiently in conjunction with Schmidt.

“The state has actually been looking at adopting a state fire code but every time they try…you know The Fire Marshall’s Office kept asking for funding, legislature kept turning it down,” Yance said.

The council mentioned meeting in early December to decide on a subcommittee to achieve the fire safety goals.