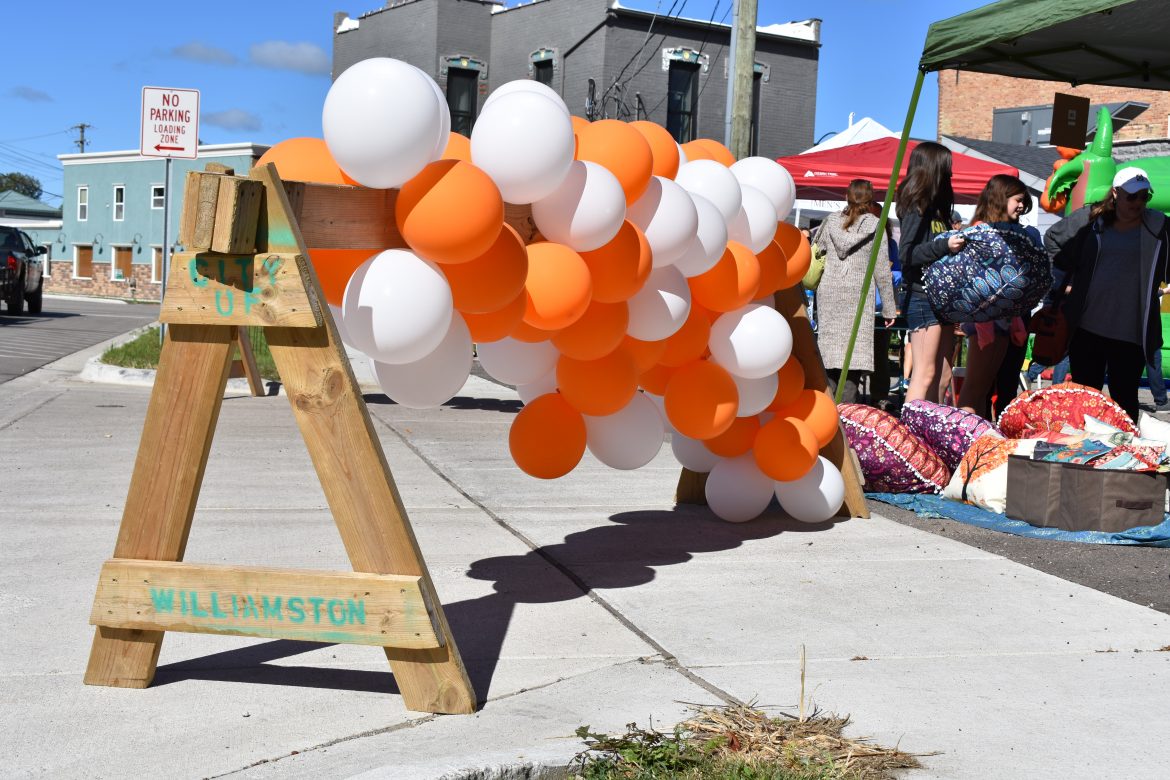 Going back to its roots, Williamston had its first inaugural Alleyfest which included musicians, artists and glassblowers, creating an old-fashioned festival reminiscent of the antique shops littering Williamston’s main drag.

The festival was spearheaded by founder Will Long and his partner and co-founder, Matt Mulford. This was a way that Williamston could bring back its brick-and-mortar history. Williamston is known for its antique shops, however, the downtown area now has four vacant buildings and residents are becoming worried Long said.

“It’s great for all of our businesses that are downtown and it gives our residents that live in town, something to do,” Tammy Gilroy, Williamston mayor, said. “It brings in people from outside of our community into our downtown area.”

The artists ranged in craft from glass blowers, a popcorn maker or even a soap maker. One of the goals was to make this event as family friendly as possible, Long said. There was a bounce house, a mini hay maze and goats for the kids.

One of the vendors was Kathleen Fitzpatrick, who owns Happy Camper Soap. Her inventory includes shampoo bars, lotion bars, standard soap, facial wash bars and some specifically for beards as well. Happy Camper Soap has a presence on Facebook and Etsy.

“I started making soap about 11 years ago, making it for friends and family and then it just started to snowball and I opened my business a year ago,” Fitzpatrick said. “I heard about it [Alleyfest] from the studio shop, the owner named Will, and he told me that a group of artisans would be participating in Alleyfest and I wanted to get involved.”

The alley behind Ellie’s’ Country Kitchen was already bustling with people and vendors by 11:30 a.m. and the event started at 10 a.m. Long had an initial high and low goal for the attendance of Alleyfest. His low goal was 100 and his high goal was 1000. Long had nearly reached his low goal at 11:30 a.m. with roughly 75 people in attendance.

As for the musical portion of the fest, the variety was noticeable. There was everything from a beatboxer to a man and his guitar. Everything was geared to being family friendly so all of the music was appropriate and if a child needed a calm sensory place, the goat pen was it. The Jubilee Farms had a sensory stand set up for kids involving seeds and squishy foam with beads inside.

“The main thing is just trying to get people downtown,” Mulford said. “We’re just trying to get more attention and more interest in getting people from Okemos and Haslett and East Lansing, places that are really nearby, but they don’t always make it to Williamston.” 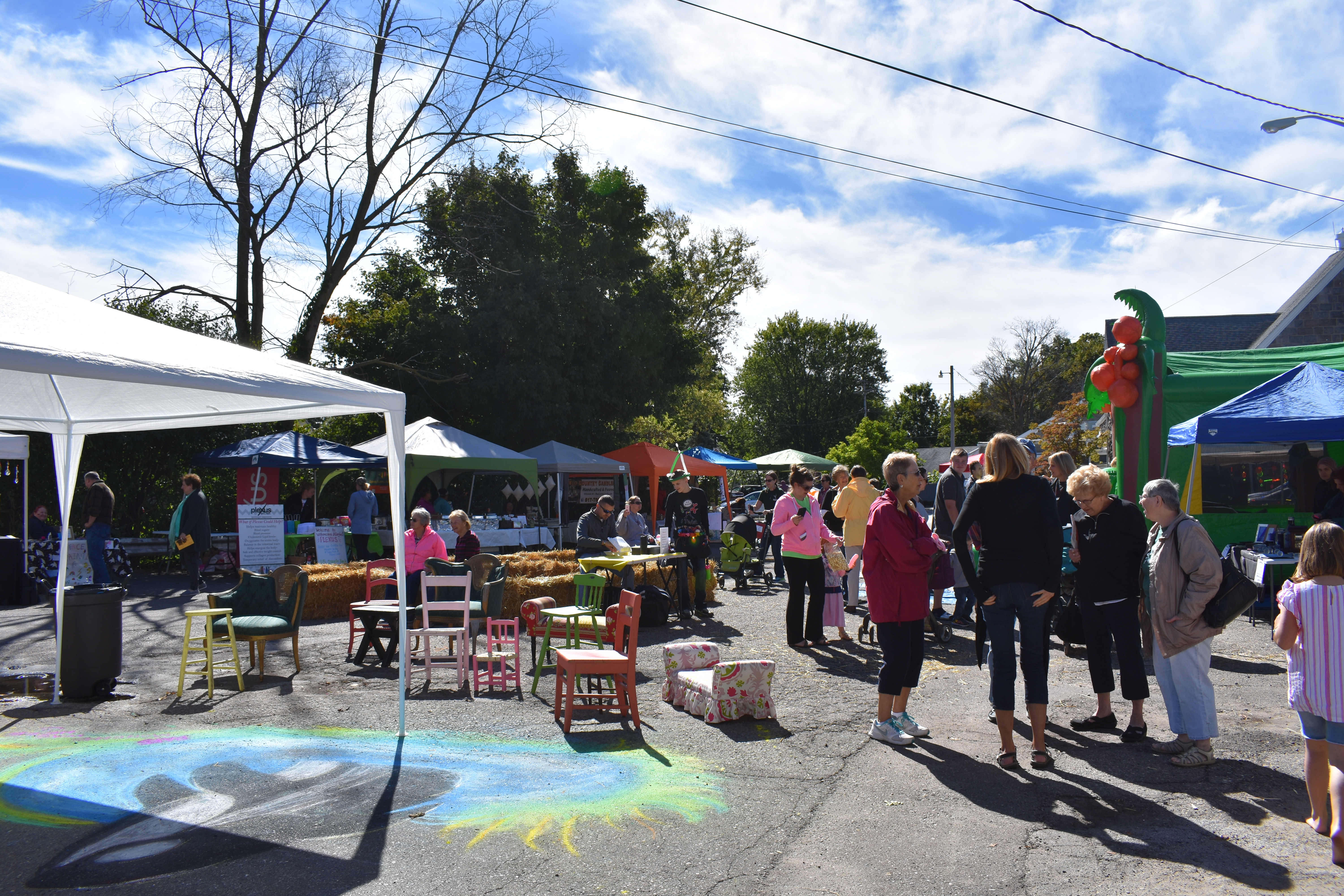 Crowd in the heart of Alleyfest located behind Ellie's Country Kitchen. One of the artists from Alleyfest drew the whale in chalk. There were a number of activities for kids such as a bounce house, a mini hay maze and goats. 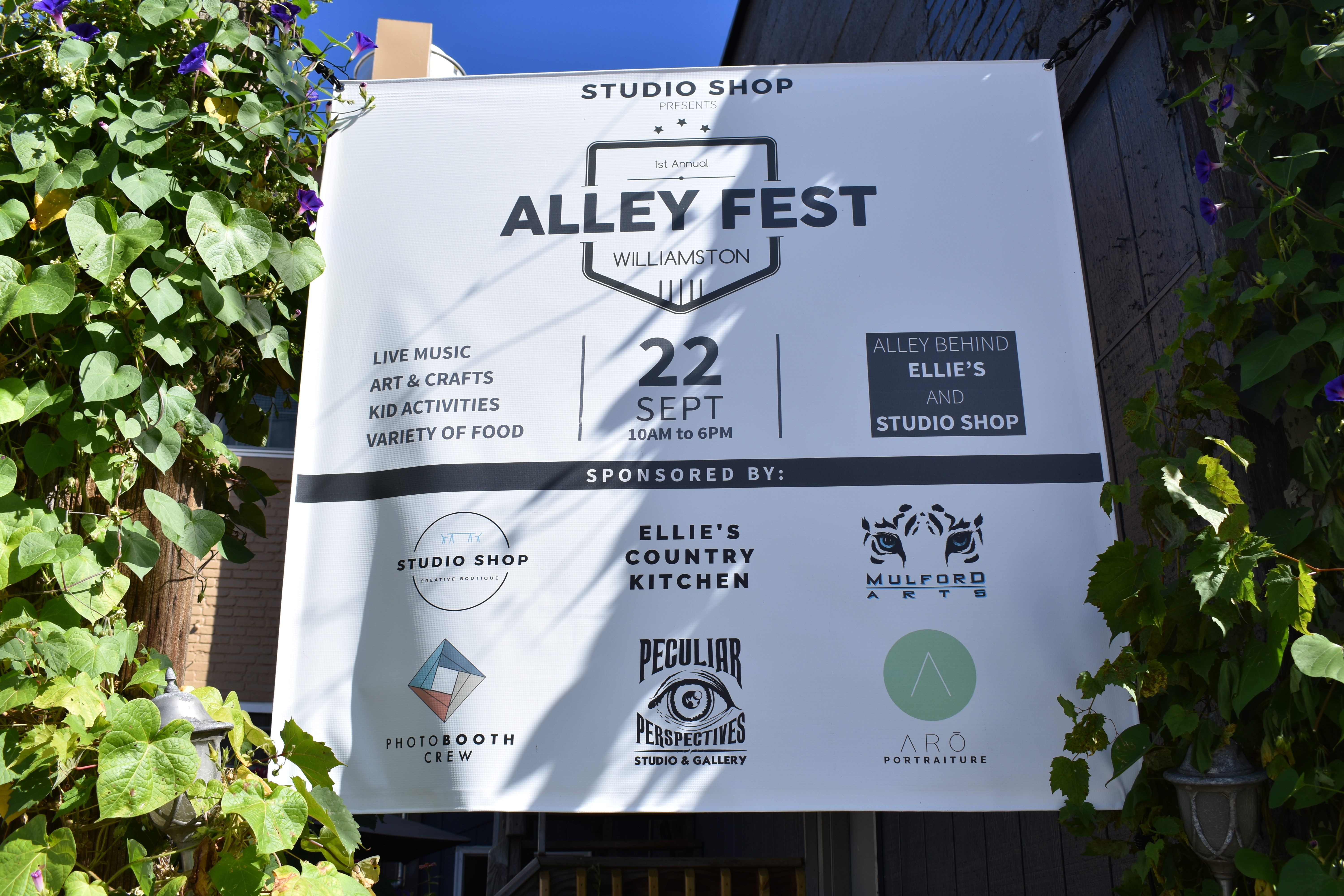 This was the first inaugural Alleyfest in Williamston, MI. The event took place on September 22 from 10 a.m. to 6 p.m. The event included a multitude of vendors which ranged in craft. 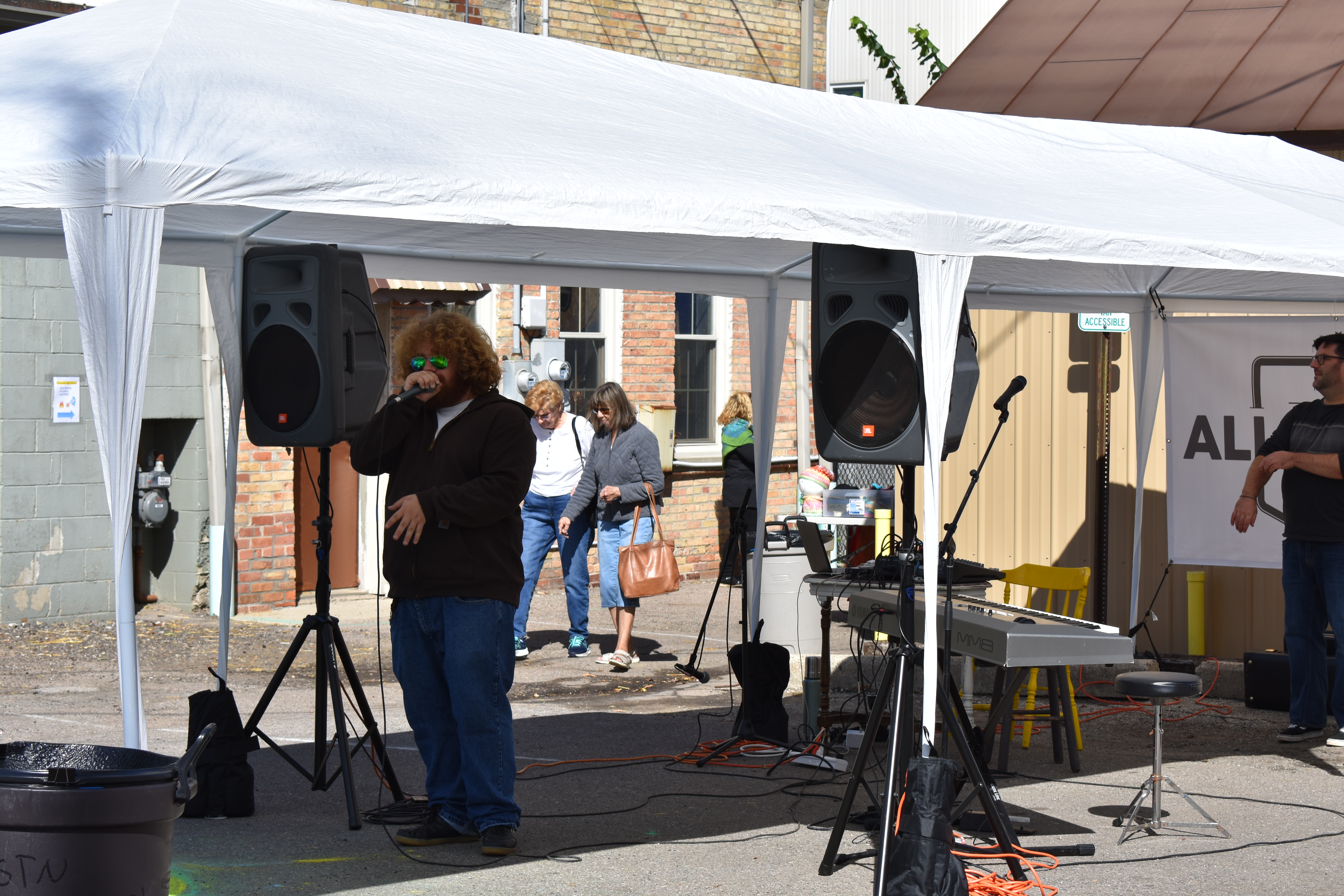 Among the crafters, Will Long who founded and coordinated the event, also had musicians. This was the beatboxer. Long said that the musicians that were found, also have a presence on Spotify or do concerts around the area. The center stage was in the large courtyard opening to the alley itself. 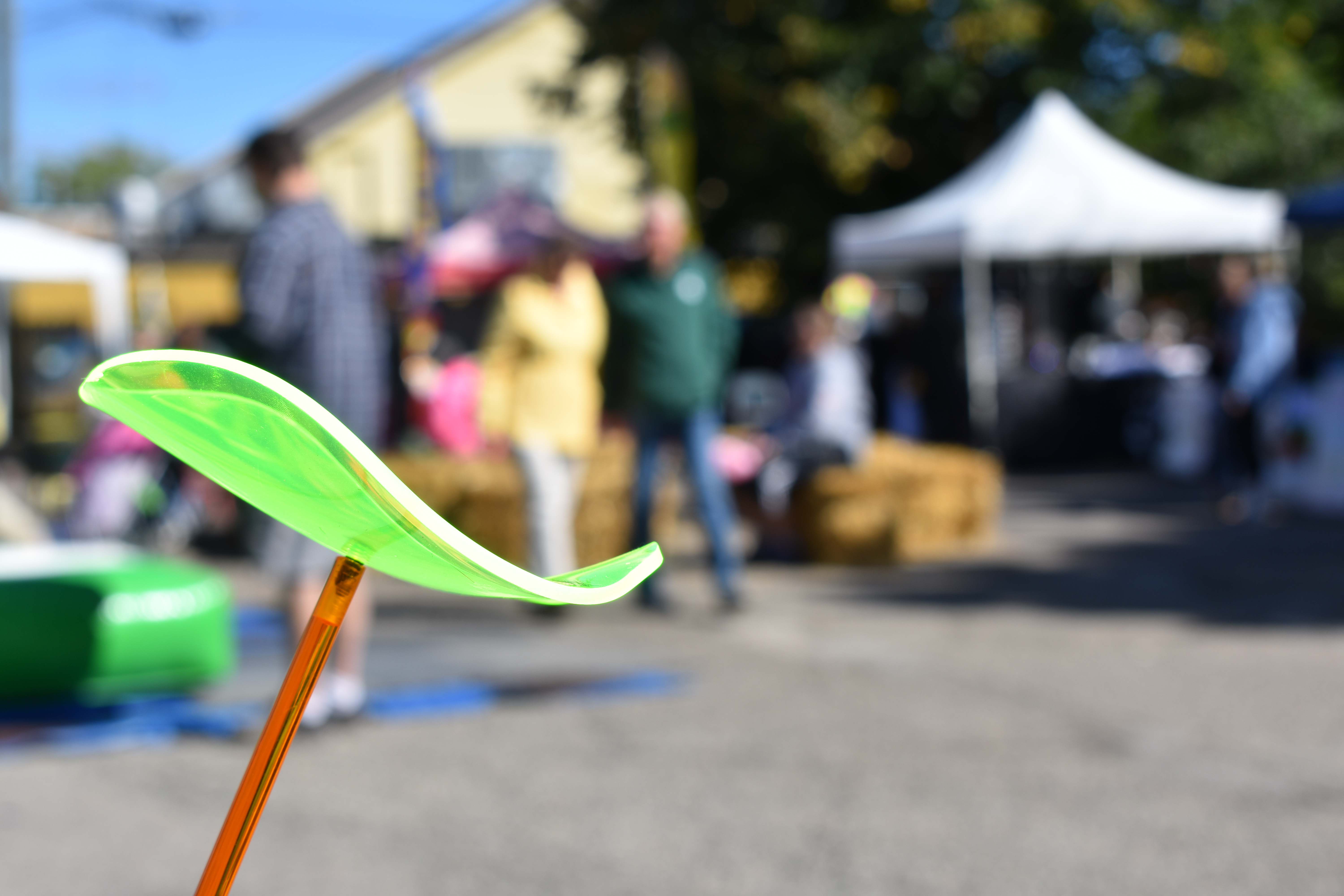 Past a glass stem and leaf, a couple is walking through the center of Alleyfest. Behind them, the hay maze for kids is in view. The white tent is where the musicians played. 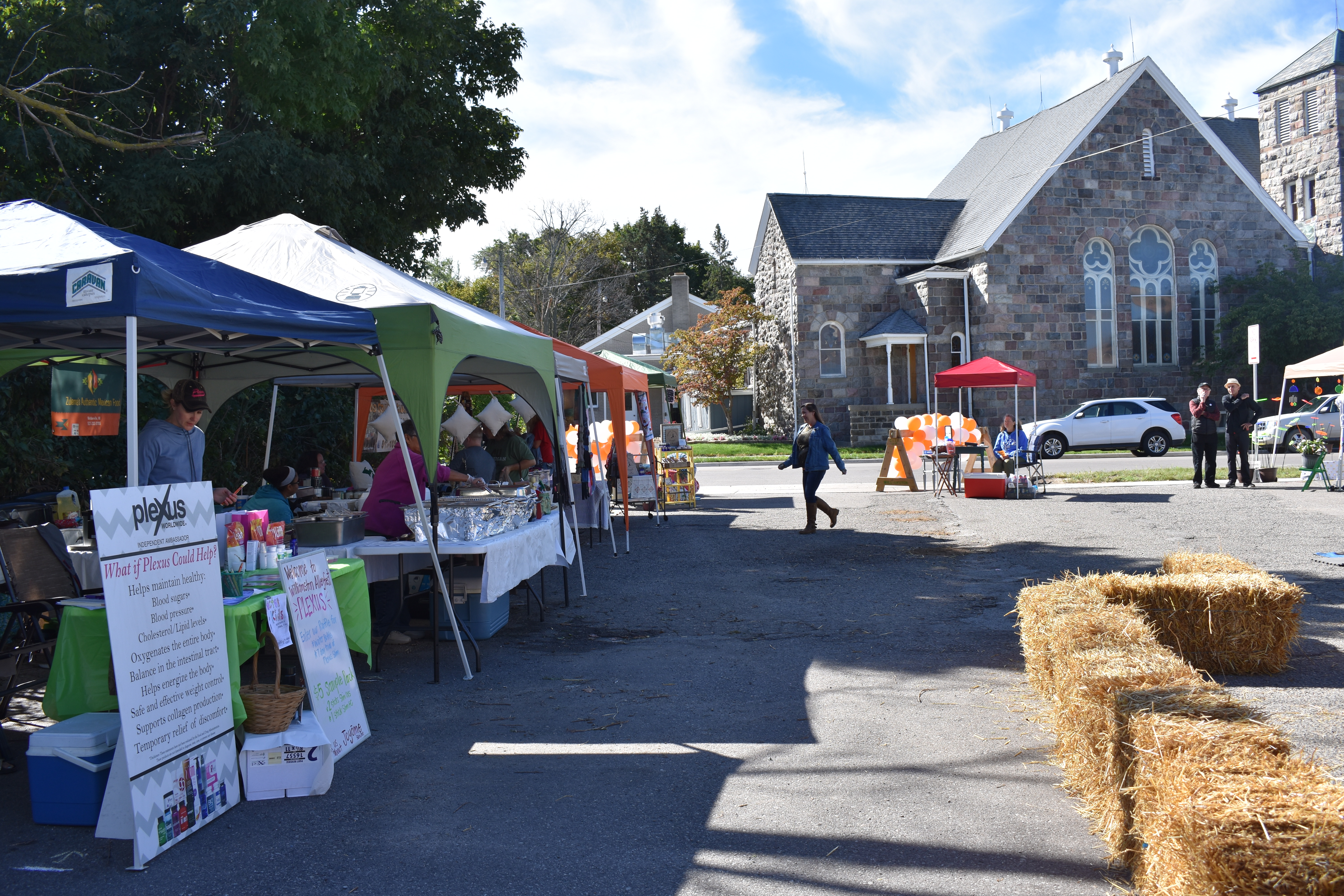 This is a view down the vendors in the center of Alleyfest. There was a candlemaker, soap maker, vitamin seller and a couple others on the east side. A good chunk of the vendors at Alleyfest made crafts of sorts. There were only three food vendors. There was a Mexican tent, kettle corn and a little stand for Ellie's country kitchen. 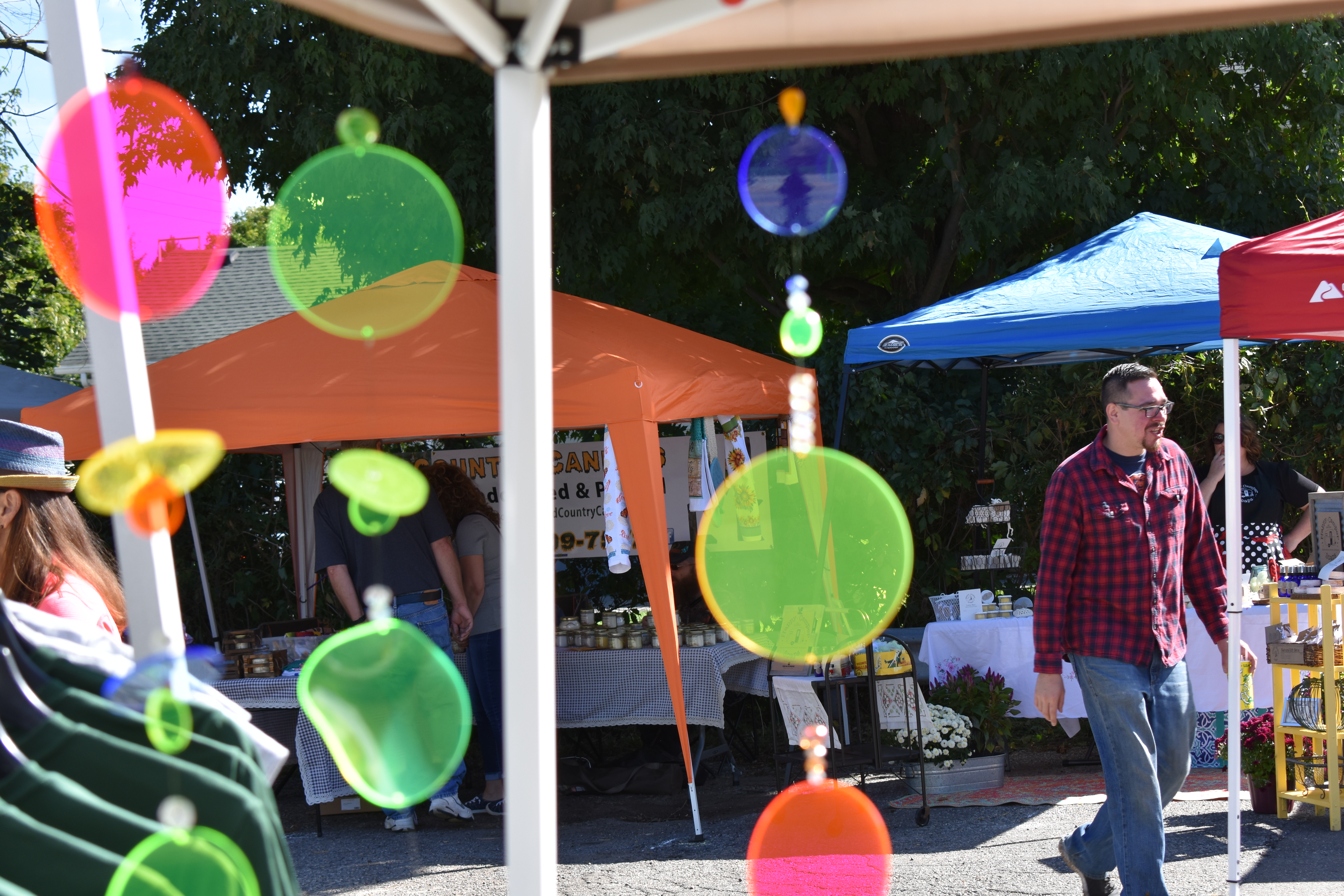 One of the vendors made several lawn ornaments out of glass and plastics. This tent was the first one on the west side of Alleyfest. In the center of it all at the entrance, there was a visitors tent. At that tent, people could buy water, pins and were given a map of Alleyfest and all of its vendors. 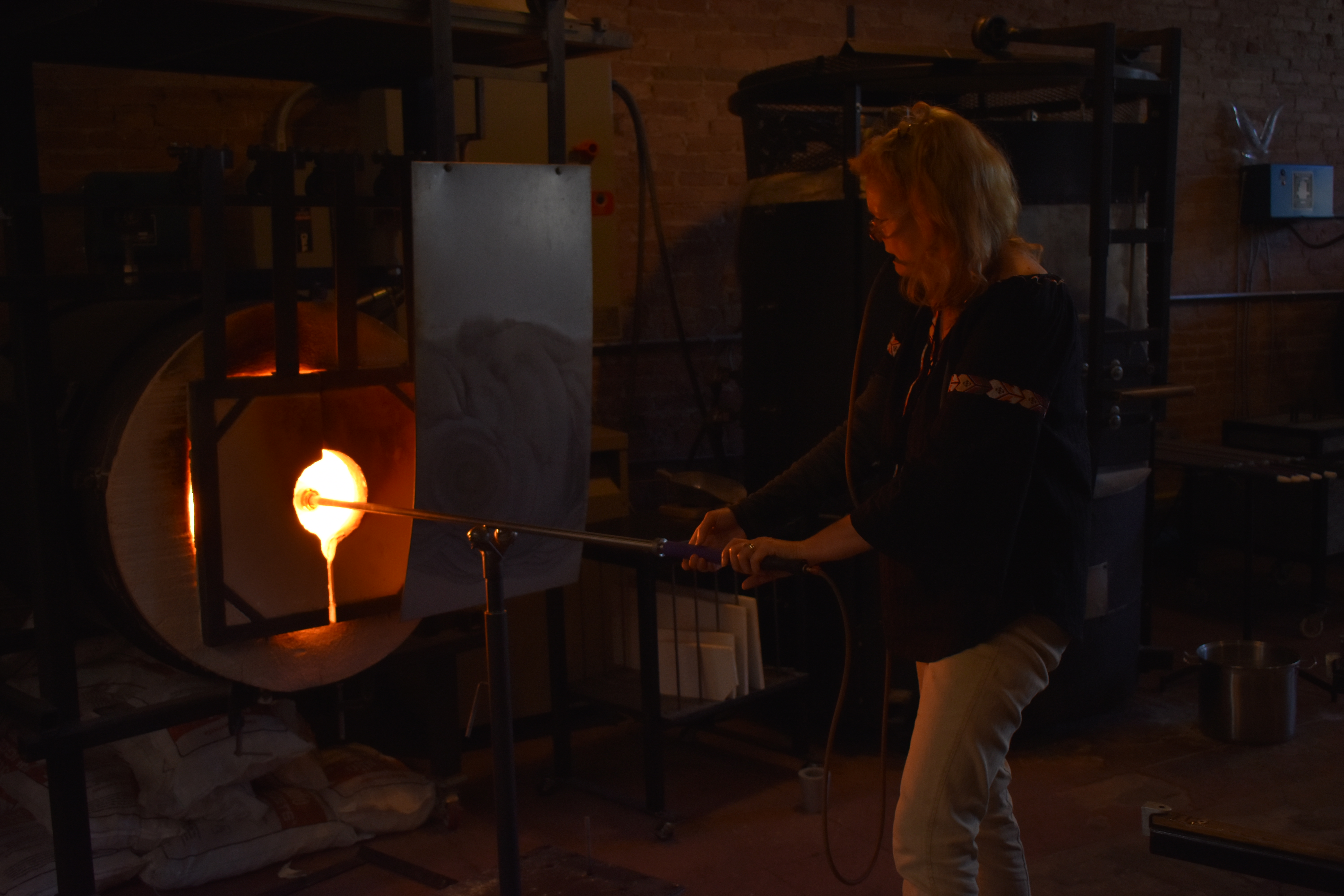 On the north end of the alley, it lead into the glassblower shop in downtown Williamston. Attendees could come in and view the glassblowing in action. The shop also sometimes hosts classes and tours as well. 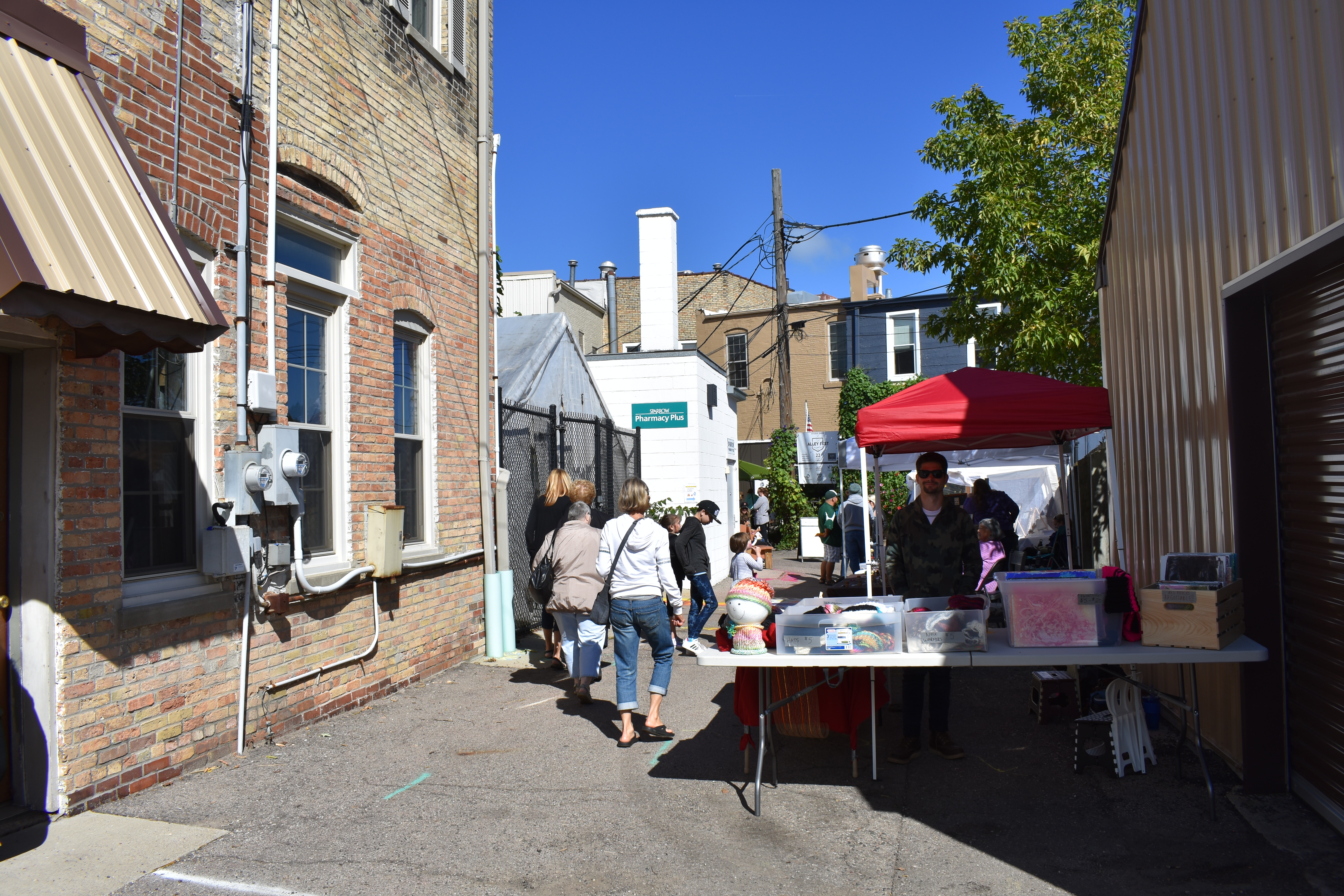 Past the open courtyard began the alley itself. The alley included a mini petting zoo with goats for kids, artists and a little stand for Ellie's country kitchen. There also was a sensory station for kids too.