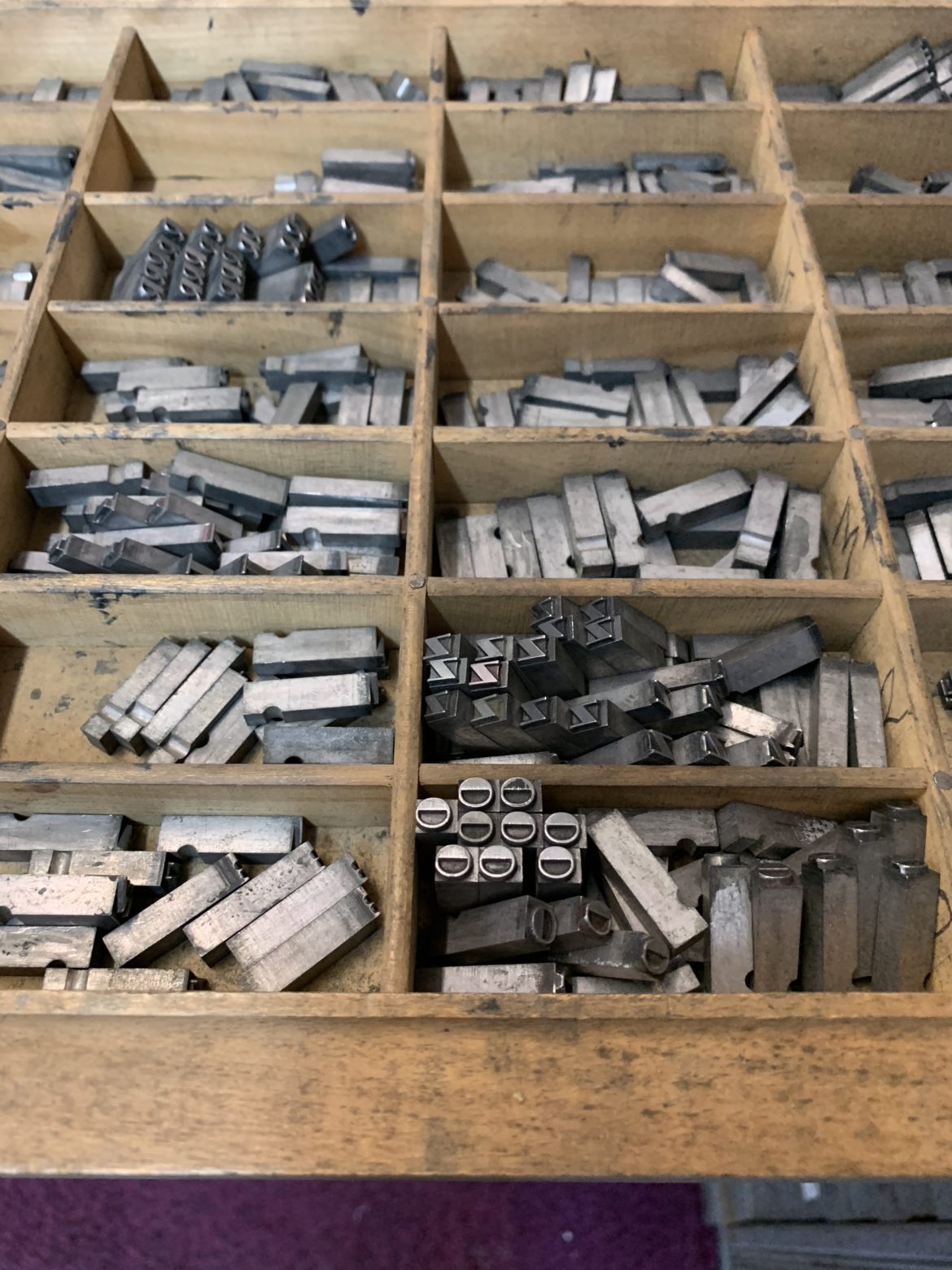 In the center of downtown Williamston, is a small printing business owned and operated by Wendy Shaft and Don Bixler named Limner Press.

Shaft and Bixler both come from printing families – one in Missouri and one in Michigan. For Bixler, it started with his grandfather who started his own publishing house in 1892 and even printed a newspaper called The Center Colorado Dispatch. His father followed in his footsteps and then with Bixler in tow.

The two met while working different jobs in Anchorage, Alaska, and Bixler ran into Shaft at her work. After their first meeting, Shaft had taken a week off for finals and when she came back, he had quit his other job. After he had quit, he started working the day shift making it easier to see Bixler more often.

“You’re not supposed to date people at work – oh well, it lasted 34 years,” Shaft said. “We met in May and we got married in December and my one girlfriend goes, that’s a rebound, I go maybe, maybe not…it’s a really, really long rebound.”

The 34-year rebound took them to owning and operating their own printing business. The couple’s shop, is different from the typical printing businesses, as it still uses old carving practices and an old letterpress that involves letter blocks and a motor attached. Shaft is the main artist and creator of prints for Limner Press, while Bixler does the physical printing. She sometimes cuts right out of linoleum blocks but Shaft and Bixler also have the ability to create the design a client wants on design software as well.

Sally Theis, a customer for about four years, and has asked for their help with designing her business, Sally Theis CPA PC, and even had her daughter do wedding invitations at Limner Press. Theis said that they are very personable and enthusiastic about Williamston.

“I feel like some printers you go there and you have your design and they print it, but if you don’t know what you want, they’re full of ideas,” Theis said. “And Wendy’s really creative because she’s an artist and so they’ll help view, design it yourself, you know, so it’s sort of like customer service.”

Bixler and Shaft wanted to create their own business and their own way of printing. They do not hire anyone else and it has been the two of them since they started in 2005 when they moved to Williamston. The couple has been working on their practice together for decades prior to moving back to Williamston. The couple moved back to Williamston to care for Shaft’s mother but they both miss Anchorage because everything was right there and they could drive in the same city to get art supplies and paper.

“The significant difference between Alaska and Michigan is that in Alaska, no one knew how to do what Don knows how to do because he was a youngest of 11 and he had skills that much older people had and nobody knew how to do letterpress printing in Anchorage at that time,” Shaft said. “So we serviced like over 40 print shops dye cutting numbering, scarring, proofing, printing on coffee bags.”

One of the most important things that Shaft mentioned, was keeping up with their computer skills. The couple used the Adobe Creative Suite to create designs on Illustrator, InDesign and edit things on Photoshop as well. Occasionally they will ask for help, Shaft had a friend from Alaska who she used to do art booths with, who helped set up her Etsy shop.

“Then in 1985 when I quit working for the other guy and then we’d just been doing our own thing ever since,” Bixler said.