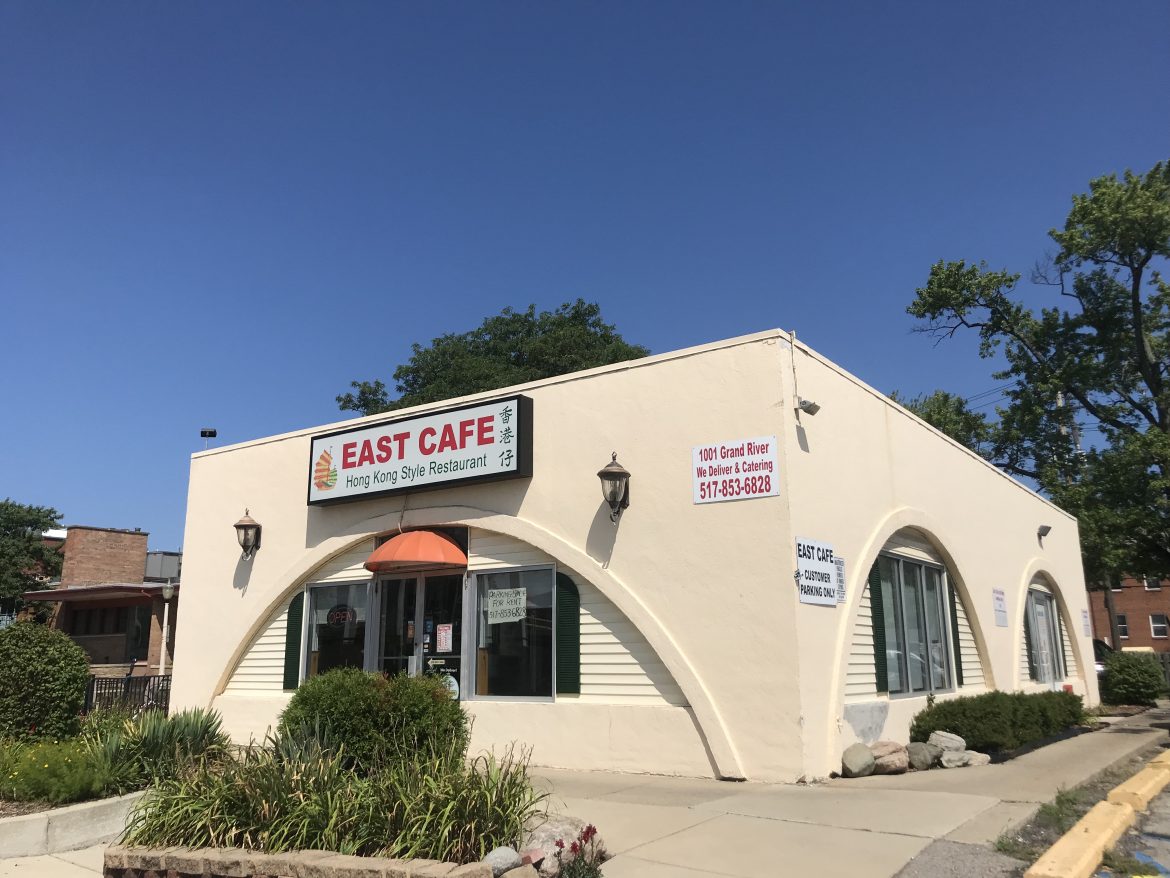 East Cafe is close to route 1.

Every summer Ginny Cheung makes the decision to close her East Lansing Chinese restaurant for a few weeks to travel. With her largely Asian college student customer base on summer break, it didn’t make financial sense to keep the doors open.

“There are still a few students staying for the summer,” she said. “They can come to our place. Besides, my employees need a job to support their families. If I close, they have no income. How can they live?”

As summer vacation comes, those large group of students will mostly choose to go home. With their absence, Asian restaurants in East Lansing area can lose profits during the summer.

“June is an offseason because of graduation,” Cheung said. “In July, there were some exchange students who came for two weeks. Now, some freshmen came early with their parents to adapt to the new surroundings.”

East Café’s location is in the college town, and the majority of its customers are students.

“I think because of the nature of East Lansing being proximate to the university, the main trust of our economy in downtown is really driven by the student population,” said Thomas Fehrenbach, East Lansing community and economic development administrator.

Cheung said this summer is actually not that bad.

“The upside is there is 50,000 students that come here and are potential customers for folks at businesses in downtown,” Fehrenbach said. “The downside is when the students go away for break or for summer and there is less people here, which means having more challenges in terms of getting people.”

Another challenge for East Café is, because the customer base is limited, the preservation of food becomes difficult.

“We just prepare less,” Cheung said. “We care about freshness. Vegetables and meat tastes better when it is stay fresh.”

Among Asian international students, another report shows that Chinese students comprise the largest population from 2012 to 2016.

To reach those Chinese students, East Café established a chatting group on WeChat, a Chinese social media platform that enables messaging, paying and sharing photos and stories, and shares their special menu every day in it.

“I stopped doing that during summer because students will barely respond,” Cheung said. “I feel more relaxed from this aspect because I don’t have to create new recipes that often. It’s less stressful.”

When there aren’t many people eating at the store, Cheung uses the time to train her staff to better serve her guests.

“I will ask them to practice cooking or create new recipes to get prepared for coming students,” she said. “That’s a positive for us when less customers are here. The little decrease of profit would be recovered by more experiences.”

Mi Sushi & Noodles (Mi), a Japanese-style restaurant located at 3340 E. Lake Lansing Road, had its grand opening Nov. 17. Unlike East Café, which had been experienced the summer season for nine years, this is Mi’s first summer.

“We were a new store with very little knowledge about summer business,” said Shanshan Xu, manager of Mi, who has been lived in East Lansing for more than 10 years.

“A lot of my friends are doing business in East Lansing,” she said. “Almost everyone tells me summer is a hard time to go through and will bring you a flat revenue.” The big “Mi” sign is hard to miss on the street. The store is close to route 24.

Mi is about a 12-minute drive from campus. Xu said their target customers are all MSU students and local residents.

“I think that helps our business a little,” she said. “August is the worst so far, you can obviously tell there aren’t very many students that come in the summer. But since there are some neighbors around us and they come regularly, summer is not as bad as I thought.”

Xu decided to decrease workers’ hours to better sustain the business in the summer.

517.Today is a delivery app that serves locally that primarily covers the Midwest, including Lansing.

Mi plans to enroll in 517.Today to start its delivery service beginning in the fall semester.

“We are updating our new menus and studying new meals to better prepare for this,” Xu said.

Joy Shantz, international student adviser and programming coordinator from OISS said the Asian students who attended MSU in 2017 was 7,004, which is 14% of all MSU students.

Shantz said OISS doesn’t specifically send Asian students to restaurants or doctors but does tries to connect students with community.

“We have like a resource fair,” she said. “And sometimes different businesses or companies will interact with coffee hours or some of our different programs. But we don’t have a specific guide that is like, ‘Here is an Asian restaurant.’”

Xiaoyun Chen is an economic major Chinese international student at MSU who just graduated in May, said it’s more convenient to eat outside because it takes long time to cook at home.

“It takes time to buy and prepare food for cooking,” she said. “And I don’t have to do dish-wash to eat in a restaurant.”

Not all international students prefer going out to eat, however.

“You have to book tickets and update the visa,” he said.

Zhao said he would prefer cooking at home to going out to eat.

“It tastes bad to eat outside,” he said. “And eating at home saves money.”

“They have a 25% requirement for any new housing that develop either 55-and-over housing, housing for owner-occupied like condos or houses or for low-to-moderate income,” he said.

Maggie Huang, who is in charge of a Chinese restaurant named Hong Kong, said she saw couple of apartments were built up in two years.

“I know SkyVue in Lansing area and the Rocks apartment in East Lansing were new-established in two years,” she said. “And there are all rent out this year.”

Fehrenbach gave an example of Center City project to explain the policy.

“There are two towers that are part of that project. One tower will create about 92 units that will be occupied by people who are 55 or older,” he said. “So adding those permanent residence to the downtown core also creates new customers, year-round customers for businesses on the ground floor.”

Another way to help from a marketing perspective is that the city council creates many events during the off-season to raise visibility for the restaurants.

“They are really geared towards residents and local people to come to downtown to visit,” he said. “You are here; you have to be here for a summer concert series or for a movie in the park, you see Crab Hero (a restaurant in downtown East Lansing), and you are like, ‘I wanna check that out.’”

Fehrenbach said the city council does a lot of marketing locally through residents and neighborhood associations.

“Especially during those off-season times to come and visit is a great time to get service in a restaurant when it’s not as crowded,” he said. Renewed wall of Mi. The store is waiting for students to come back and visit.

With only a few weeks away from school starting, these restaurants are looking forward to students returning.

“Even though we were a new store, we touched up the wall in the summer to welcome returning students,” Xu said. “We are excited to have students coming back and want to provide them an impression that the store stays as clean as they left.”