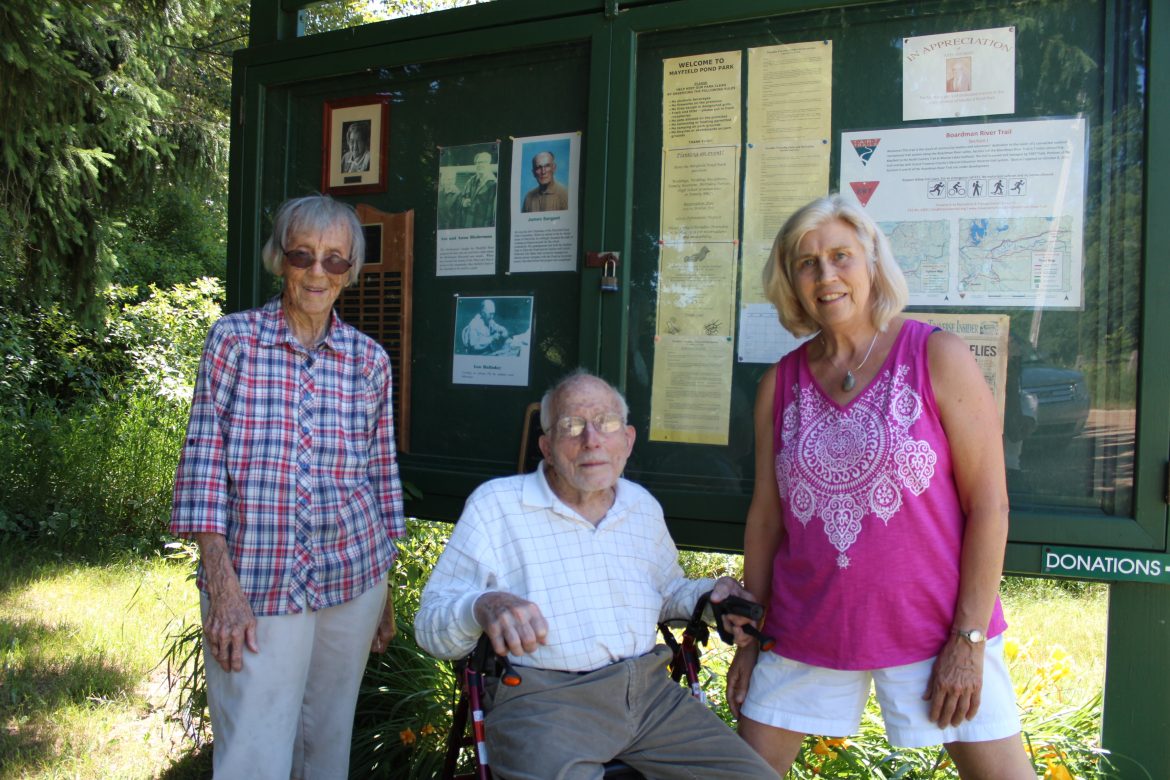 Members of the Gibbs family whose ancestors helped build the Boardman and Sabin dams along the Boardman River.

LANSING — The Gibbs family has lived in Northern Michigan for decades.

In fact, they were the first people who brought hydroelectricity to the region and helped build the Boardman and Sabin dams along the Boardman River.

But today you won’t see the Boardman dam standing. It came down in 2017. And the Sabin dam soon will be removed too.

The Gibbs family aren’t happy about that, especially 92-year-old Edna Sargent of Mayfield Township, near Kingsley.

“We didn’t want to see the dams taken out because we like it the way it was,” she said.

Sargent’s great uncle, Lorraine K. Gibbs, arrived from Wisconsin with his cousins in the 1880s and saw the large amount of water flowing through the river and being used to help operate sawmills. He saw its potential for bringing power to the whole community.

Bob Gibbs of Mayfield, Edna’s cousin, said, “The discoveries by the family was a ‘Hey, Michigan is full of power!’ Lots of streams. Boy, we could really make things with power from streams.’”

Members of the family started Boardman River Electric Light and Power Co. after that discovery. The company built the Boardman and Sabin dams that helped power Traverse City and vicinity.

And that helped Traverse City boom between the 1880s and 1900, transforming the remote sawmill village into a regional manufacturing center. And the dams were able to supply power for commercial buildings and city streets.

In the early 2000s, the licenses for the dams were about to expire, and Traverse City Light and Power had the choice of removing the dams, or repairing them. In 2005, the utility decided to terminate its contract with the dam owners – Grand Traverse County and the city of Traverse City, and the Department of Environmental Quality provided permits to remove them.

It was up to the local governments to pull out the dams.

Sargent said, “I think Bob and I both squirm when we hear that because we like it the way it was, and we like the fact that our ancestors built the dams. The dams ought to stay because nobody else understands what it takes to make one.”

The Sabin dam, which is the last hydroelectric dam on the river, is next.

The Gibbses say they don’t plan to watch.