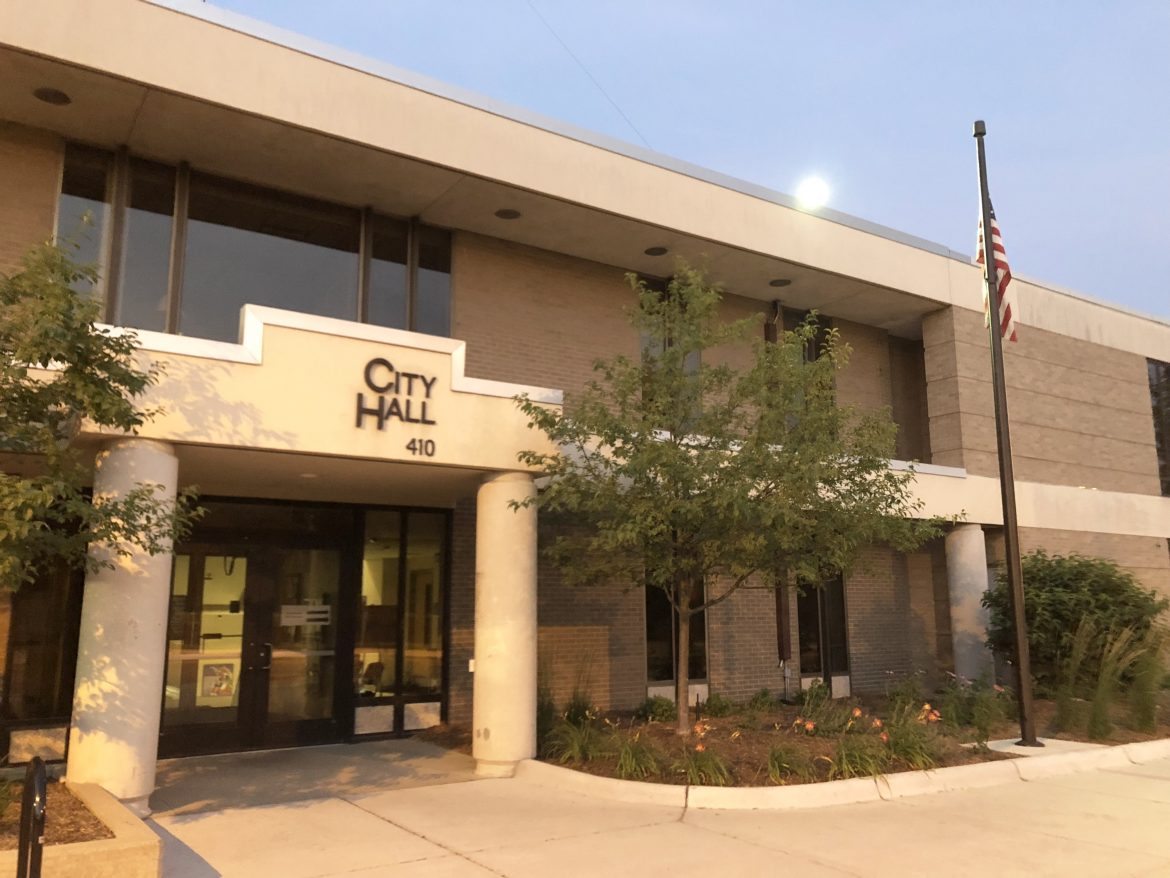 With a flat general fund revenue and its own pension program experiencing financial instability, the City of East Lansing held a meeting for the 2018 East Lansing Income Tax Ballot Proposal in June at the East Lansing Public Library.

On Aug. 7 voters will have their say.

At the June meeting, City Manager George Lahanas spoke about the new income tax and the city’s growing financial problems, as well as the differences between this ballot and one that failed in last year’s election. According to a report of World Population Review, Michigan has 276 cities. Only 8.3 percent (23 cities) has local income tax

“It is a lot of people who are covered by income tax because the big cities have it,” Lahanas said in an interview after the meeting. “Detroit has income tax, and Grand Rapids has income tax. They are two of the 23 cities. So, it is not so uncommon to have it.”

The following bar chart shows the projection of general fund revenue in 2018 and 2019. The whole revenue over 12 years was a reduction of $5.1 million. According to the  presentation from Lahanas in the meeting, the tax income is estimated to generate $5 million in new revenue, and 60 percent will be allocated to the employees’ pension payments. The pension is not sufficiently funded because of low market returns, and the income tax helps to pay back.

“It is supposed to have $190 millions in the account, but now it only has $100 million,” Lahanas said. “So it is a $90 million shortfall. There is not enough money to sustain the program, and that is what we are supposed to put more in to make sure we can do what we have promised to do.”

Jake Matyas, who lives in East Lansing but works in Meridian Township, said the city could consider cutting back on spending to deal with the flat revenue growth challenge.

“If they are going to raise the taxes by 1 percent. I think they should try to get a surplus instead of just raising the taxes,” he said.

The proposal would tax both residents and non-residents, and the communities people work in are also accounted for.

“I think it would be fine,” said Adriane White, a resident of East Lansing. “I think 1 percent would not even be noticed, to be honest.”

Eilis Seide, assistant to the city manager who lives and works in East Lansing, said each person in this city has their own right to vote and will affect individuals’ income at different levels.

“It is kind of neat that we have that income tax calculator on our website,” Seide said. “So, you can type in the value of your home and to see how much you make and how much it affects you. So, me, personally, I rent here. So, it will affect me differently than somebody who owns.”

A similar ballot was proposed in last November’s election. However, it narrowly failed in a 53% majority vote.

“We are asking people for more money, and I think income tax has a special place in some level of concern because people are giving something,” Lahanas said. “They are giving away their financial personal information to local government, and I think people sometimes get a little worried about that.”

Lahanas explained in the presentation that the local government would not have people’s financial information. It will be with an expert company that has online security with all of the necessary protection.

“So, the information will not be in city hall here, really,” Lahanas said. “We will go off-site to a firm that has expertise in protecting the data, handling the data and processing the income tax for us.”

Since the proposal failed last time, Lahanas realized people might have concerns. Therefore, in January and February, city manager held meetings to listen to residents and sent surveys to know what concerns residents may have. One concern is that original proposal did not have a sunset provision, or a set expiration date. The new proposal, however, accounts for any improvements in the city’s financial situation.

“So, this time, we put a time limit,” Lahanas said. “The income tax would expire in 12 years, unless reauthorized by residents.”

Gabe Rick, a cashier of Bell’s Greek Pizza on East Grand River Avenue, said he is worried about where the money will go.