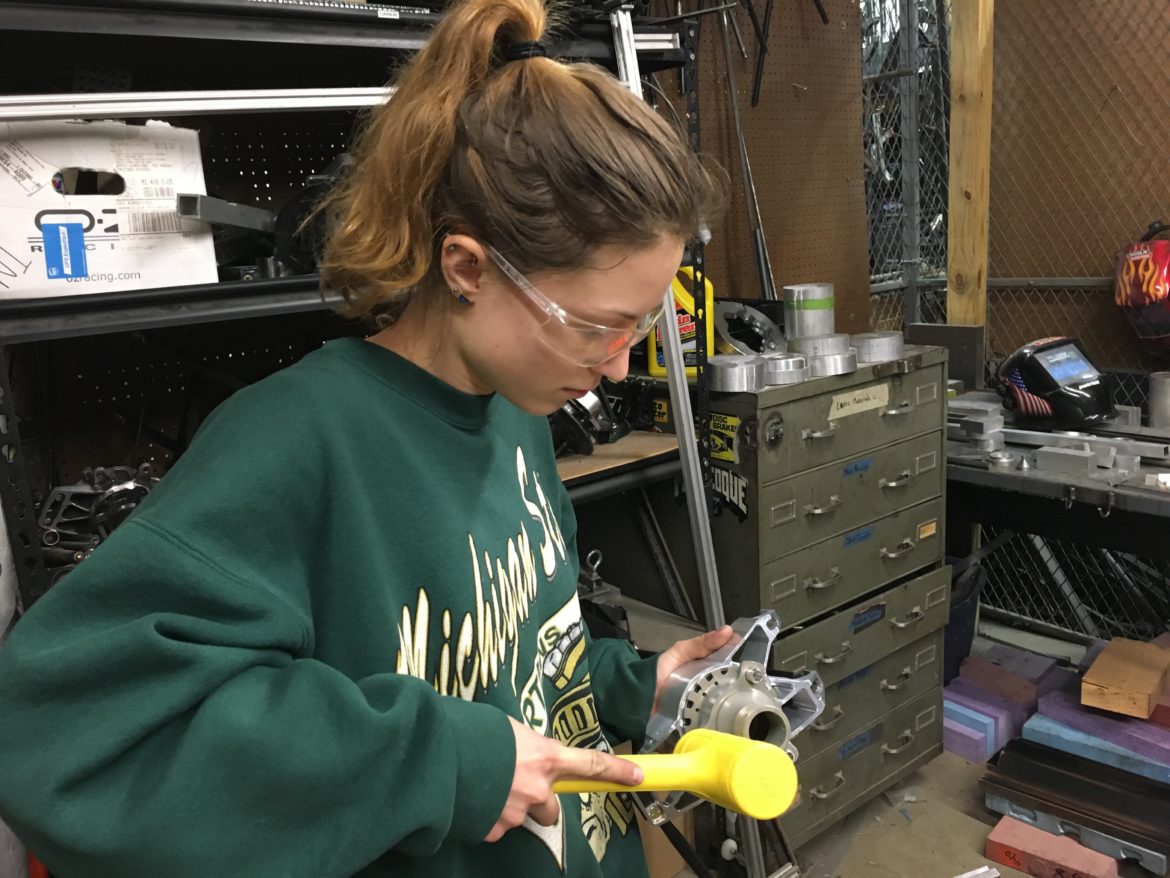 The number of women in the skilled trades has been slowly rising. The traditionally male-dominated field has seen increased interest from women.

Both Grand Rapids Community College and Macomb Community College have programs for the skilled trades that have seen rising numbers of women. According to Scott Mattson, program manager of job training and construction trades, there has been a large jump in the last five years. Macomb’s student population for skilled trades now is 15 percent female.

Although these colleges have seen an increased interest by women in the skilled trades, there is still a large part of the population that doesn’t even consider entering the field. Kate Cinnamo works with the Nexstar Legacy Foundation. The foundation works to attract young people to the heating, air conditioning, plumbing and electrical industries.

“When I go to schools to talk to students for Nexstar, I’ll ask the girls if they ever considered a job in the skilled trades,” Cinnamo said. “The answer is almost always no. They say they don’t see people like them in the field, so they don’t really consider it.”

According to Mattson, there are still some stereotypes surrounding the skilled trades; that they are dirty or too labor intensive. This can be another deterrent.

Although some jobs do require lifting and moving objects, there are many jobs in the skilled trades that aren’t as strenuous and are perfect for those who are detail oriented, said Gordon.

Even once women decide to go into the field, there are a lot of obstacles to overcome.

Vikki Gordon, spokesperson for Macomb Community College’s skilled trades programs, worked as a tool designer for most of her life and had to work harder than most to prove herself. She would encounter many men who were surprised that she was a tool designer. Until she showed her knowledge and skill, they remained skeptical.

“Unfortunately, the perception of women not being able to perform the job as well is still out there,” Mattson said.

Once the women get on the job site and their coworkers can see that they can do the job just as well as them or better, that stereotype starts to die away in that setting, Mattson explained.

Gordon also experienced inappropriate treatment in the field when she first began.

“You get a lot of the ‘sweetheart’, the ‘honey’, the ‘hey good-looking’, and the whistling,” Gordon said.

Leisa Williams-Swedberg, who works in construction and is on the advisory board for the Women in Skilled Trades, sees several pieces of knowledge as important to succeeding as a woman in the field.

“It’s proving yourself. It’s understanding what your rights are in terms of sexual harassment,” Williams-Swedberg said.

The negative perception surrounding women in the skilled trades is decreasing, and there are many benefits to doing such work. People can get into the skilled trades without incurring a large amount of college debt. Many of the programs are two years or less, and some employers will pay their workers to take classes and earn higher degrees.

It’s also a great way for women to earn a living wage, a main goal of Woman in Skilled Trades.

“We are really passionate about getting women into a career to help them support themselves,” Williams-Swedberg said.

The organization also helps women to prepare to go into apprenticeships and works to mentor women to ensure their success.