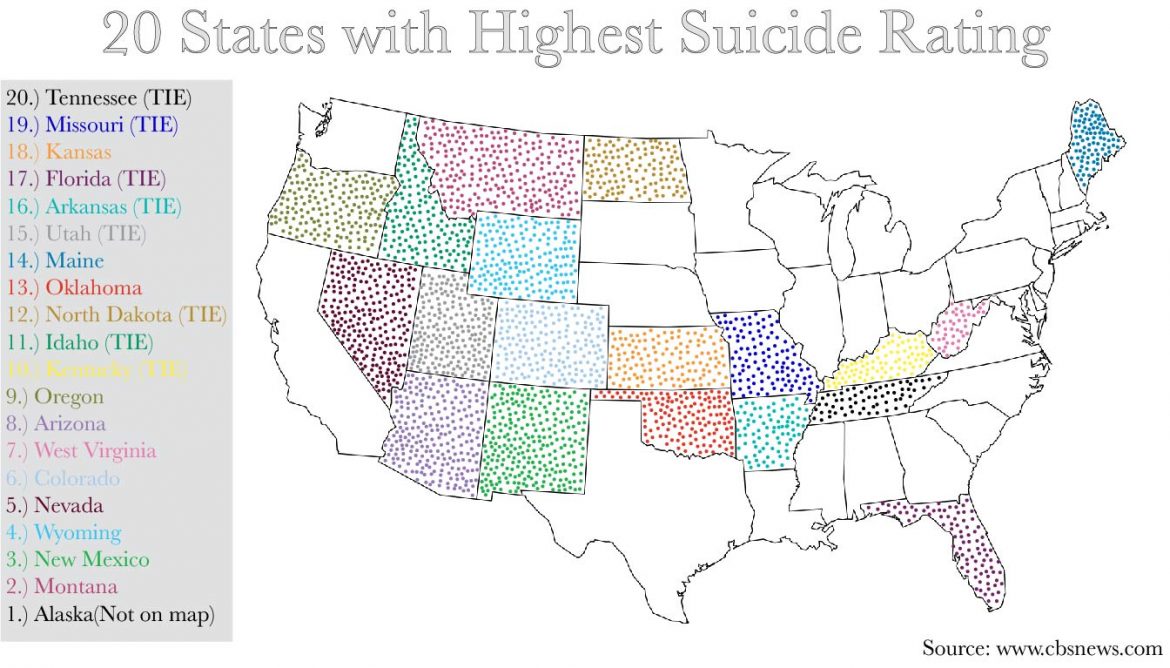 This is a map showing states with the highest suicides, according to CBS News. The southern and western states have more suicides. Each State, except Alaska is colored, and listed.

You can notice that the states with the highest are next to each other. This map was made in light of the suicide rating of African American children going up.

People have recognized that this is not just a problem in the white community.

African American youth are effected from suicide a lot more than adults in the U.S., according to Suicide among Racial/Ethnic Population, a recent non-profit started by Detroit native Stephanie Grimes. 3.3 percent of African Americans have had serious thought about suicide.