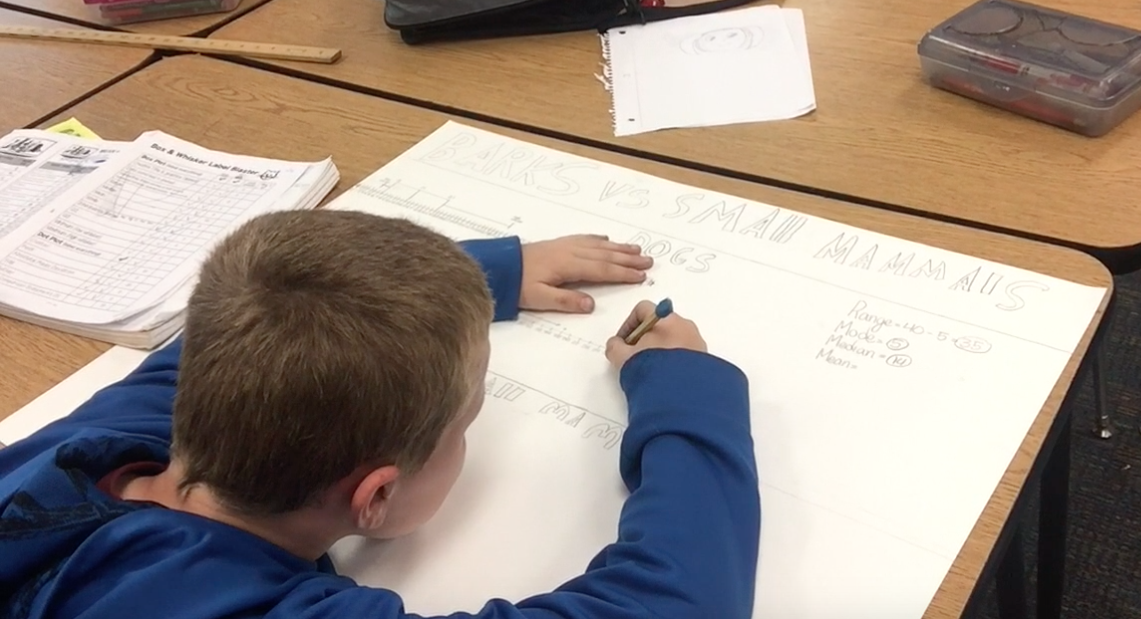 Our students today are learning in an environment that is constantly updating itself. From the research in universities to the new standards in curriculum, teachers are at the forefront in preparing our children for the world that they eventually will be going into. Some of the obvious changes include technology and the increased amount of security within our schools, but there are some other changes happening within the classroom.

Mindy Willis, a curriculum consultant for Pinckney Community Schools, says the role of a teacher is evolving. When she was in grade school, the teacher taught in a direct manner, the students took notes and then were later tested on it, but she says that’s not how the classroom looks now. Today, teachers are managing their classrooms in what’s called an inquiry-based instruction. “With inquiry-based instruction, you design learning for students where they’re actually going through a process of figuring things out themselves,” said Willis. “So basically, the kids are constructing their own knowledge based on experiences that they’re having and they’re driving, and the teacher is a facilitator to guide them through that process as opposed to just spitting it at them and then regurgitating that information.”

The table below from the National Education Association shows the areas in which teaching and learning are evolving. This new form of education may sound more laid back, but teachers are still held at high standards from systems like Common Core and high-stakes testing. Since 2010, all public schools within the State of Michigan must abide by the Common Core Standards.

According to Common Core State Standards Initiative, Common Core details what K-12 students should know in English language arts and mathematics by the end of each school grade.

Chris Ozias, a teacher at Pinckney New Tech High School, says that in many communities, your performance as a teacher and the amount of funding your schools receives relate a lot to how students perform on a test.

“There is so must emphasis placed on testing that the teachers feel like their livelihoods are completely at stake based on how well their kids do on a particular test,” says Ozias. “And kids are not products, they’re not things that we can just program, they’re human beings.”

Below is a timeline of some major reforms there were mandated by the federal government.

To help educators adapt to these high standards, researchers from non-profit organizations and universities are finding better ways for teachers to teach and students to learn.  For example, STEM (science, technology, engineering and mathematics) is an increasingly popular idea in many schools. Another widespread idea across the country is project based learning. According to the Buck Institute for Education, project based learning is about students creating projects that solve real world problems, then students present their finished project to an audience. By doing this repeatedly, students learn key skills like critical thinking, communication, collaboration and creativity.

In a research study conducted by the Buck Institute for Education that compared various organizations to their opinions on “21st century skills,” most organizations found critical thinking, collaboration and communication as extremely important attributes in an employee. You can access their research in the link here.

Bieda says that the research picked up and reflected in the a lot of the new education standards, were many times produced by the educators in universities like Michigan State.

Another change being made in our education system is the amount of education a teacher must have and continue to have. Bieda says that even before an individual can be certified to become teacher they must learn an extensive amount of content in addition to hours of field experience in the classroom. This is of course before they apply to become a student teacher.

“A lot of people don’t realize just how much content area preparation secondary teachers have to go through to get their degrees, to become certified and to become teachers,” says Bieda.

Another step in teacher preparation includes helping teachers develop the skills that they need to understand and interpret government education standards. Bieda says that once they are able to do that, they can then translate the curriculum into practice.

Bieda says that she has seen first-hand how Michigan State’s education program has excelled at creating high-performance teachers. “I think Michigan State as a community has a lot to be proud of in terms of the teachers that come from our program and how they’re really sought after across the country.”