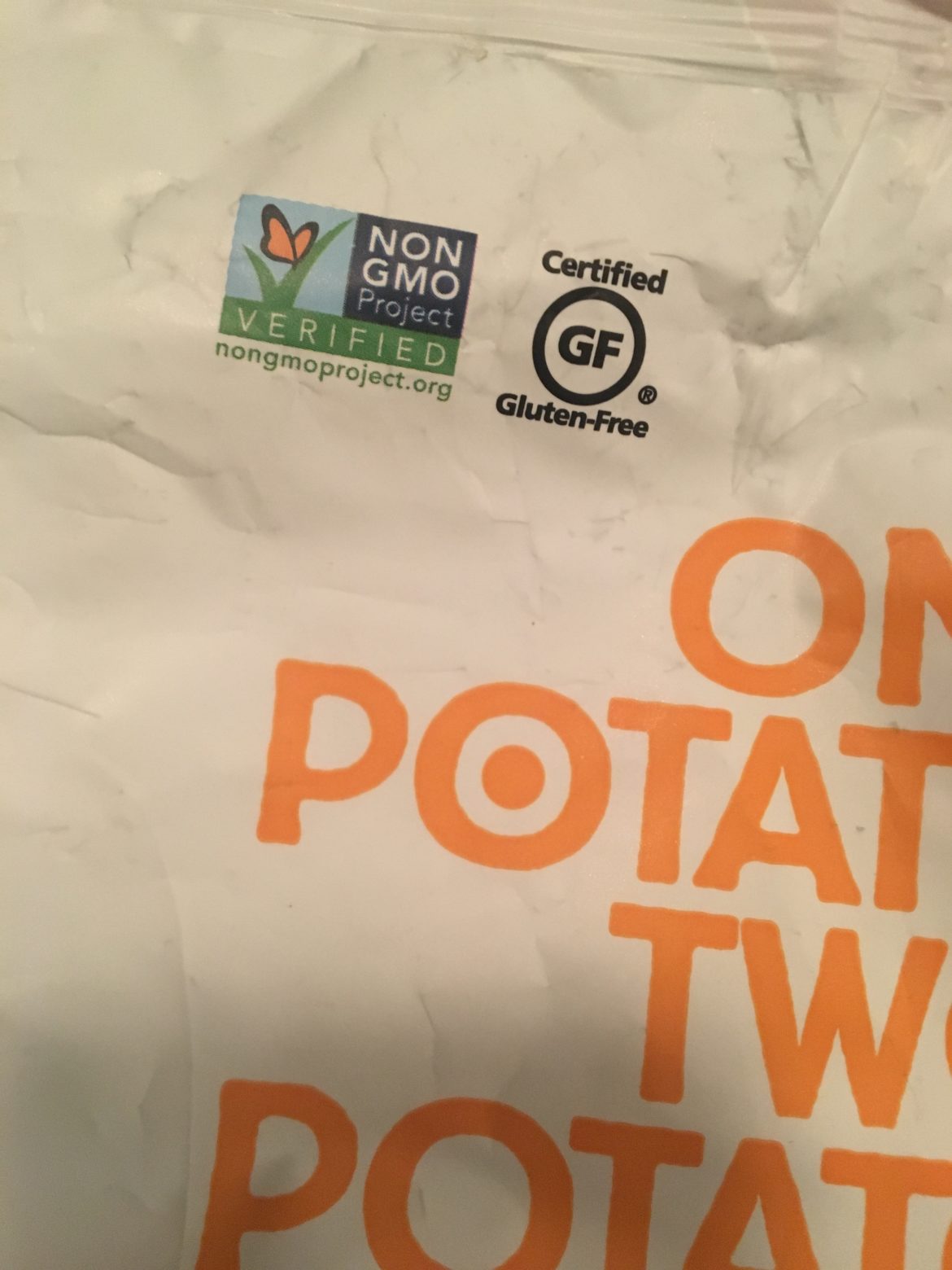 A bag of 'One Potato Two Potato' chips with a verified Non-GMO label.

Health and wellness have been trending issues for years, but one thing that has gained more and more of the spotlight lately is the issue of GMO’s.

In 2016, then President Barack Obama signed a law known as the National Bioengineered Food Disclosure Standard. This directs the United States Department of Agriculture to establish a national standard to disclose certain food products and ingredients that are “bioengineered.” So what exactly does that mean? Well, let’s start with the acronym.

Amanda Littlefield, a Nutritionist at NuGrow Wellness, describes a GMO, in it’s simplest terms, as a genetically modified organism.

“Monsanto, an agricultural company, alters the plants’ DNA by transferring genes directly into plants cells,” Littlefield said. “That doesn’t resemble the natural breeding of plants. The genes are either from other plants, animals or are synthetic.”

“Although there is not enough evidence on human studies as of now, it has only been 20 years that GMO’s have been released and GMO plants lack the vitamins and minerals that it would in its natural state,” she said.

Littlefield said the reason we have these modified organisms is because humans like their food to look a certain way.

“People are so picky about their produce, how apples should have no dents or the bananas should not have brown spots,” she said. “This is why the perfect produce goes to waste.”

Amy Cogswell, a Grand Rapids resident, said she knows a little about GMOs and does try her best to avoid them.

“I believe it means a food item that has been altered in some way through an unnatural process,” Cogswell said. “Often this will be changing the genes in a seed just enough to keep the food item the same, but add in an added bonus to growers, such as a repellent to a pest, or an ability to better withstand drought.”

While Cogswell believes GMOs have the potential to increase food yields, she does not believe they have been tested enough to prove that there is no risk for human consumption in the long term. She is simply not comfortable ingesting GMOs without knowledge of the long-term effects of genetic manipulation on the human body.

“Due to the lack of testing, I fear that GMOs could lead to increased cancer rates or other unforeseen consequences,” she said. “There is not enough information available on how changing the chemical makeup of genetically modified foods will interact with the cells of the human body. We need to have decades of research before we know the long-term effects of these changes to our food items.”

For many now, the focus is on manufacturer honest, with studies showing that more than 90 percent of Americans support mandatory labeling of genetically modified foods.

You’ll find many products in stores that say “Non-GMO Verified,” such as the one pictured below. This is all part of a project known as ‘Non-GMO’, whose mission is to preserve and build sources of non-GMO products while educating consumers and providing verified non-GMO choices. A bag of ‘One Potato Two Potato’ chips with a verified Non-GMO label.

The project claims that, to date, there have been no epidemiological studies investigating potential effects of GMO food on human health and due to the absence of these studies, the safety of GMOs is unknown.

Littlefield believes that in the next couple of years we are going to start seeing effects of GMO’s on society and the Non-GMO Project verified butterfly logo is one of the safest ways to know if something is modified when you’re shopping for food.

“Also, if the code on a fruit and vegetables start with an eight, then it is GMO,” Littlefield said, adding that although more people are aware of GMOs, there is still a lot of work to be done to continue educating Americans about what they are putting into their bodies.