After receiving three grants this past year, including $130,000 from Dart Container Company in Mason, Williamston Community Schools has invested the money into the K-12 district STEAM (science, technology, engineering, arts and mathematics) initiative it launched this year. The initiative will take place in a series of phases.

“This year was phase one, which was the creation of a K-5 STEAM lab for both of our elementary schools,” said superintendent Dr. Adam Spina.

STEAM teacher Sean Ferguson teaches 31 STEAM classes every week, with students ranging from young 5s to fifth grade. He said one of the biggest challenges is the time restriction due to the fact that students typically only take the STEAM class once a week for 45 minutes.

In the future, Ferguson would like to see the STEAM program “expand so that it’s more integrated into the classroom, and that we find a way to integrate towards subjects. STEAM needs to be the glue that holds all of the other subjects together.”

“It brings back the invention into my profession as well,” Ferguson said. “I have to figure out ways of challenging them, and to see them meet that challenge and new ways of doing stuff, and sometimes I’ll be surprised with some of the questions they have or some of the ideas that I wouldn’t have thought of. It makes it exciting.”

With phase one of the K-12 district STEAM initiative program in full gear, the school district is preparing for phase two.

“The second phase is the creation of two innovation labs at our middle school,” Spina said.

There will be a ribbon cutting ceremony in August to celebrate the debut of the innovation labs.

“We have three things that are key to our district when we look at starting new initiatives: to be educationally progressive, relevant and evidence-based practices,” Spina said. “Essentially, is what we’re doing going to meet the needs of our students when they graduate? If not, then why are we doing it?”

Kristi Davidson, who is a sixth grade ancient history teacher and seventh grade world geography teacher, was selected to teach in one of the innovation labs.

“I’ve worked in the district for a long time so I have the advantage of knowing the teachers, and we have some teachers that are way out front that really pushed themselves to take concepts to a new level,” Spina said. “We picked two super progressive teachers. They know how to use integrative technology and flexible seating. We’re going to take them and use them as models of what this can look like.”

Davidson said she felt both excitement and nerves when learning that she would occupy one of the new classrooms this fall.

“I felt very honored that [Spina] chose me,” Davidson said. “The school is full of so many wonderful teachers.”

Davidson is already ordering furniture for her new classroom and she’s looking forward to the flexibility it will offer.

“The new classroom will offer me the ability to group students when I want to work with a specific group,” Davidson said. “It’s going to let me set up the classroom depending on what we’re doing [because] everything’s mobile.

“We work pretty well together and we like to get ahead on stuff,” said seventh grade student Lanell Gardiner. “By working together, we can help each other and get farther.”

While she enjoys the flexible seating, Gardiner doesn’t enjoy how tech-savvy the class is. Rather than complete a majority of her work on a Google Chromebook, she would rather have the option to complete it using pen and paper.

“We like having choices between technology and paper because technology hurts your eyes,” Gardiner said. “And what if the Wi-Fi goes out?”

“You can carry [paper] around and if you want to study, you have it with you,” Ruvio said.

Davidson gives students the opportunity to learn in a way that best suits them, whether that’s using the internet or reading a physical copy. While a majority of classroom instruction uses the internet, she requires students to take notes in a paper packet because “there is plenty of research that suggests paper and pencil learning supports comprehension better than online reading and note-taking.”

She said integrating internet into the classroom has been difficult for some parents to adjust to.

“People who are not immersed in technology, it’s harder for them to understand what their students are doing,” Davidson said. “When your children are immersed in it, it’s that generation digital divide; this is a gap that schools can try to fill. Technology, just like literature and science, needs to be in all classrooms to more equally prepare all students for the future.”

Spina said the school district decided to build the innovation labs in the middle school so that elementary school students will have “something there waiting for them.”

“The labs are really set up to be that next step,” Spina said. “We know when our kids get to the high school, we have a Math Science Academy [and] over 20 advanced placement courses, many of which are in the STEAM-related areas.”

Spina said the Math Science Academy is “a subset in our high school.” Students interested in math and science apply in eighth grade and are chosen based on a blind selection process. The 24-30 students chosen take advanced math and science classes during their freshman and sophomore year, and end their time in the program with a research class taken their junior year.

Joe Rasmus, who is the director of the Math Science Academy, said the goal of the program is to give students a unique and challenging curriculum.

“The goal is to [give] kids, that are both capable as well as interested in excelling through STEM, unique opportunities and experiences and a challenge that they wouldn’t get in a regular curriculum,” Rasmus said.

“The classes themselves were highlights,” said freshman human biology Michigan State University student Anna Bowling. “You get to know people you might not have otherwise, so that was an awesome part of it. The whole feel of the MSA classroom environment was probably one of my favorite memories because those people became some of my best friends.”

Spina said the school district is focused on more than just looking progressive.

“It is how and when technology can be leveraged to promote or accelerate learning that we are focused on,” Spina said. “We know that “pen in hand” strategies are an excellent way to promote deeper thinking and to better recall new content. The professional development we have utilized with our teachers has honed in on opportunities when technology can enhance learning.”

“It’s simply a question of ensuring that when folks entrust their child’s education in us, they’re getting the best,” Spina said. 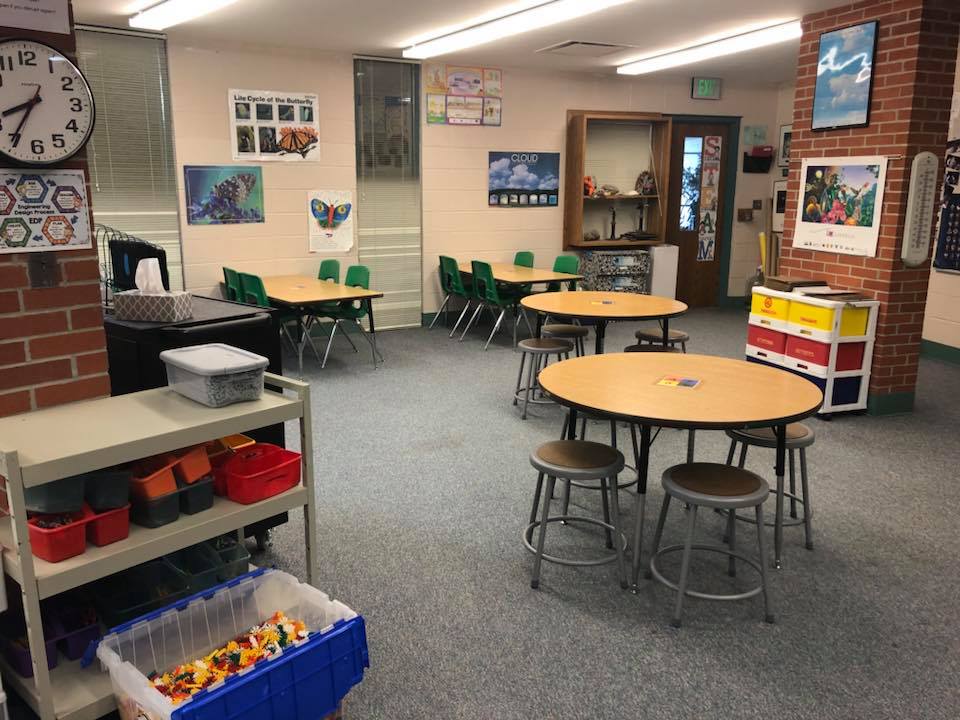 STEAM teacher Sean Ferguson enjoys teaching STEAM classes because “It brings back the invention into my profession as well. I have to figure out ways of challenging them, and to see them meet that challenge and new ways of doing stuff, and sometimes I’ll be surprised with some of the questions they have or some of the ideas that I wouldn’t have thought of. It makes it exciting.” Photo by Kayleigh Garrison. 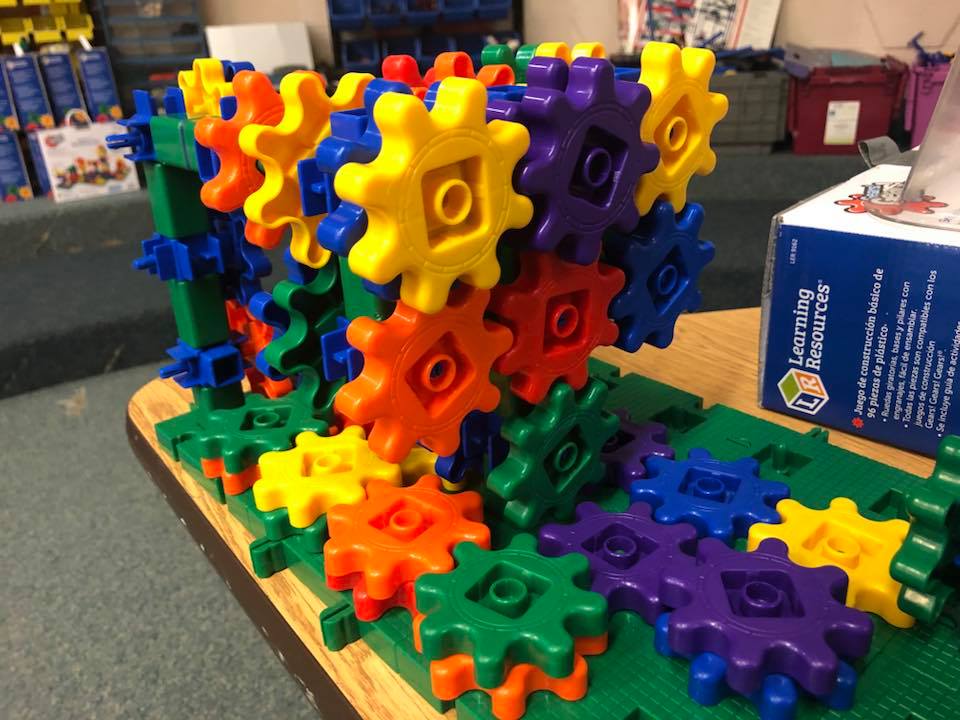 STEAM teacher Sean Ferguson said projects in his class are inspired by the materials he has available, ideas he's seen online and ideas he's heard from other classes. "Mainly the focus for me is teamwork skills and problem-solving skills," Ferguson said. Photo by Kayleigh Garrison. 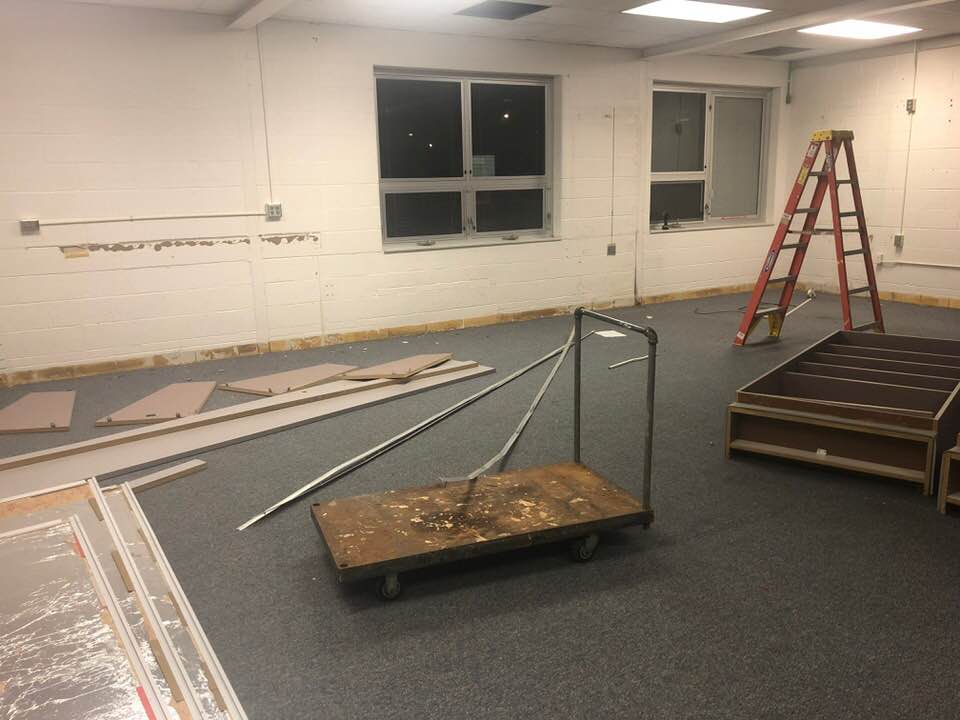 It may look empty now, but this classroom is in the process of being renovated into one of two innovation labs that will debut this fall at the middle school. Photo by Kayleigh Garrison. 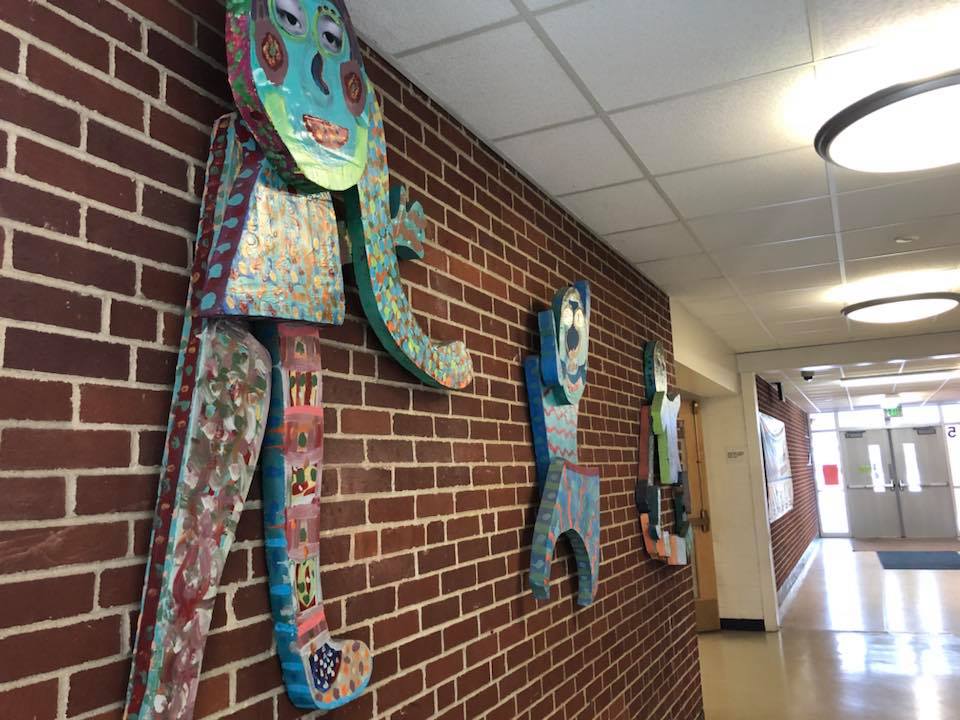 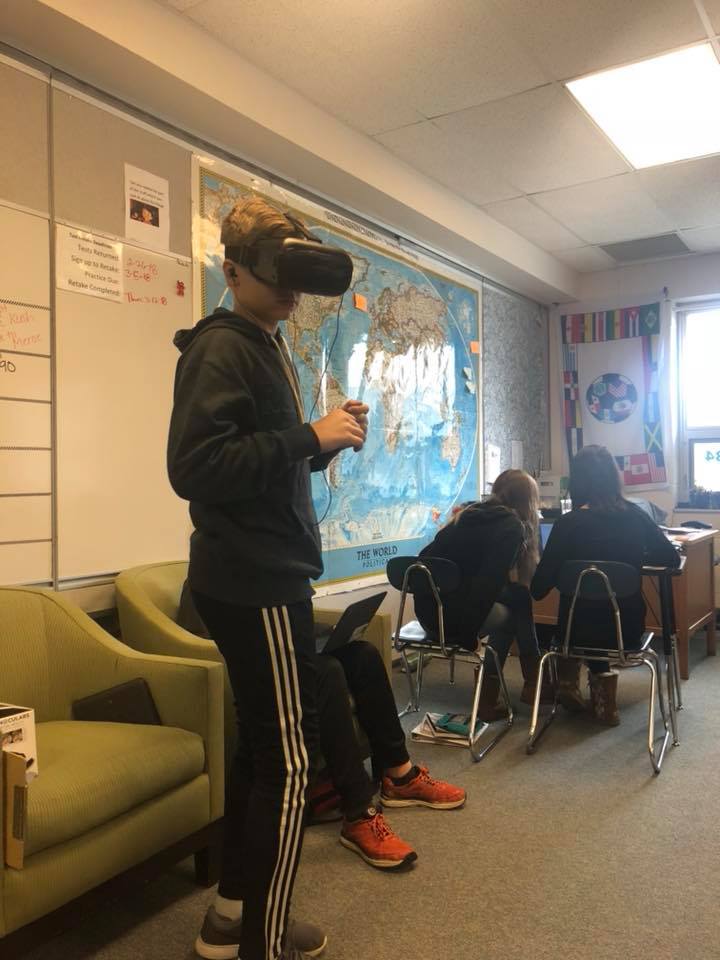 Sixth grade ancient history teacher and seventh grade world geography teacher Kristi Davidson received a grant that helped pay for some of the technology used in her classroom, including virtual reality goggles. Photo by Kayleigh Garrison. 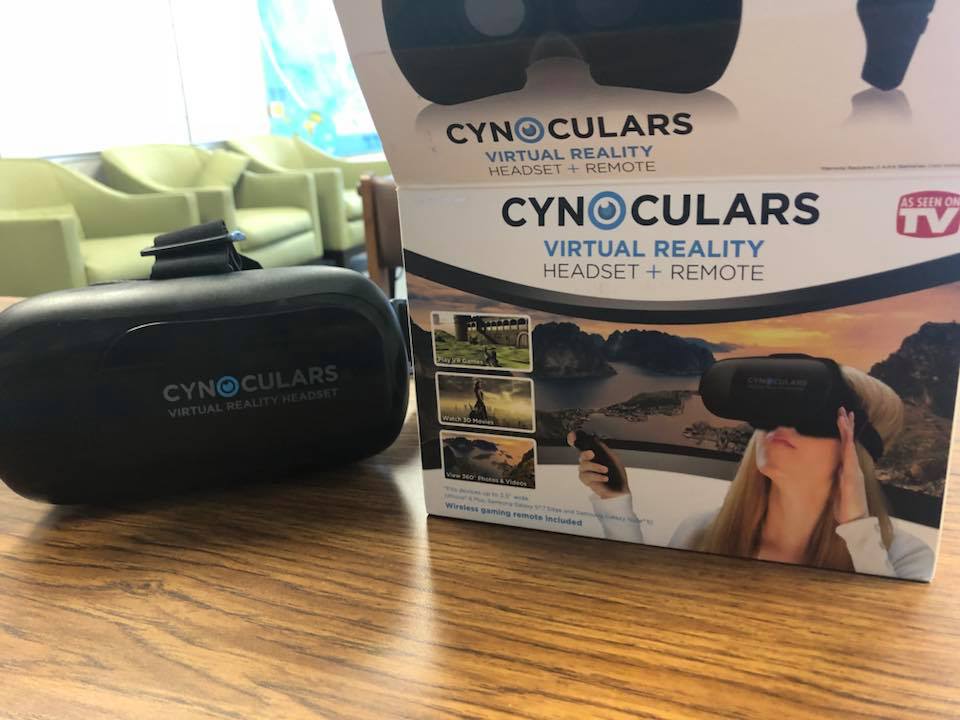 Virtual reality goggles give students the opportunity to virtually travel to another geographic location. “I want to bridge that divide of our inability to travel, especially to the Middle East," said sixth grade ancient history teacher and seventh grade world geography teacher Kristi Davidson. Photo by Kayleigh Garrison. 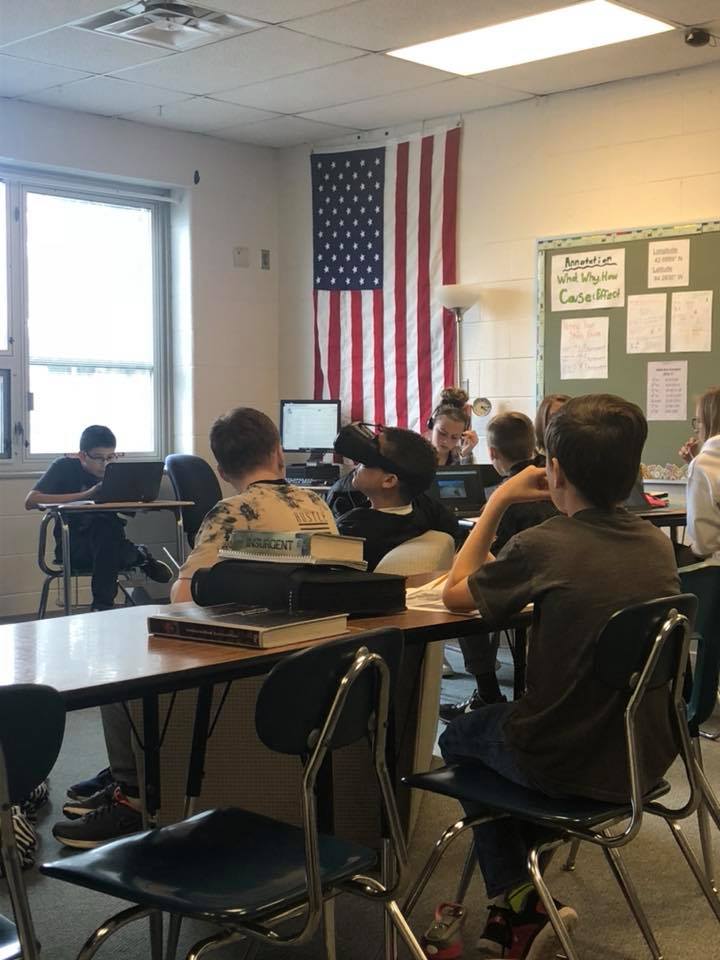 Sixth grade ancient history teacher and seventh grade world geography teacher Kristi Davidson said the Williamston School Foundation has been "a big support for our teachers and being able to provide funding outside of what our school can provide." Photo by Kayleigh Garrison. 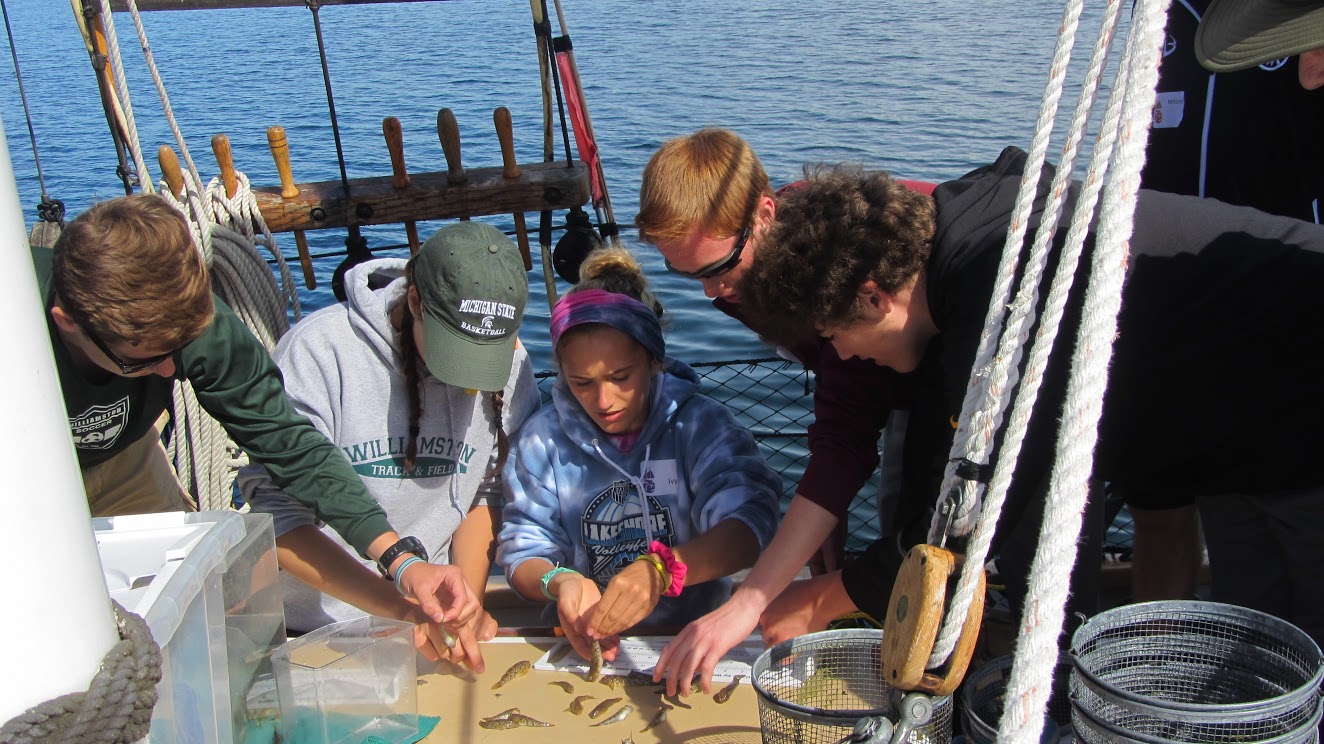 Math Science Academy Director Joe Rasmus said opportunities outside of class are only possible through grants and donations. Photo complementary of Joe Rasmus. 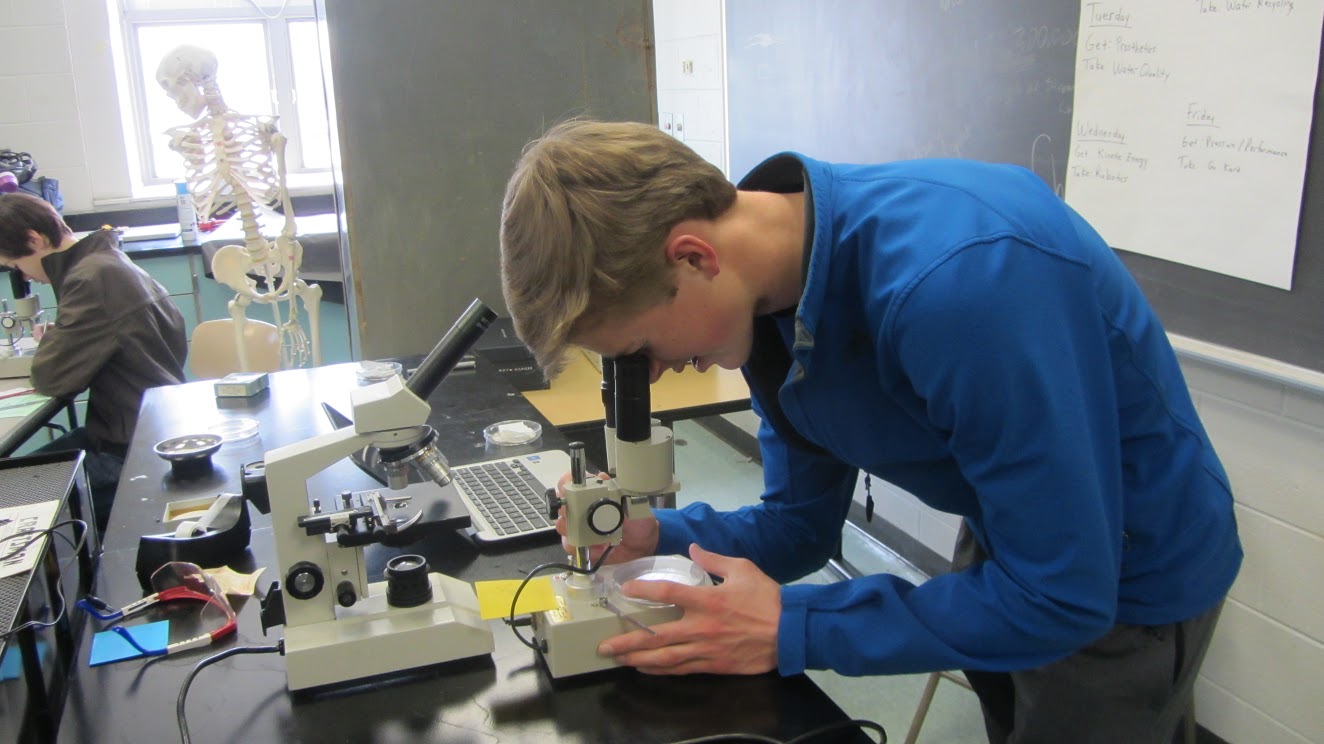 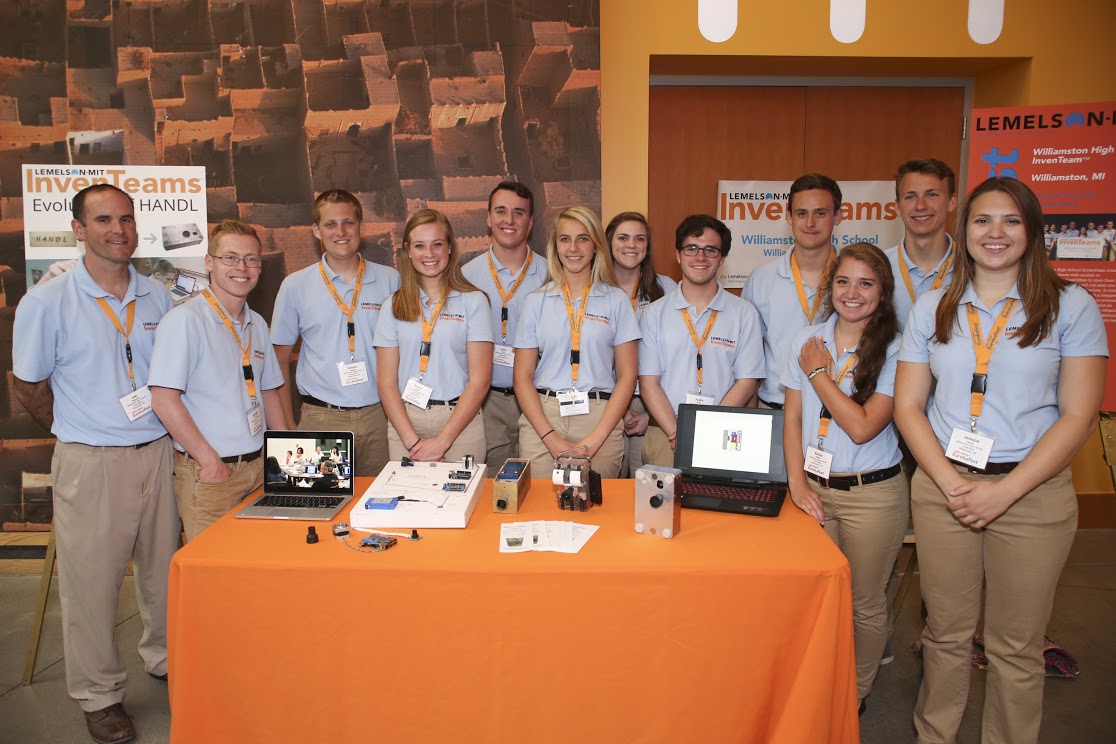 The 2016 InvenTeam (a program run by MIT) at Williamston High School received a patent on their invention, which helps students with disabilities open lockers that require a combination. Photo complementary of Joe Rasmus. 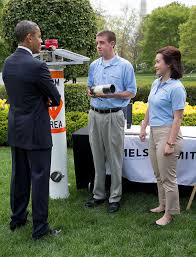 The 2012 InvenTeam (a program run by MIT) at Williamston High School presented at the 2013 White House Science Fair. Photo complementary of Joe Rasmus.