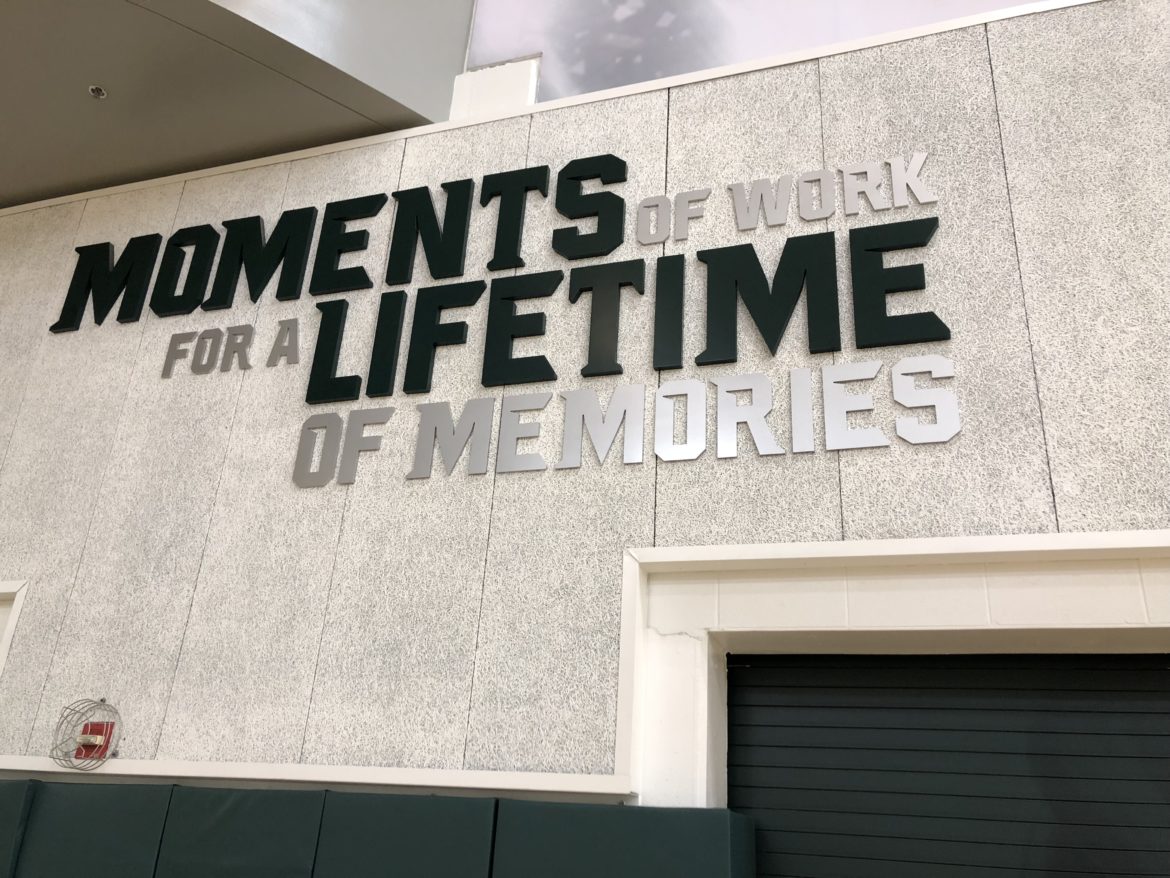 Student-athletes sometimes turn their college experiences into coaching careers. The wall of the Michigan State basketball program's practice gym includes the phrase "moments of work for a lifetime of memories."

In 2016, Jasmine Hines singed a contract to play basketball professionally in Switzerland. But fate had a different plan for the former Michigan State women’s basketball center.

“I played overseas for one year and unfortunately was injured during the offseason,” said Hines, who was four-time Academic All-Big Ten honoree for the Spartans. “I wasn’t completely sure if I wanted to continue and extend my contract.”

Hines said she talked over her situation with friends and mentors, including women’s basketball head coach Suzy Merchant.

“She had an opening for a new general assistant and I grabbed that opportunity,” Hines said.

Hines is one of many former student-athletes who has made the transition from player to coaching staff.

“For me, it’s been more of a learning opportunity so far,” said Hines, who hopes to find a career in sports administration. “You realize how much work is put in when your doing things from a different perspective now. The transition itself has been fine, it’s just more of a workload to be responsible for now.”

MSU men’s tennis coach Gene Orlando said his mentors influenced him to begin a career in coaching after playing in college.

Orlando also said it is nice to have players that you’ve never worked with on your coaching staff, but it’s even better to have players from your program as assistant coaches.

“It’s nice to bring in players from other programs because as they arrive, they get a chance to bring in fresh ideas.” Orlando said. “But having someone who has played for you or the program is better — it’s as if they provide a different level of commitment. The program means a lot to them and it’s been enjoyable for me to watch them grow.”

“I wouldn’t say that being a coach is something that I’ve always wanted to do,” said Pirmann, a former Spartan midfielder who was injured his senior year before coming back for a fifth season. “But my dad was a soccer player and had a major influence on me taking my first coaching position at Western Michigan, which later paved a way for me to come back and coach at MSU.”

Pirmann said the transition was made easier because of all the time he spent with his coaches before crossing over.

“The transition wasn’t a huge problem for me,” Pirmann said. “Things were pretty much set for seeing that I’m already familiar with the coaching staff at MSU.”

He said he’s not sure where his coaching experience will take him next.

“I’m not sure what I want to do after this chapter in my life is over.” Pirmann said. “Currently, I’m just focusing on what’s in front of me, and if something different crosses my path and I’m interested, then maybe I’ll take another route. But I’m not sure what the future holds for me.”